Applications Due: November 29, 2022
Requirements: Minimum 3.4 GPA and must be a full-time student for at least 1 year.
Applications must include: Up-to-date resume or CV required cover sheet (email to request), and a written statement describing key academic and service contributions.

Do you have questions? Stop by the Thomas H. Gosnell School of Life Sciences office (GOS-2102) or email for more information. 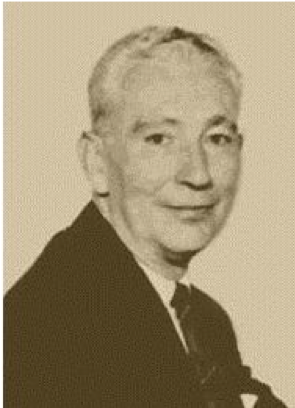 David Mark Baldwin graduated from Reed College in Portland, Oregon in 1932 with a BA in biology. He went on to earn an MS degree in bacteriology (with a minor in parasitology) from the University of California at Berkeley in 1934. Professor Baldwin did not pursue a doctoral degree; however, he held a teaching fellowship in bacteriology. He moved on to Tucson, Arizona in 1938 as a bacteriologist in charge of antigen production at the Wyatt Clinic and Research Foundation.

While teaching biology at Champlain College, he applied for a faculty position at RIT. In 1953 he was hired as a member of the Chemistry Department and taught biology, chemistry, and physics. Eleven years transpired before the Biology Department was formed.

By 1966, the College of Science had become an official entity, and the Department of Biology had expanded to include a botanist, two zoologists, a microbiologist, and the Chairman. The department faculty continued to grow and by 1971 there were seven faculty members. The hiring of faculty with fine-tuned specialization provided Professor Baldwin with the opportunity to devote himself to the instruction of introductory biology. He was one of the original instructors in the Contemporary Science sequence of courses, which used an integrative approach to teaching science to non-science majors. He was also the first RIT instructor to go "live" on closed circuit TV and the course was broadcast to numerous locations on campus. His efforts were recognized in 1968 when he was awarded one of the first RIT Outstanding Teaching Awards.

Professor Baldwin's teaching career came to a sudden and tragic end in 1975. Since there were no living relatives at the time of his death, his estate was left to RIT. It is that estate that provides the basis for the David M Baldwin Memorial Scholarships in Biological Sciences, first awarded in 1981. Shortly after his death, some of his students raised funds for the design of a memorial plaque. The bronze memorial which hangs in the first floor hallway of the College of Science, crafted by the late Hans Christensen, Professor of Fine and Applied Arts, is a tribute to Professor Baldwin's many accomplishments at RIT.