RIT scientists model how coronavirus attaches itself to human cells 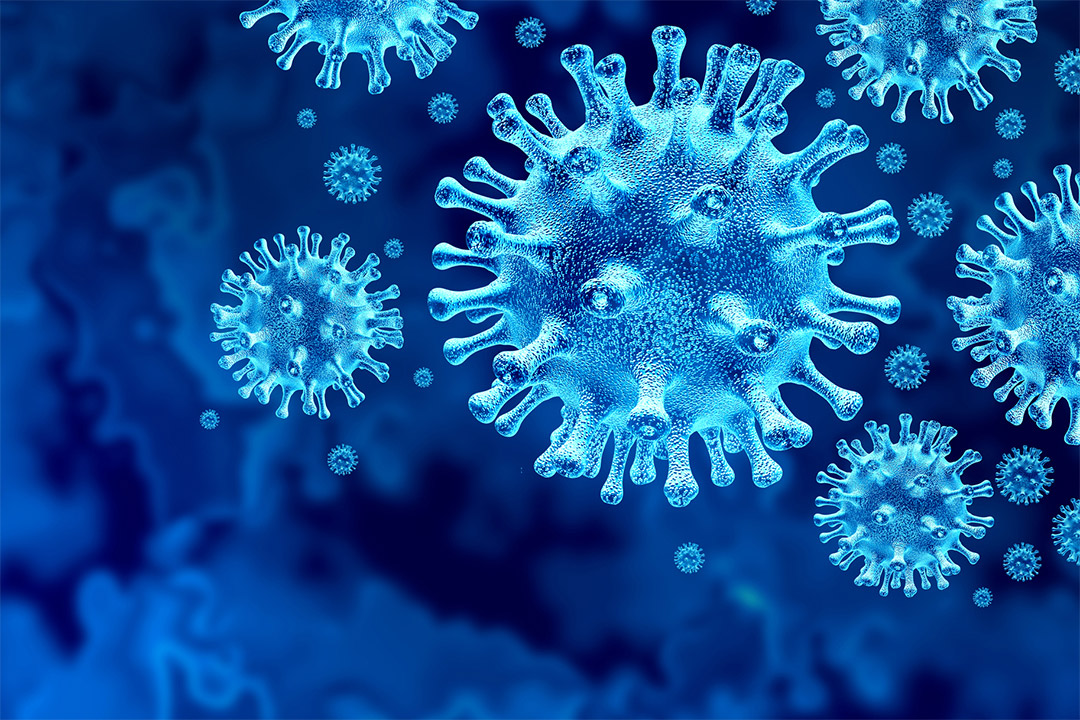 RIT scientists developed complex simulations to study how coronaviruses use their spike proteins to attach themselves to the host cells they are attacking. They hope the findings can help guide the design of future drugs and help predict how future variants might evolve to infect humans.

Rochester Institute of Technology scientists have uncovered new information about the way coronavirus and several of its variants attach to human cells. A study recently published in the Journal of Biomolecular Structure and Dynamics reveals the findings.

The researchers used code developed by Gregory Babbitt, associate professor in the Thomas H. Gosnell School of Life Sciences, to examine how coronaviruses use their spike proteins to attach themselves to the host cells they are attacking.

“We used complex computer simulations in the realm of molecular dynamics to compare the very first interaction that beta coronavirus proteins have with the host cells,” said Patrick Rynkiewicz ’20 (bioinformatics and computational biology), ’21 MS (bioinformatics), who spearheaded the study. “It’s the interaction between the viral spike protein—what’s called the receptor binding domain—and the human host cell receptor known as ACE2.”

The researchers studied SARS-CoV-2 and the alpha, beta, and gamma variants, as well as several endemic strains of coronaviruses found in humans and bats. The authors found that coronavirus grabs human cells in two main locations, and that as it evolves into new variants, its grip on its human target is tightening.

“The virus has two touchpoints with the human ACE2 receptor, one on top and one on bottom,” said Babbitt. “What was really interesting from looking at the molecular dynamics is that the earlier strains of the virus have a slippery interaction at one of the two key contact regions. It doesn’t grab well. Then what happens over time as the variants came out is that they were stabilizing and making this interaction less slippery. And when we looked back over time at the endemic human strains that have been around a lot longer—maybe at least 50 years for both of them—they don’t really have this same interaction, they just evolved to very strongly bind at the other main region of interaction.”

The authors of the study—who also include Staff Scientist Miranda Lynch from the Hauptman-Woodward Medical Research Institute and RIT College of Science’s Professor André Hudson and Associate Professor Feng Cui—hope the findings can help guide the design of future drugs and help predict how future variants might evolve to infect humans.

Babbitt initially developed code for applying machine learning to the output of these complex simulations five years ago with help from Professor Ernest Fokoue of the School of Mathematical Sciences and several biomedical engineering students. However, he did not think to use the code to study coronavirus until Rynkiewicz pitched the idea during the earlier stages of the pandemic.

After graduating in the spring, Rynkiewicz secured a job at Regeneron Pharmaceuticals as an associate bioinformatics developer where he works on code development, pipeline development, and automation to help the company produce drugs safely. He still keeps in touch with Babbitt and the two have talked about collaborating on future papers. Currently, Babbitt is now using his code to study the delta variant of the virus.

To read the full study, go to the Journal of Biomolecular Structure and Dynamics website.

This model shows where the SARS-CoV-2 receptor binding domain interacts with the human ACE2 target when the virus first attacks a human cell.