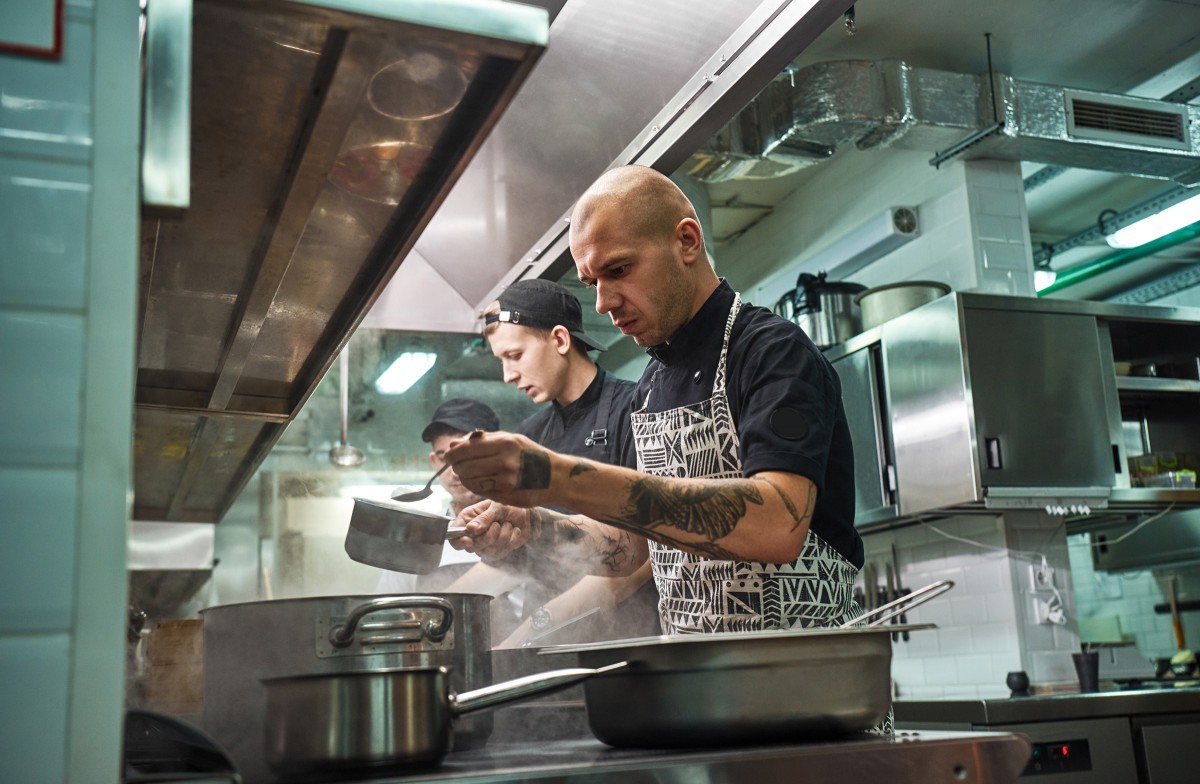 One out of every seven Americans is food insecure, yet 40 percent of all food produced in the United States doesn’t get eaten. Wasted food is a solvable problem, which is why a group of restaurateurs in Rochester, New York, have begun working together to end it.

Representing eight restaurants, the group met for the first time in November 2019 as part of an initiative launched by the New York State Pollution Prevention Institute (NYSP2I). The meeting was organized by NYSP2I in partnership with the Center for EcoTechnology (CET). It was hosted by Kelly Bush, president of the Rochester chapter of the New York State Restaurant Association (NYSRA), at her restaurant Marshall Street Bar and Grill. NYSP2I wanted to learn from area restaurants who are already tackling wasted food as part of their operations. The inaugural meeting aimed to spark a conversation between restaurants and to set a foundation for future collaboration. A recycler of food waste, two food-waste haulers, and one food bank were also represented at the meeting.

The Rochester event coincided with another meeting in New York City to capture different perspectives from around the state.

At a very high level, addressing wasted food falls into three basic categories: prevention, donation, and recycling. Wasting food is expensive, so preventing it from happening in the first place is the best strategy. By tightening its purchasing and food-preparation practices in the kitchen or updating menu offerings, a restaurant can save money through the elimination of surplus food that ends up as waste. Donating perfectly good-to-eat food to people who need it is another tactic for avoiding waste when preventing it isn’t possible. When food cannot be donated, it can be used as a resource for industry or agriculture. Composting is the most common method. Other methods exist, too, such as anaerobic digestion and dehydration. Food scraps and post-use fats, oils, and greases can be used as a raw energy source to make biodiesel or as a material for making products like soap or soil amendments.

Melissa Hall manages the Sustainable Food Program at NYSP2I, and organized the event with her colleague, Ava Labuzetta. Although the two put the event together, they didn’t lead it.

“We want this project to be driven by the restaurants—what they’ve experienced, what has worked, and what hasn’t. They’re the ones who understand food waste first-hand and are tackling it daily,” Labuzetta said.

In other words, the attendees on that snowy morning were well aware of the food-waste problem—what they needed were new ideas and tools for addressing it. Hall and Labuzetta aimed to build on that energy. “We’re here to provide the bandwidth and extra support to listen, distill their expertise, and make sharing that information as easy as possible,” Labuzetta added.

It took just one meeting for the group to identify the common problems they faced. Attendees discussed smarter purchasing and planning, donating food to ease food insecurity in Rochester, and the complex logistics of recycling uneaten food.

Other quick-to-implement tactics also surfaced through the group's conversation. For example, a few of the restaurants worked with farms to buy off-cuts or chose to purchase underutilized ingredients for chefs to be inventive with. Others used messaging to convey their initiatives as a team effort in service of a larger push for sustainability.

Perhaps the most important outcome of the meeting was the collective decision to create a working group. This would be led by the businesses themselves to share ideas and to provide mutual support. They discussed sharing training resources for staff, organizing tours of local solution providers (like a food bank or an anaerobic-digestion facility), and hosting workshops to develop the group’s core competencies.

The meeting was only a first step towards what Hall and her team hoped would become a peer-to-peer network. If successful, it would strengthen practices that work, avoid common pitfalls, and even lead to new initiatives. NYSP2I would serve as a facilitator for the group, documenting best practices and providing relevant tools and training where needed.

On January 1, 2022, New York State will be joining other U.S. states that have passed legislation to divert or limit food waste going to landfill. The Food Donation and Food Scraps Recycling Law will require businesses to donate uneaten food or to recycle food scraps if they produce two tons or more of either per week. The law will not apply to most Rochester restaurants because they’re too small, but the tools and best practices they develop will likely serve as useful resources for larger restaurants and other food-service businesses across the state.

NYSP2I worked closely with CET, a nonprofit based in Massachusetts that has helped restaurants to reduce food waste in accordance with that state’s now six-year-old law, the Commercial Food Material Disposal Ban. CET’s insights from past experience helped the NYSP2I team to avoid pitfalls. NYSP2I also sought the guidance from leading organizations, like NYSRA, the National Resources Defense Council (NRDC), Common Ground Compost, and the James Beard Foundation, which have made impressive steps in addressing wasted food within the restaurant industry. This consultation helped Hall and her team to design the project in a way that would make it easy to scale up for statewide implementation.

The restaurateurs who attended the November meeting are already taking action to cut down how much food waste they produce—most restaurants are not. Still, these early adopters know that there is a lot of work yet to do before reaching food-waste sustainability. The intention behind NYSP2I’s restaurant-led program is to create a snowball effect. As the network evolves and hopefully succeeds, it will attract other businesses and enroll more resources.

“I found it useful to know there are other businesses that are putting forth an effort towards sustainable practices,” said Candace Doell, executive chef at Owl House, a popular restaurant just a few doors down from where the meeting occurred near Rochester’s downtown. The meeting inspired Owl House staff to double-down on their composting of food scraps and paper goods. “We were able to reduce one whole dumpster pickup weekly,” Doell added.

Doell also saw an opportunity for achieving more as part of the proposed working group: “I would like to see more initiatives taken on a political and state level. Could you imagine the kind of change that might actually be happening if you only gave people the chance to compost?”

But, even before any legislative action is taken, there are things that restaurants can work together to improve on their own. Like food donation.

When restaurants close for the night, they usually have a surplus of food that, more often than not, gets thrown away. Excess prepared food from restaurants tends to fall through the cracks when it comes to donation: It’s often in small amounts and only available late at night.

Foodlink, Monroe County’s food bank, gave an overview at the meeting of what food-donation programs are available to restaurants in the region. But it was a learning opportunity for Foodlink, too. The nonprofit largely works with retailers, manufacturers, and wholesalers, and has less bandwidth to work with smaller restaurants. One clear takeaway from the first meeting for NYSP2I was the need to develop reliable, alternative solutions for getting surplus food to people who may need it locally.

The restaurateurs found that they shared plenty of common ground when it came to other problems, too. For example, staff participation, both in terms of interest and skills, can be difficult to cultivate.

And there’s the increased cost that comes with composting and other food-recycling services. It’s an initial expense, even if savings are realized through purchasing in the long term. A dedicated refrigerator for keeping food for donation can make a major difference in terms of logistics, but that’s a costly asset investment. Many in the group expressed interest in seeing the availability of public funds for these kinds of purchases, since most existing funding is not available to small businesses (which most restaurants are).

Genuinely sustainable menus give chefs the creativity to change it often, allowing them to adapt to supplies or adjust recipes depending on available ingredients. Unfortunately, customers tend to have little patience for fast-changing menus. They expect consistency, while most, though certainly not all, are reluctant to pay more for the sake of a restaurant “doing good.”

Bringing stakeholders together to talk openly about the problems they are facing and what they hope to achieve helps to bridge knowledge gaps, sometimes immediately. This user-driven strategy is key to NYSP2I’s larger approach to addressing food waste. It gives businesses and community members agency in building solutions, leaving NYSP2I’s trained staff to provide technical and scientific expertise where and when it is needed. But most importantly, by coming together to share insights and ideas last fall, the Rochester restaurateurs kick-started an initiative that will give their peers across New York State new ways to stay competitive by tackling wasted food.

Funding provided by the Environmental Protection Fund as administered by the NYS Department of Environmental Conservation. © 2020 Rochester Institute of Technology. Any opinions, results, findings, and/or interpretations of data contained herein are the responsibility of Rochester Institute of Technology and its NYS Pollution Prevention Institute and do not necessarily represent the opinions, interpretations or policy of New York State. 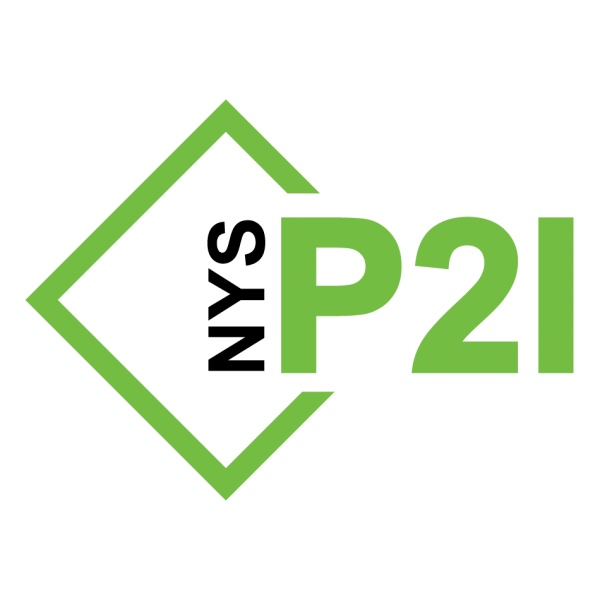 The New York State Pollution Prevention Institute (NYSP2I) works with government programs and Empire State businesses, communities, and nonprofits to give them the practical resources, tools, and solutions needed to realize the benefits of sustainability for our economy, environment, and our society as a whole.