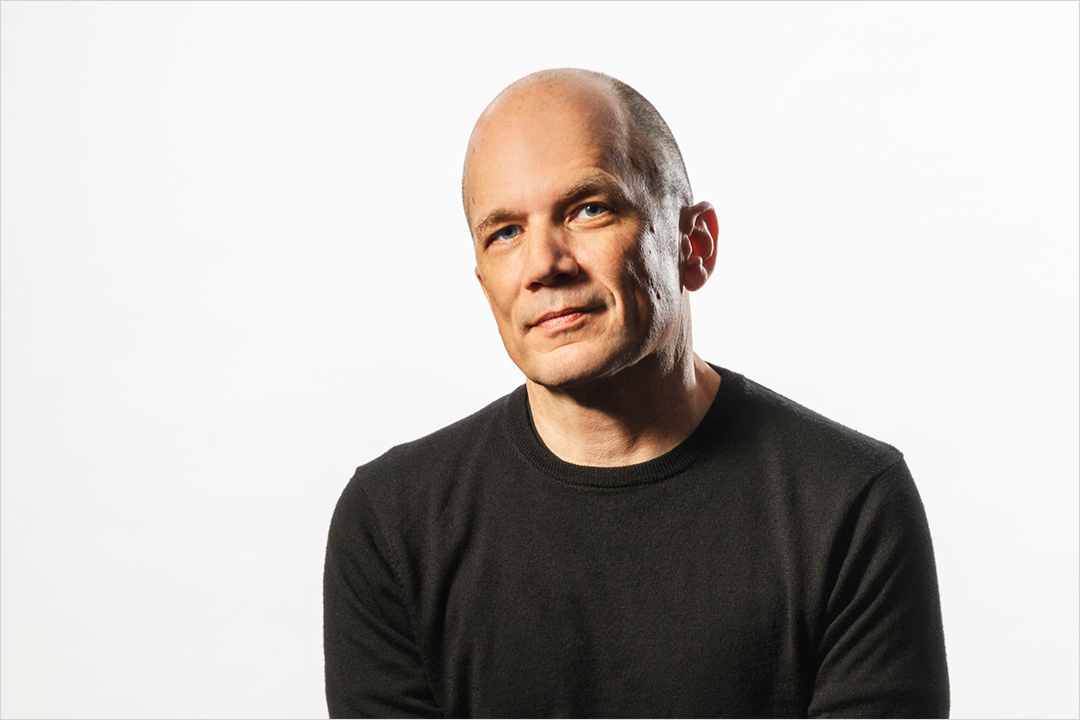 Architect Michael Maltzan, whose firm is the design architect behind RIT’s performing arts complex, will be the featured speaker for the Vignelli Center for Design Studies’ Design Conversations Lecture Series on March 17.

Architect Michael Maltzan, whose firm is the design architect behind RIT’s performing arts complex, will be the next featured speaker for the Vignelli Center for Design Studies’ Design Conversations Lecture Series.

The award-winning design principal of Michael Maltzan Architecture is scheduled to deliver his talk at 4 p.m. Thursday, March 17, in the Wegmans Theater inside MAGIC Spell Studios. A Zoom option to attend the lecture also is available.

While the live event is only open to RIT students, faculty, and staff, a rebroadcast will be made available through series media partner Design Milk. The lecture series also is made possible through the support of RIT’s MAGIC Center.

“We are truly delighted to include Michael Maltzan in our Vignelli Design Conversations lecture series,” said Josh Owen, the Vignelli Distinguished Professor of Design and director of RIT’s Vignelli Center for Design Studies. “His thoughtful vision for RIT’s performing arts complex is rooted firmly in the historic design of the original campus combined with a bold and innovative posture towards our collective future. The Vignelli Center for Design Studies looks forward to welcoming a kindred spirit into our midst.”

With the increasing number of RIT students involved in performing arts expected over the next few years, plans are moving forward for a performing arts complex that will feature a 750-seat theater and eventually a 1,500-seat orchestra hall for larger audiences. The first phase is expected to be completed in January 2024.

Maltzan’s talk will address how increasingly the traditional role architecture has occupied as both discipline and profession is confronting necessary and inevitable transformations. According to Maltzan, politics, economics, equity, accessibility, sustainability, and reshaping the work and forms of architecture and practice are challenging the singularity of the architects’ role as participant, facilitator, and author in this evolving dynamic.

During the past quarter century, Maltzan has worked at the intersection of many of these questions and will discuss the evolution of architecture’s role in that changing context as seen through the work of his Los Angeles-based firm.

Maltzan received an M.Arch degree from the Graduate School of Design, Harvard University, and BFA and B.Arch degrees from the Rhode Island School of Design. He is a Fellow of the American Institute of Architects and received the 2016 AIA Los Angeles Gold Medal. He is a recipient of the American Academy of Arts and Letters Architecture Award and was elected to the National Academy of Design in 2020. In 2021, the Society of Architectural Historians presented him with its Change Agent Award. He currently serves on the Dean’s Leadership Council at the Harvard Graduate School of Design and the Visiting Committee to the GSD. He was featured in the Canadian Centre for Architecture’s 2019 film, What It Takes to Make a Home, delivered the 20th Annual John T. Dunlop Lecture for the Joint Center for Housing Studies of Harvard University, and his work was named one of the 25 Best Inventions of 2015 by Time magazine.

Maltzan’s work has gained international acclaim for innovation in both design and construction. It has been recognized with five Progressive Architecture awards; 47 citations from local, state, and national chapters of the American Institute of Architects; the Rudy Bruner Foundation’s Gold Medal for Urban Excellence; the Zumtobel Group Award for Innovations for Sustainability & Humanity in the Built Environment; and a 2020 Best of the Millennium AIA LA Honor Award. The firm and its projects have been widely featured in national and international publications and have been exhibited in museums worldwide, including the Museum of Contemporary Art Los Angeles, Museum of Modern Art New York, the Heinz Architectural Center, the Canadian Center for Architecture, and the Carnegie Museum of Art. The firm’s work was selected for the 2006, 2018, and 2020 La Biennale di Venezia.

The Vignelli Center’s Design Conversations Lecture Series presented by Design Milk and made possible, in part, by the generosity of Chris Bailey ’80 (professional photography) and Bailey Brand Consulting, has featured a wide variety of diverse designers whose compelling work has made important impacts on the design world. The collaboration, announced in 2020, marked a first-of-its-kind partnership for the Vignelli Center with the popular online design destination.