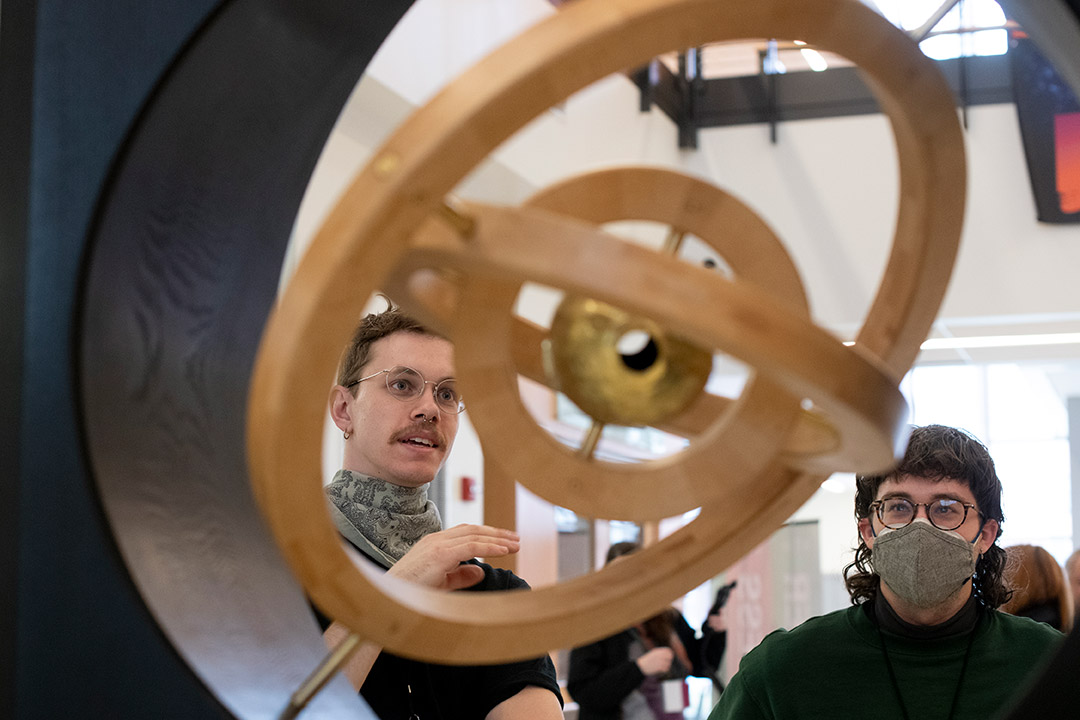 After two years in the furniture design MFA program and a road trip to visit the best art and craft programs in the United States, Alex Jarus has found their place as an artist.

The COVID-19 pandemic was the impetus behind Jarus’ decision to pursue a master’s degree. They had graduated from the University of North Carolina School of the Arts in 2020 with a BFA in design and production. But, since the pandemic had caused most theaters to close, Jarus decided to capitalize on their time during the pandemic to pursue their dream of earning a master’s degree. This would open the door for Jarus to switch from fabricating work for others to designing and making art for themselves.

Jarus began at RIT in the industrial design MFA program but soon realized that furniture design fit their interests far more, so they switched programs. They describe experiencing both successes and struggles in their first year of furniture design. At the end of this first year, they considered dropping out. But they returned the next school year with a recommitment to being an artist.

“I realized that I’d be making a mistake by dropping out of grad school,” Jarus said. “I had this great opportunity ahead of me and, if I was going to do this, I was going to put 110 percent into it.”

This led to Jarus’ creation of the piece they describe as a pivotal moment in their graduate career. In the fall of their second year, Jarus had to create a reliquary to store an important object. They decided to make a reliquary for memories. 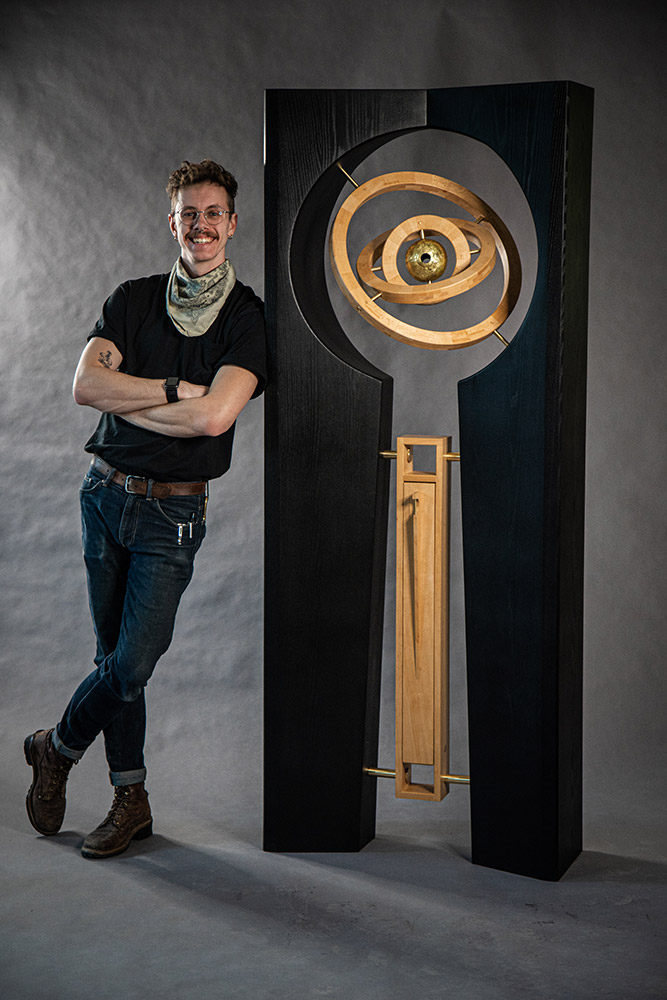 So, they began with three rings inspired by an armillary sphere. To Jarus, the rings represent the interlocking connections of the past, present, and future. At the center of the rings they placed a core that, to them, acts as the conscious mind. Then, taking inspiration from brutalist architecture, they aimed to create a piece grounded in time.

“I wanted the piece to feel like it could have been from a long lost civilization or far off in the future,” Jarus said. Near the base lies a repository for small tokens associated with memories, like ticket stubs or a folded letter. Jarus named the completed piece Intangible Relic.

“I think that was the defining moment in which I realized that I’m here to try to be an artist, and it’s time for me to make the work I want to make,” Jarus said.

The summer after Jarus’ second year further cemented their love for being an artist. Jarus explained that Andy Buck, a professor in the School for American Crafts, had encouraged them to pursue an RIT scholarship for a summer class at the Anderson Ranch Arts Center in Snowmass Village, Colo. Anderson Ranch is what Jarus calls one of the “big three” craft schools. After earning RIT’s scholarship for a class at Anderson Ranch, Jarus also earned a position at another “big three” craft school, the Penland School of Craft near Asheville, N.C. Jarus made a road trip across the country to participate in these two experiences as well as to camp, hike, and tour art galleries along their route.

“Anderson Ranch and Penland School of Craft are their own little worlds, and you’re just surrounded by artists,” Jarus said. “The experiences made for a really interesting impact on my art career, and I made some friendships and connections, while also learning so much.”

Jarus returned to RIT this fall to continue their MFA. With their inclusion of a third year in their degree, they are able to continue teaching other students and to have more time to focus on their thesis. “The topic of my thesis is exploring moments of great change. I’ve been calling them threshold spaces,” Jarus said.

While Jarus is unsure what they might pursue after graduation, they have found their artistic niche. “I consider myself a sculptural and furniture artist of the absurd and occasionally functional.”