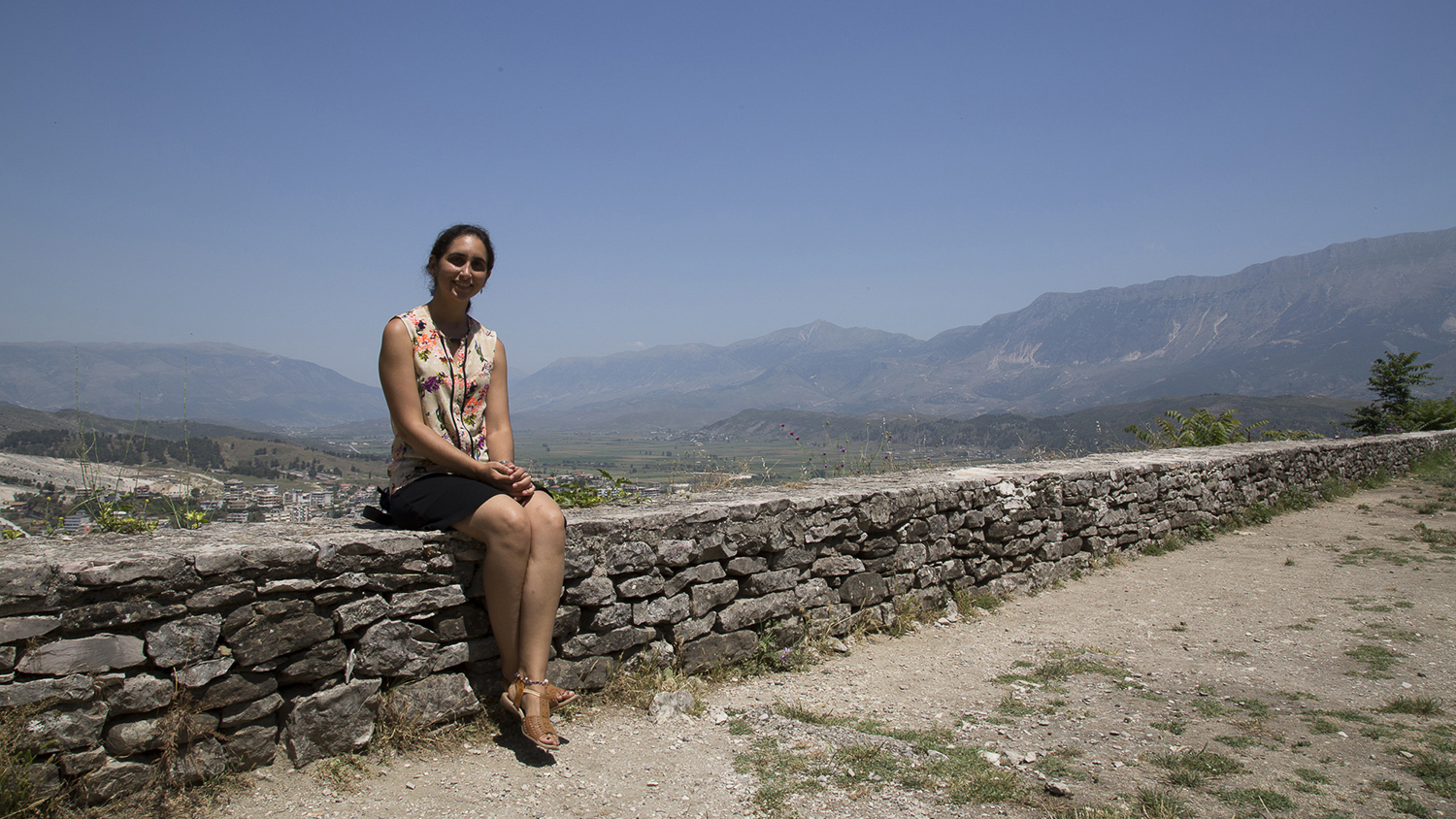 For the second summer in a row, a School of Photographic Arts and Sciences professor is taking her classroom on RIT’s Kosovo campus.

Meredith Davenport, who teaches photojournalism in the College of Art and Design, will instruct a course called Documentary Projects in Kosovo from June 18-July 28. It’s part of the RIT Kosovo (A.U.K) Peace and Conflict Summer Program that educates students on the history, politics and economics of violent conflict, and the dynamics of ending it.

Nine RIT Rochester students — along with six from the university’s Kosovo location — from numerous disciplines are enrolled in Davenport’s class. Represented areas of study include film and animation, graphic design, journalism, international and global studies and photojournalism, which is the most prevalent major of the participants.

A couple of additional CAD faculty members will pay a visit to Davenport’s Kosovo class for observational purposes.

Davenport asked two School of Film and Animation professors — MJ Blanchard and animation program chair Brian Larson — to consider teaching a class in the Peace and Conflict Summer Program next year. So Blanchard and Larson are making the overseas trip together to study the possibility of making that happen.

Larson said they are exploring adding Animated Documentaries to the curriculum. As such, they would like to see if the class could be completed in one summer in Kosovo, or if a supplemental fall course would be needed to complete the animations.

“I ran an interdisciplinary course with a similar structure, so I have a little groundwork on what could be done in Kosovo, should it require it,” Larson said.

Larson said he and Blanchard plan to leave June 23 and return June 30, speaking with students in Davenport’s course, viewing the international campus’ facilities and talking with program organizers in between.

The idea is to get a better overall feel for how feasible it would be to teach a Kosovo summer course in the future. Larson said they have even been in contact with Kosovo journalists to gauge the type of access to interviews and stories in the region students would have.

Davenport said she thinks an animated documentaries class would suit the summer program’s “post conflict transformation” theme. Davenport also said she initially reached out to Blanchard and Larson, in part, because of the Anibar Animation Festival that Kosovo holds.