Photographing snowflakes in the winter is something I look forward to with great anticipation. It is much like fishing and preparing for the hunt of the next great snowflake photomicrograph. I never know when the conditions will be right. In many ways, photographing ice crystals is much like being on the fire brigade. You have to be ready because the event may be short lived. Here are this season's best to date. 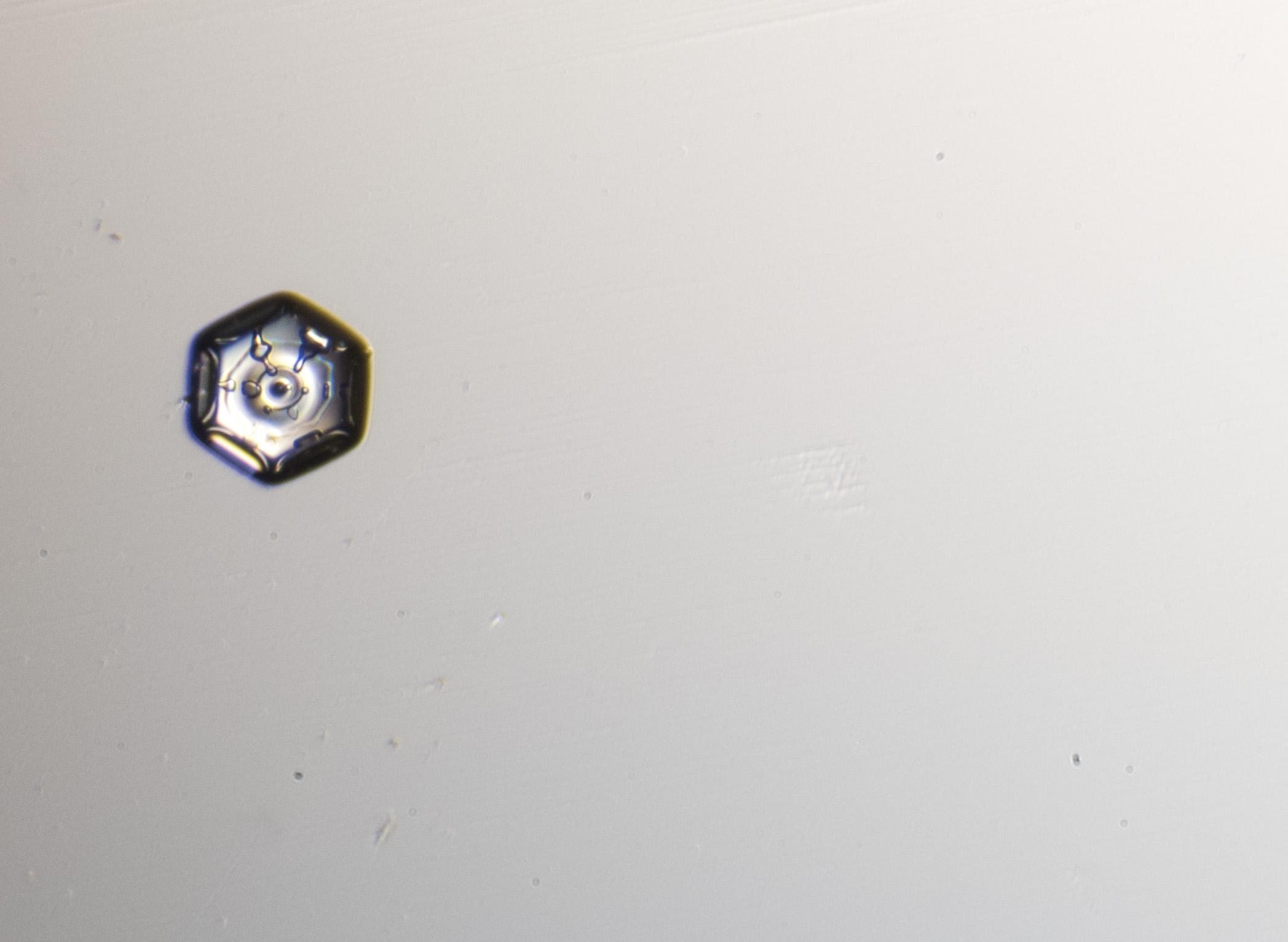 November 18, 2014 it began to snow for the first time of the season. I was ready to make photomicrographs. The flakes were truly microscopic and contained only platelets. This photograph reveals an ice crystal at 50 times magnified and it is still very small. 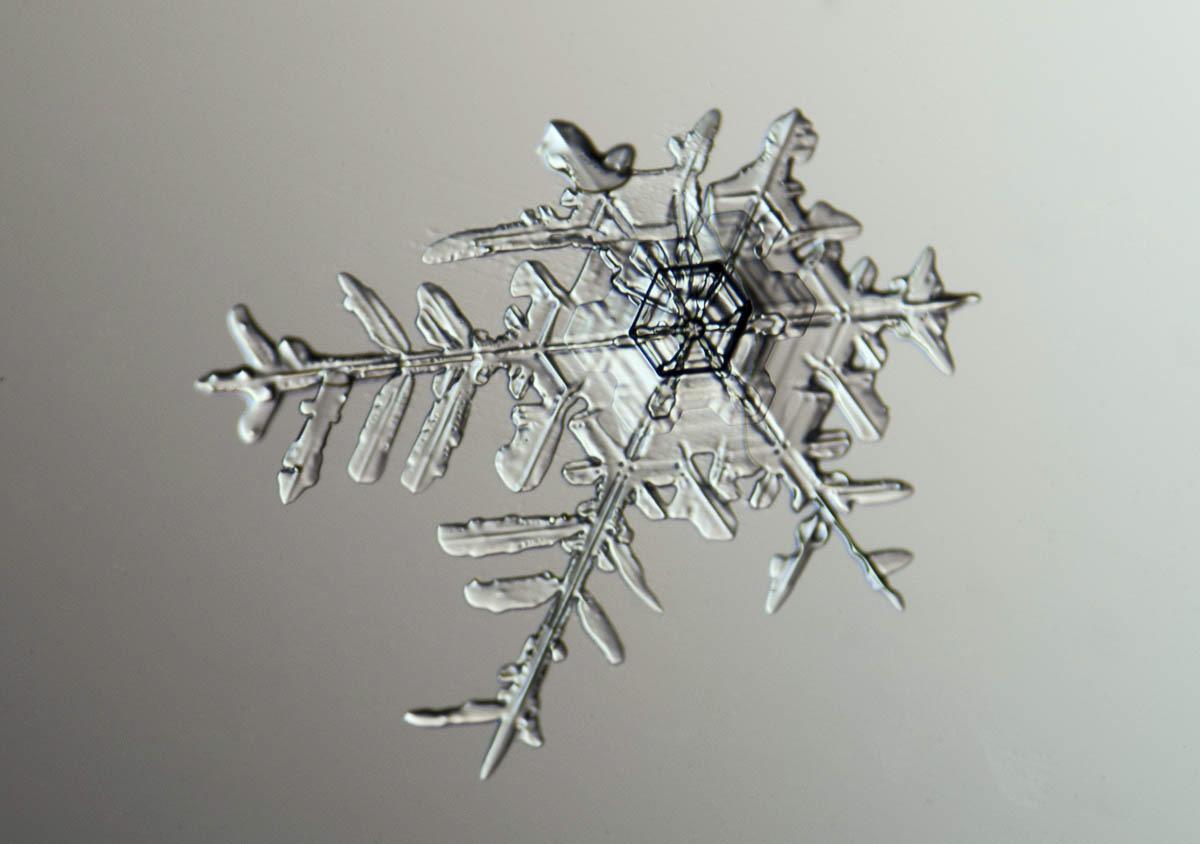 December 30th, it began snowing but it was quite warm at 29F. My garage is always a few degrees warmer than the outside temperatures and it creates a challenge to photograph the snowflakes, which were almost good. I had less than a minute to make most of the following photographs. 9:00am - Snowflake No. 1 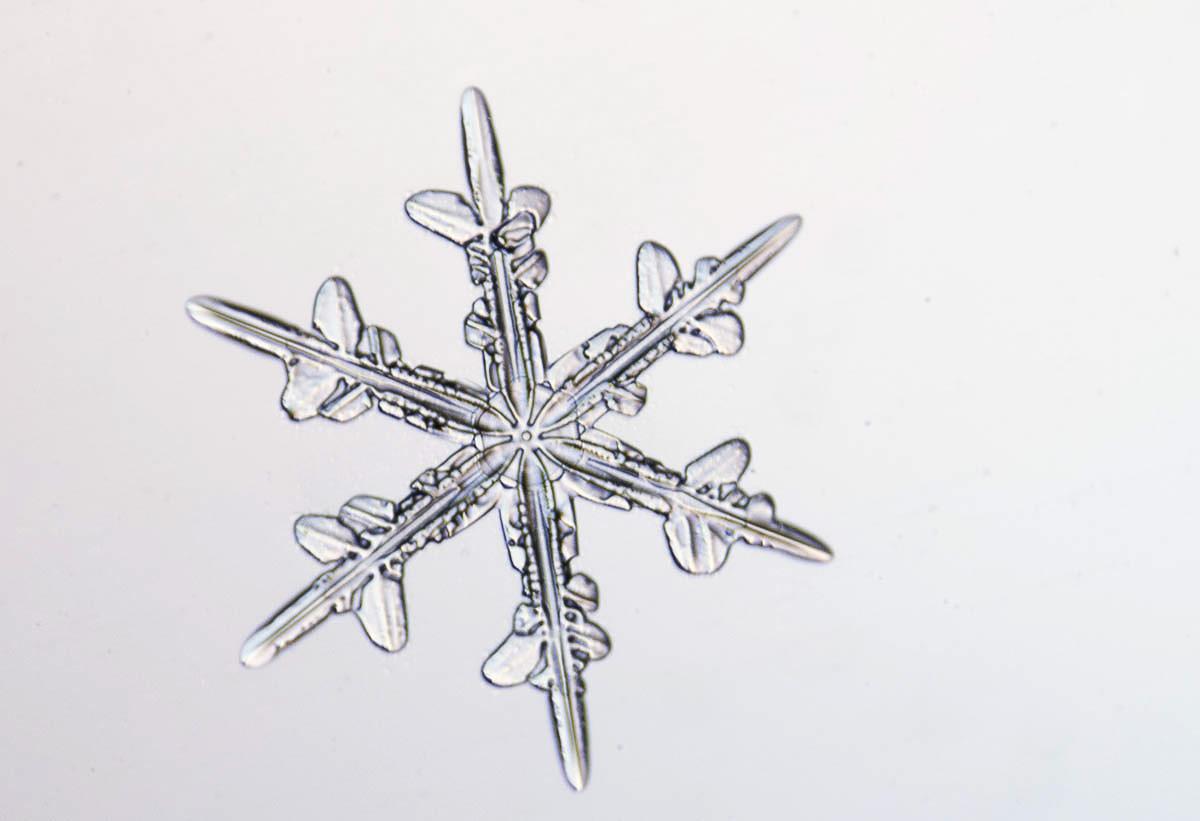 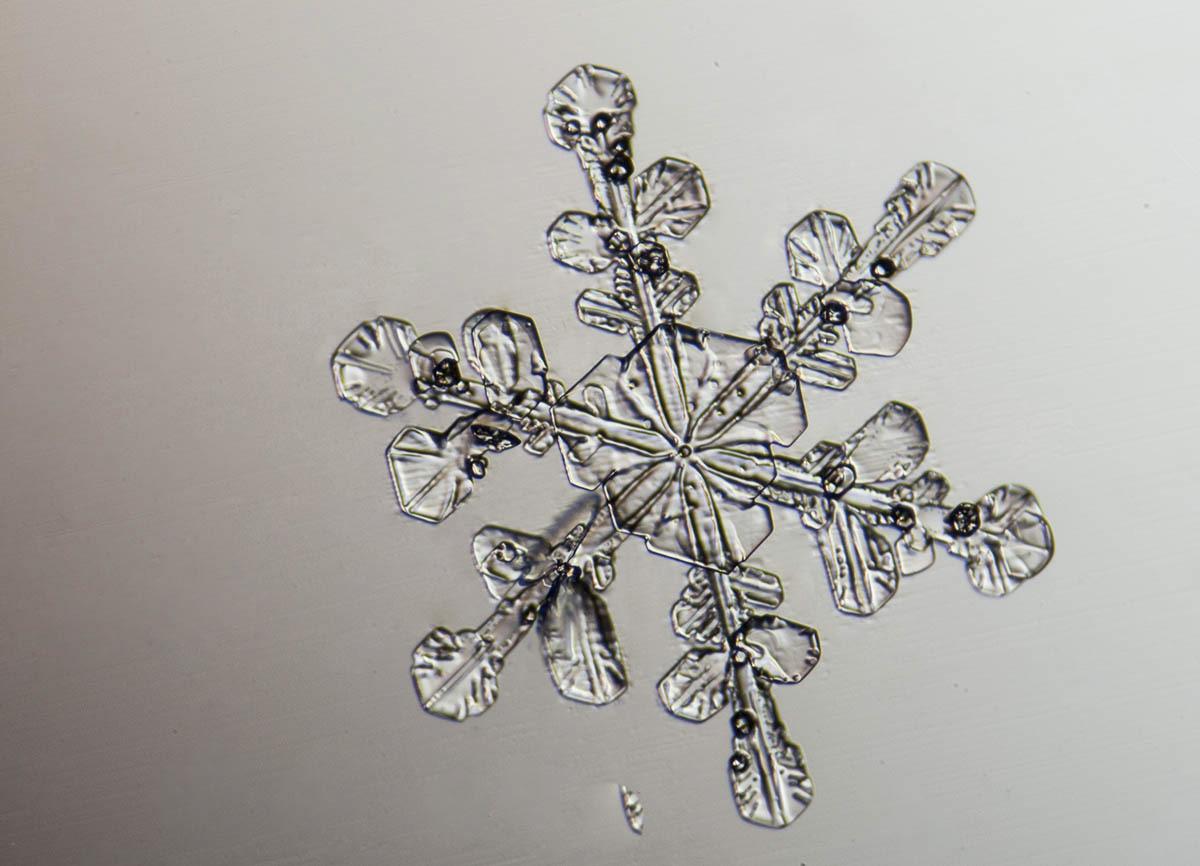 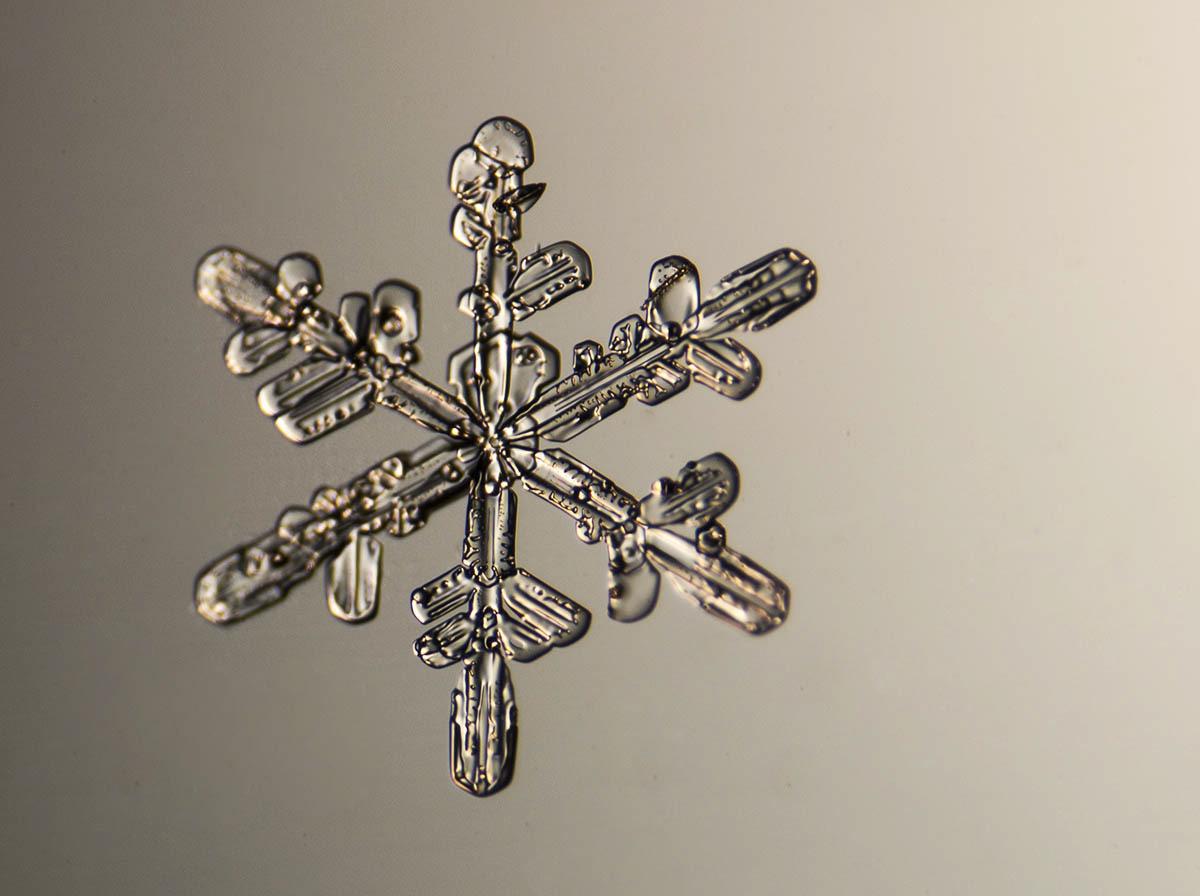 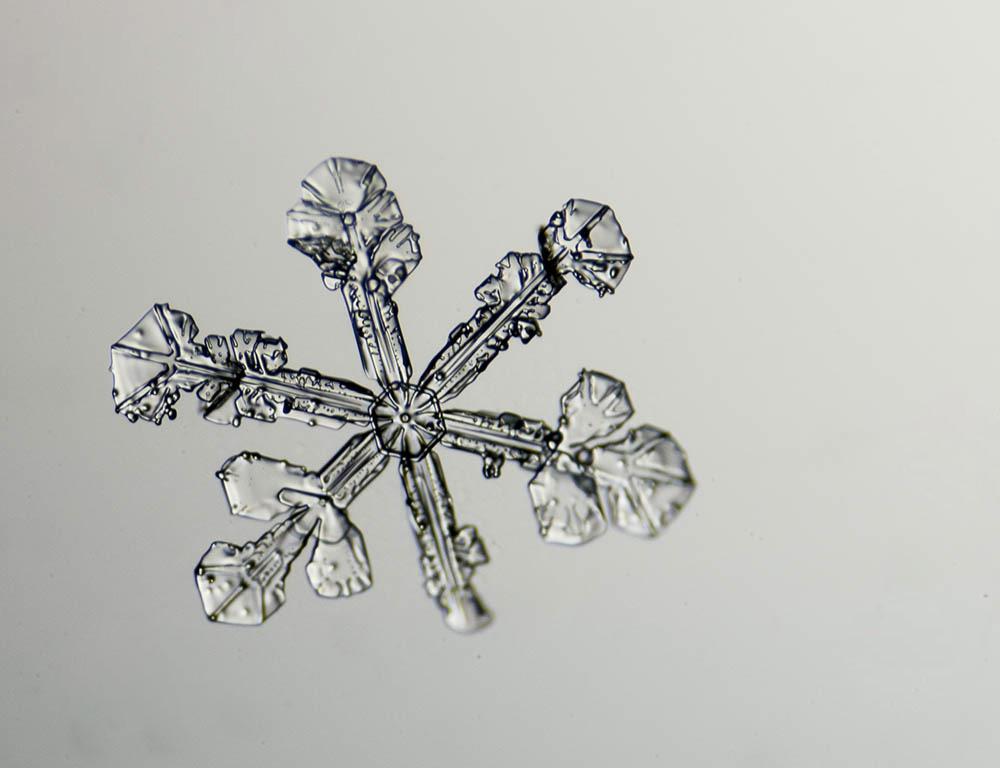 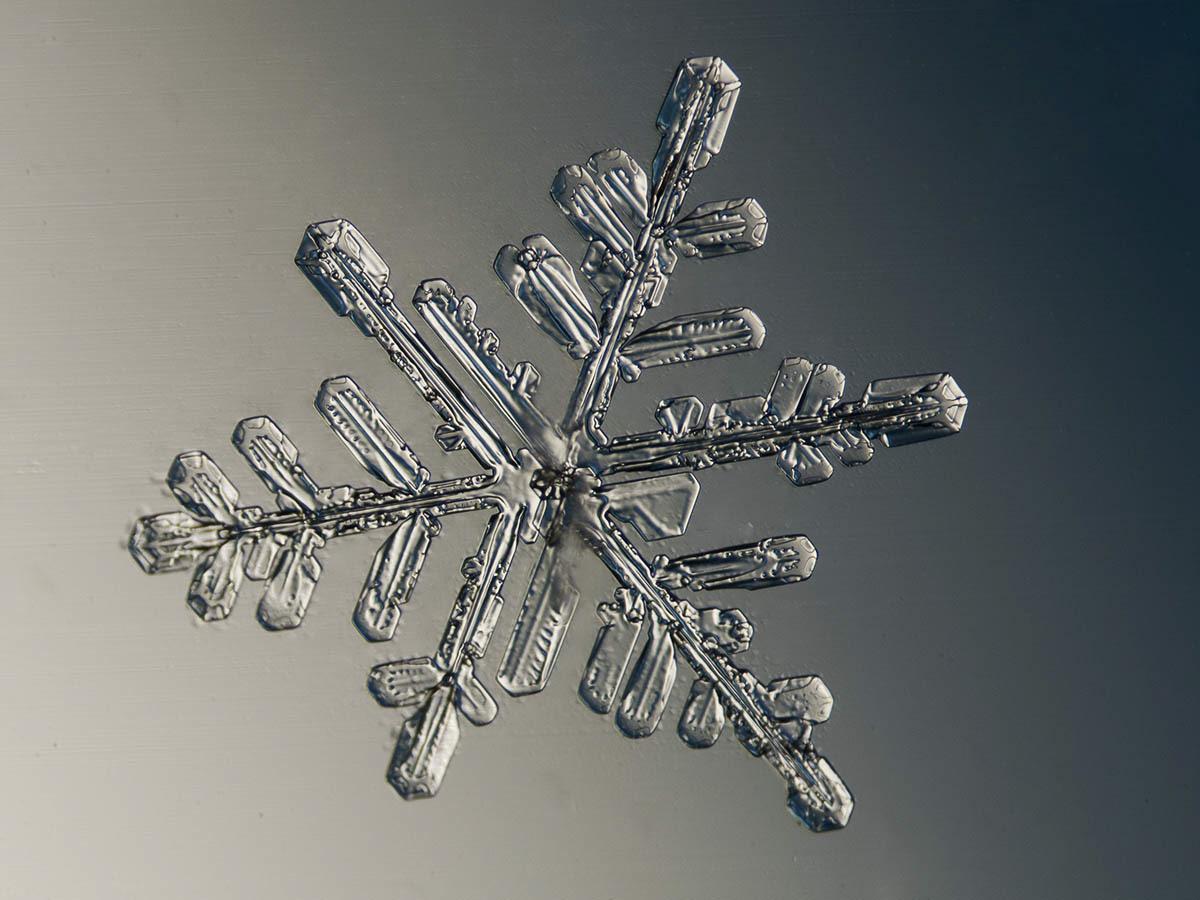 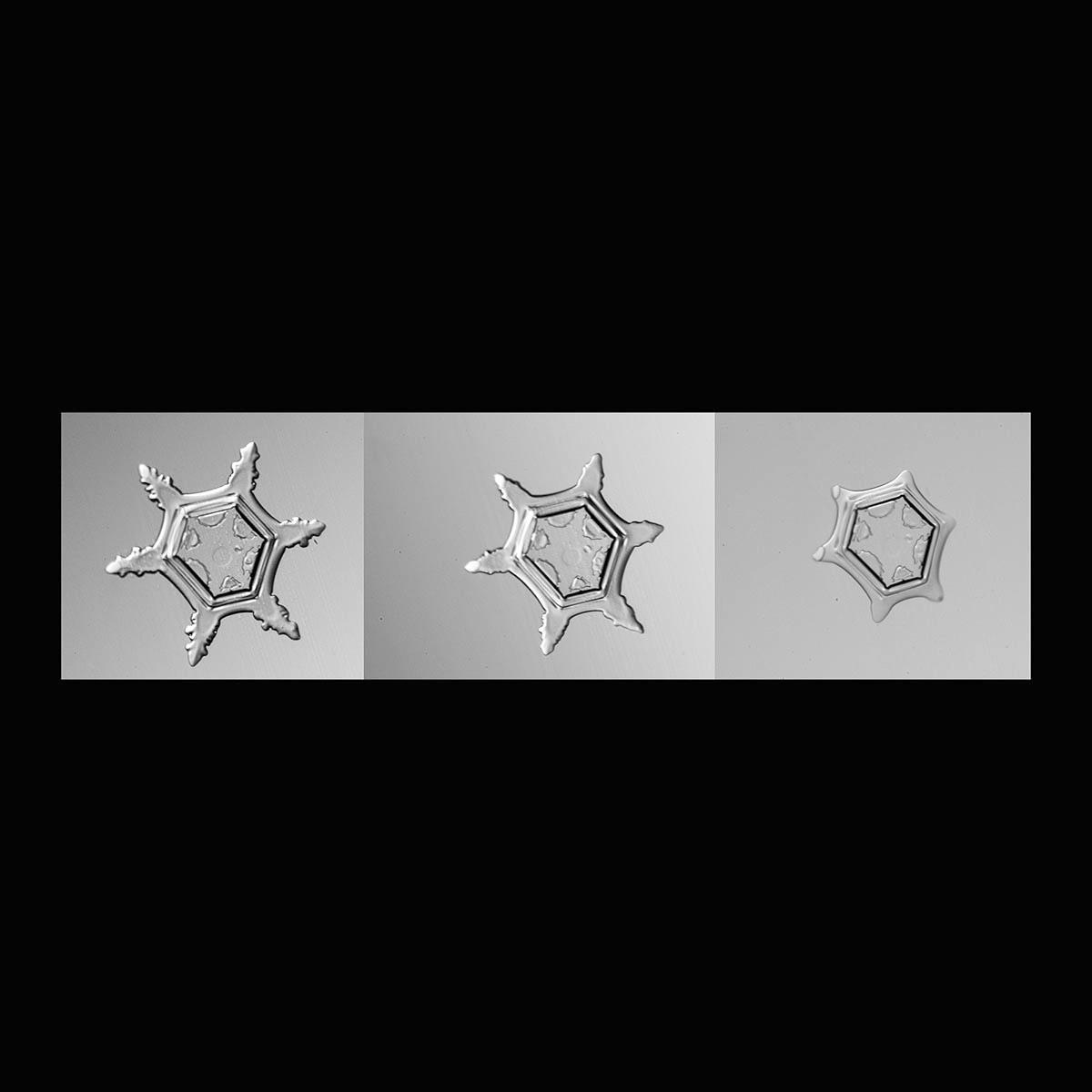 It is interesting to note. Snowflakes often do not actually melt when I photograph them, but they evaporate. This is a process called sublimation. The time difference between image one on the left and image three on the right was 30 seconds. 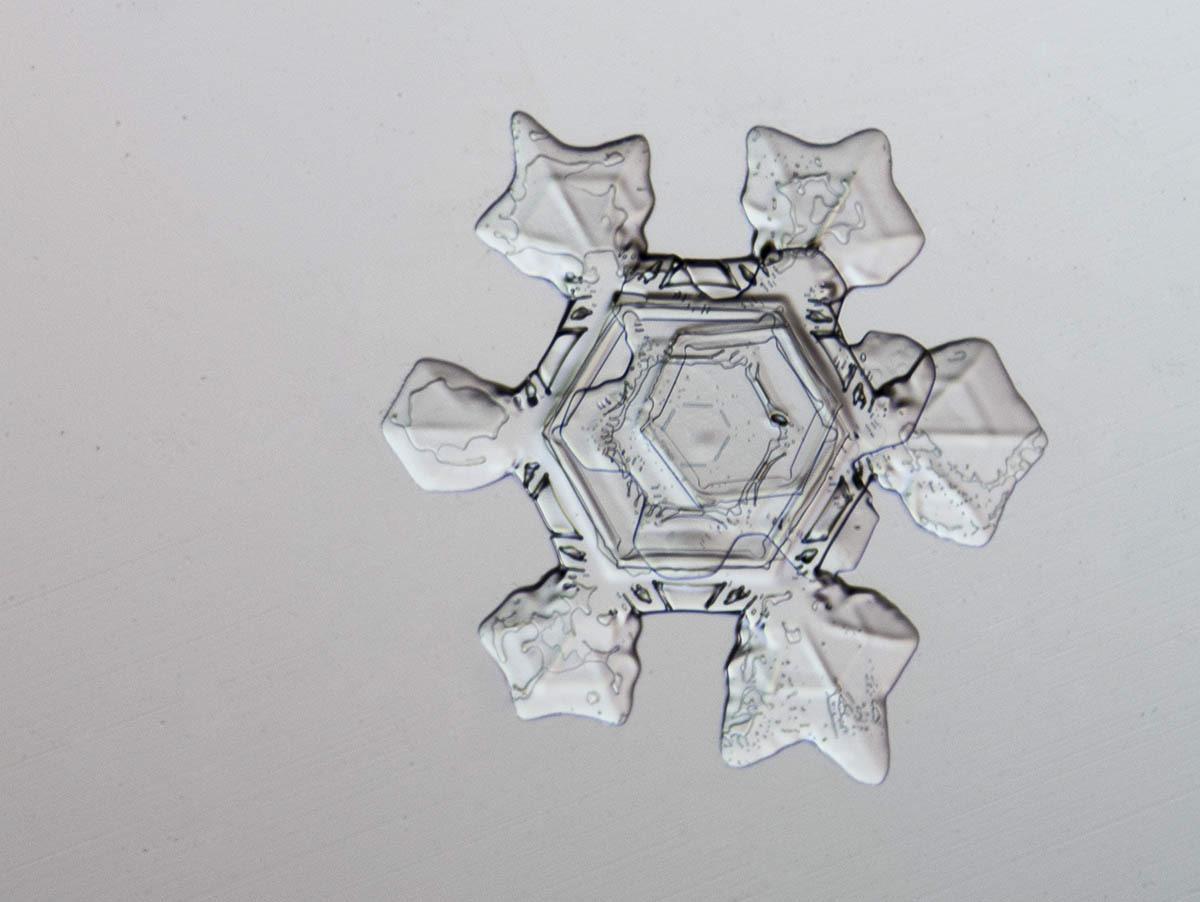 December 31, 2014 I thought there was going to be a great band of snow in the area after finding the above featured image. This photograph was made at 4:00pm and the outside temperatures were in the mid 20's. Snowflake No. 1 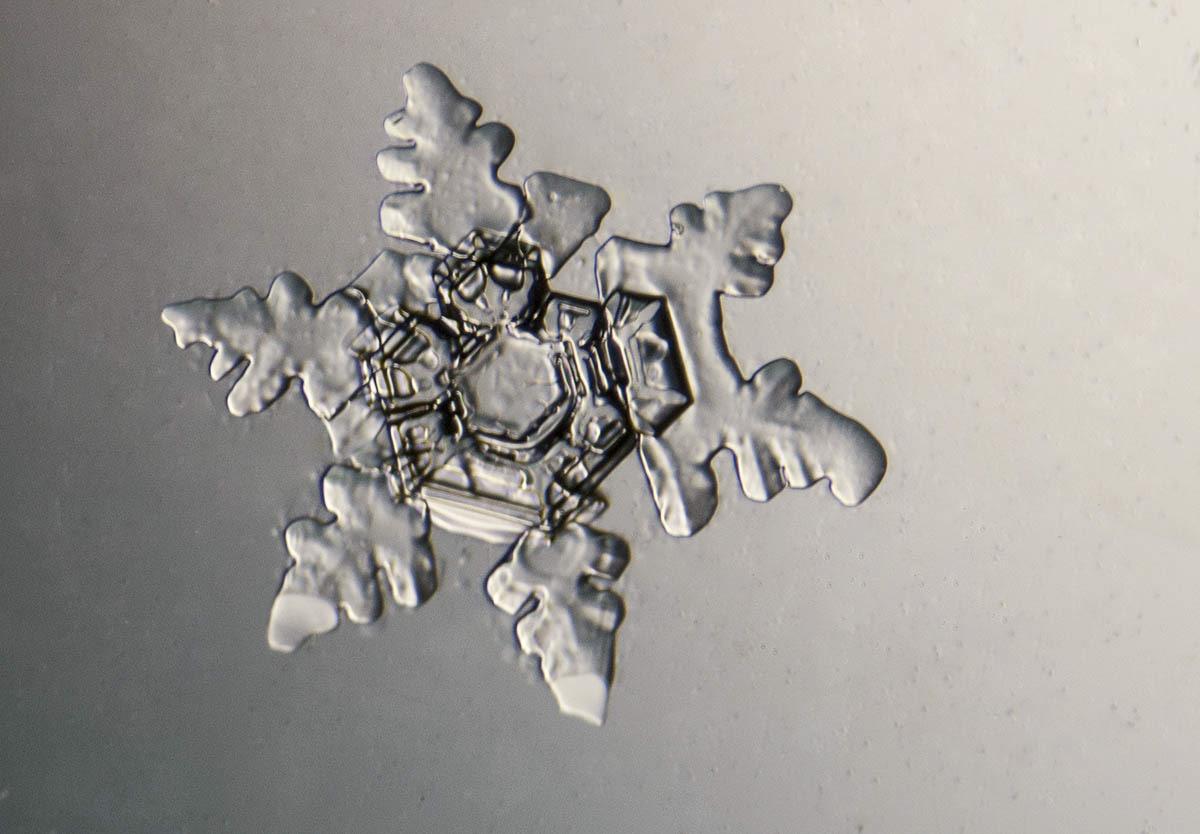 Because I was not expecting to photograph, the garage temperature was not acclimated to the outdoor temperatures. Within minutes of working, every flake I captured was melting when placed onto a glass slide... :( 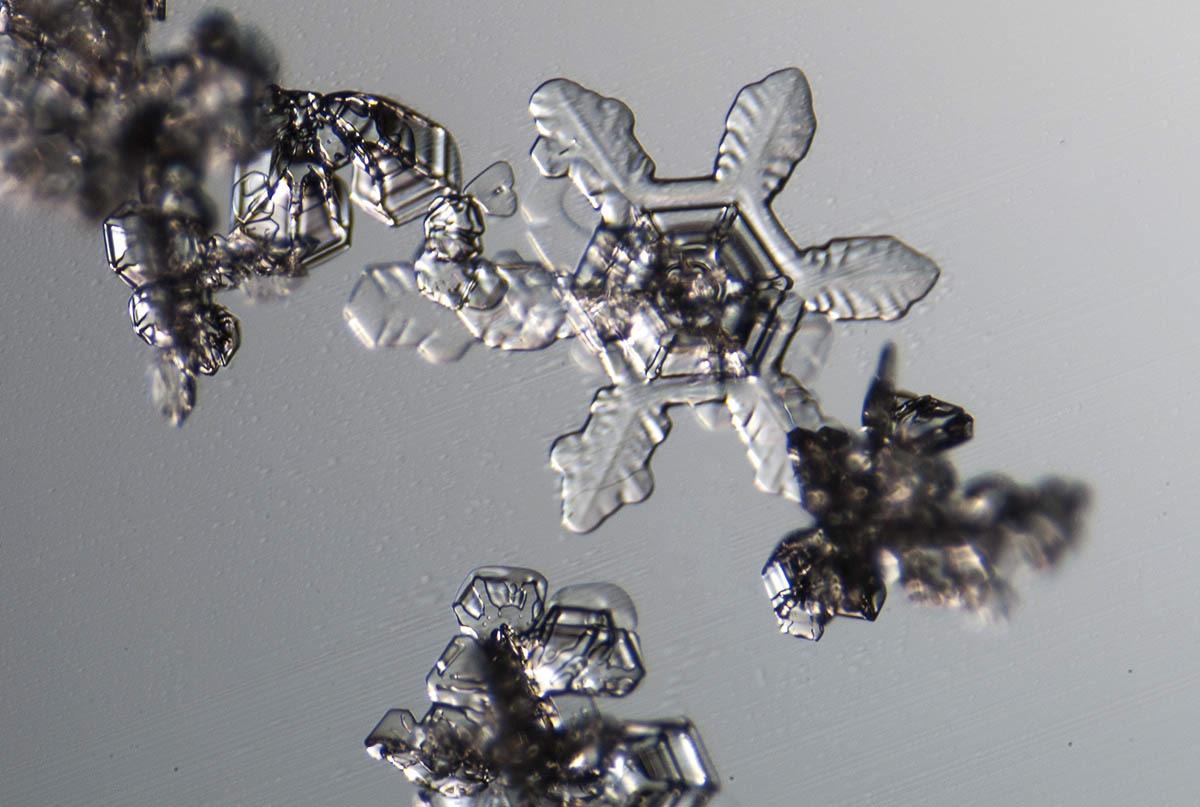 The snowflakes were very changeable and became smaller right before more eyes. It was clearly a conspiracy theory that I was NOT to make photographs that day :). 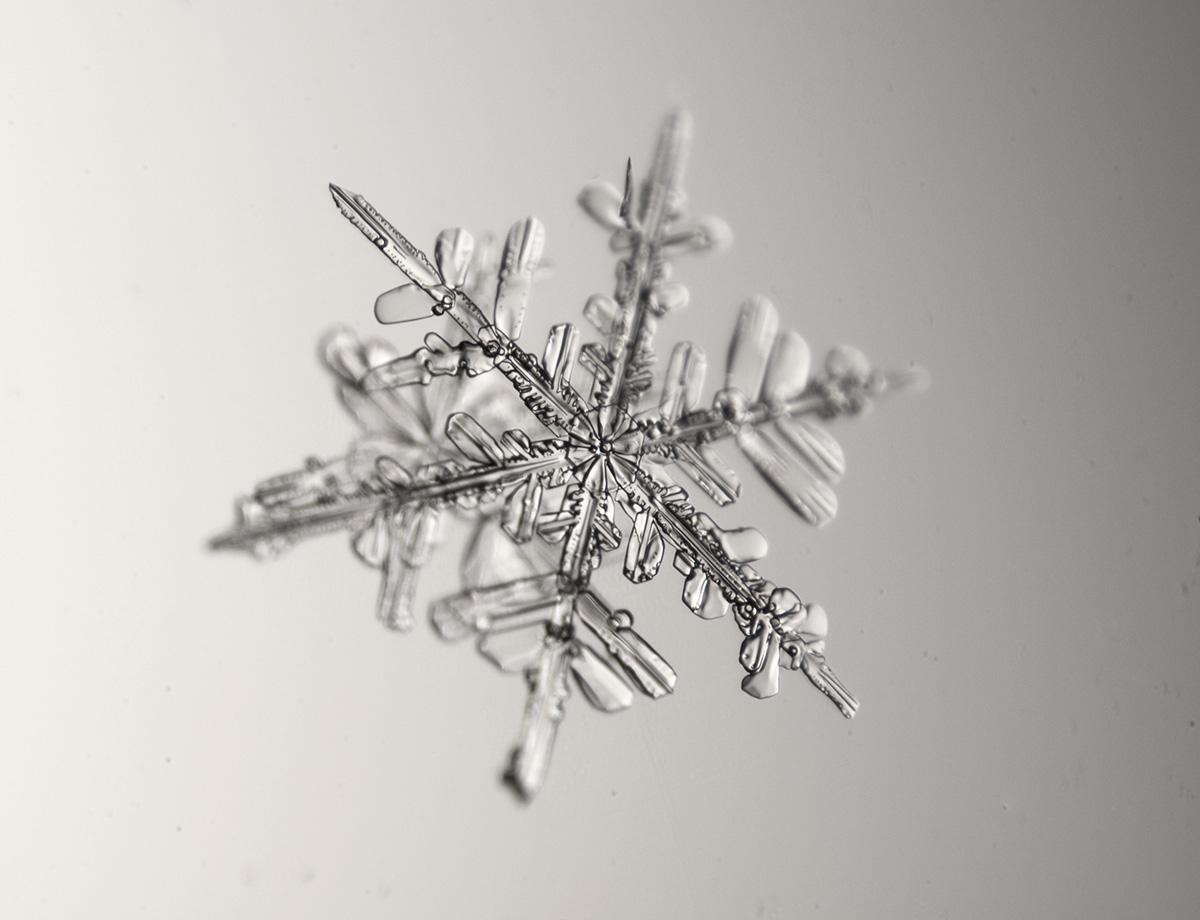 January 20, 2015 was pretty special. I had only a few days earlier returned from Umea, Sweden which is just south of the arctic circle. When I travel, getting readjusted to US time takes a few days and I awoke just before 4:00am. Upon going out to walk the dogs, I found magic. Perfect flakes in the silence of the night were falling in the 17F temperatures. The next hour was almost spiritual. Snowflake No. 1. Getting snowflakes to lay flat to adjusting them is near impossible. Many, many great subjects have been lost in the process of trying. Magnification is 25 times on your computer screen. 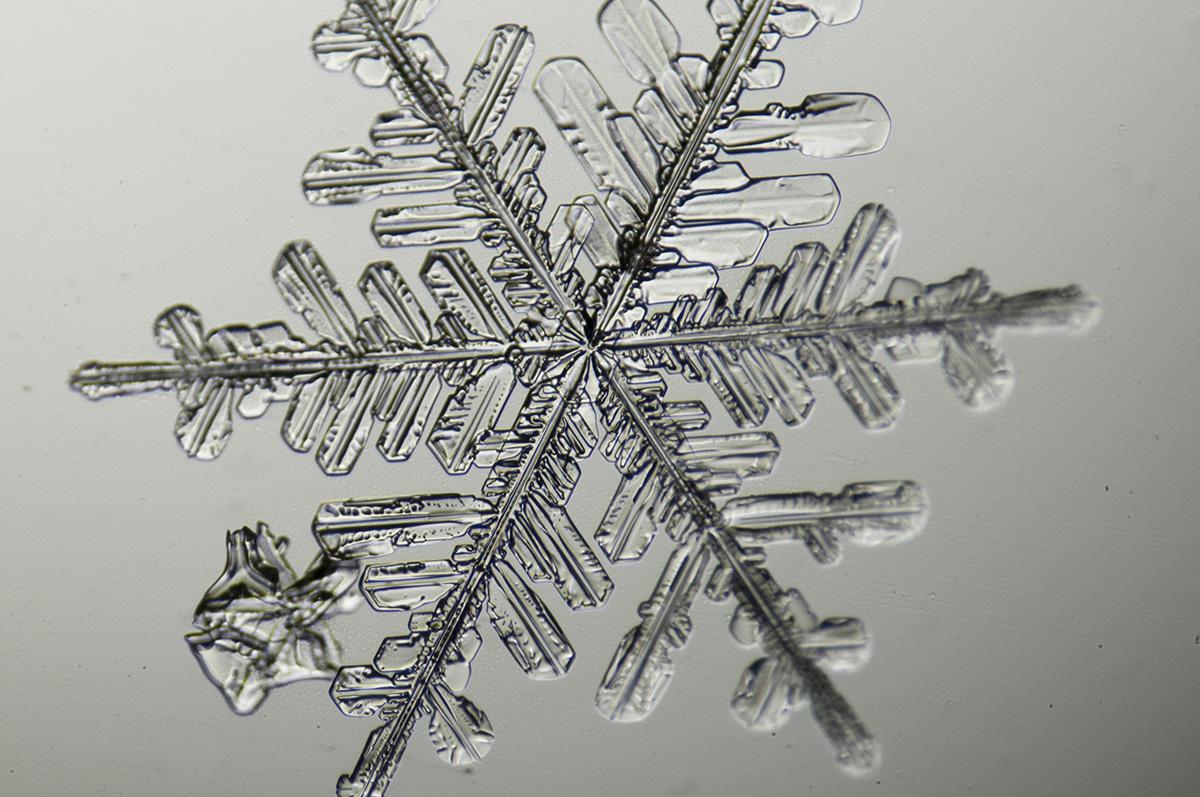 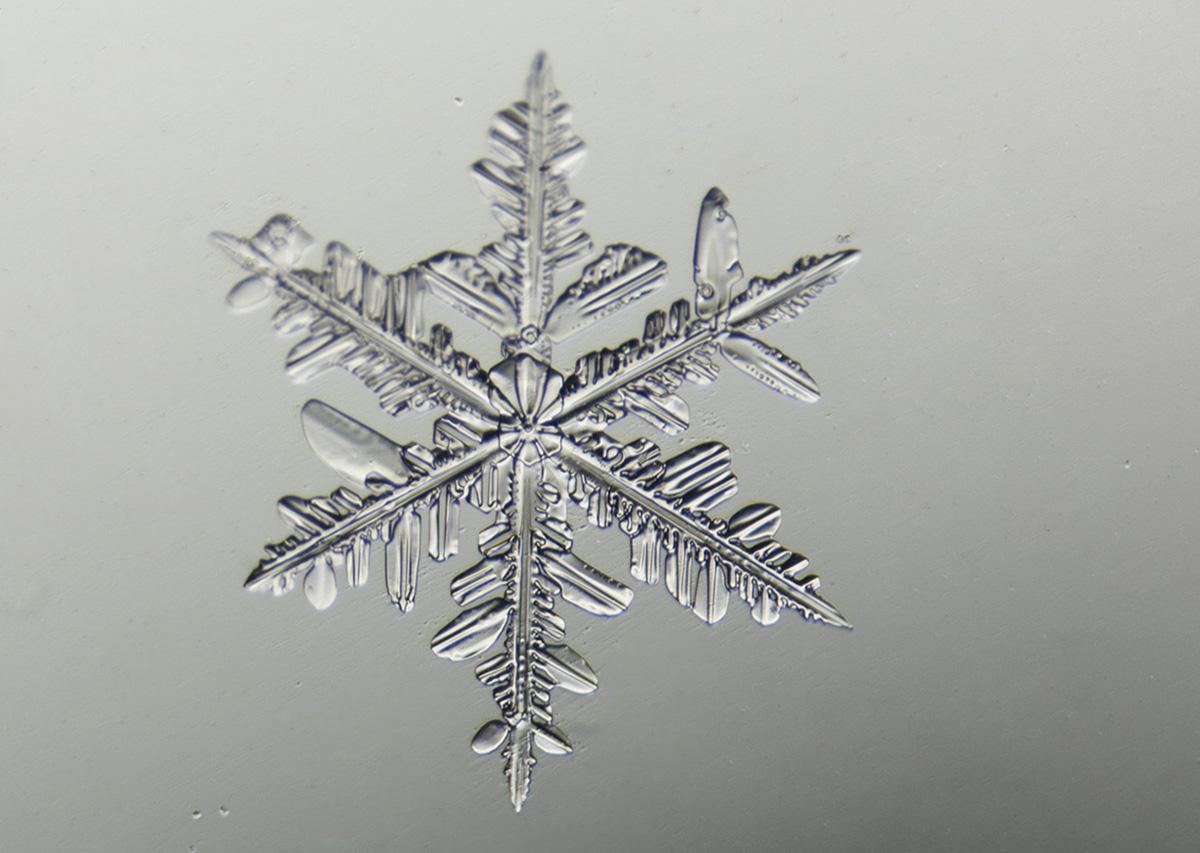 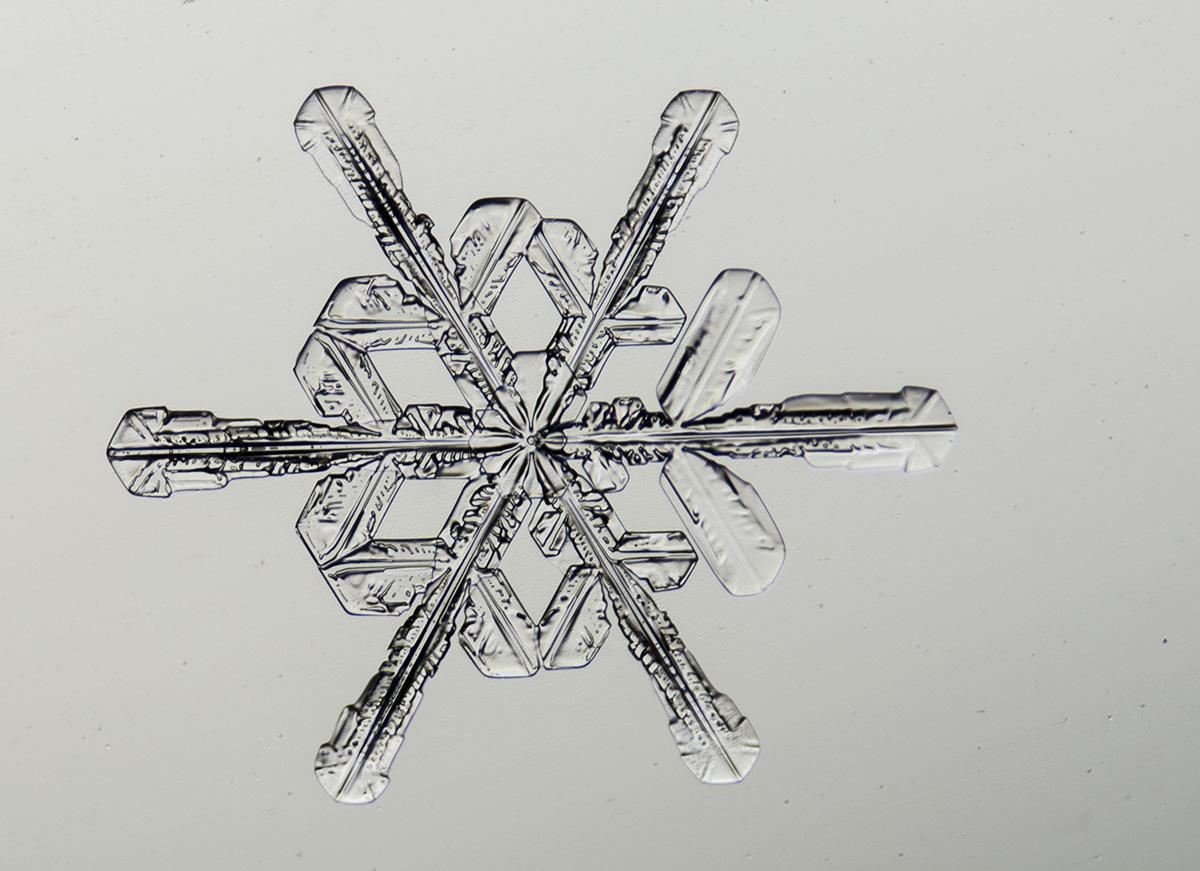 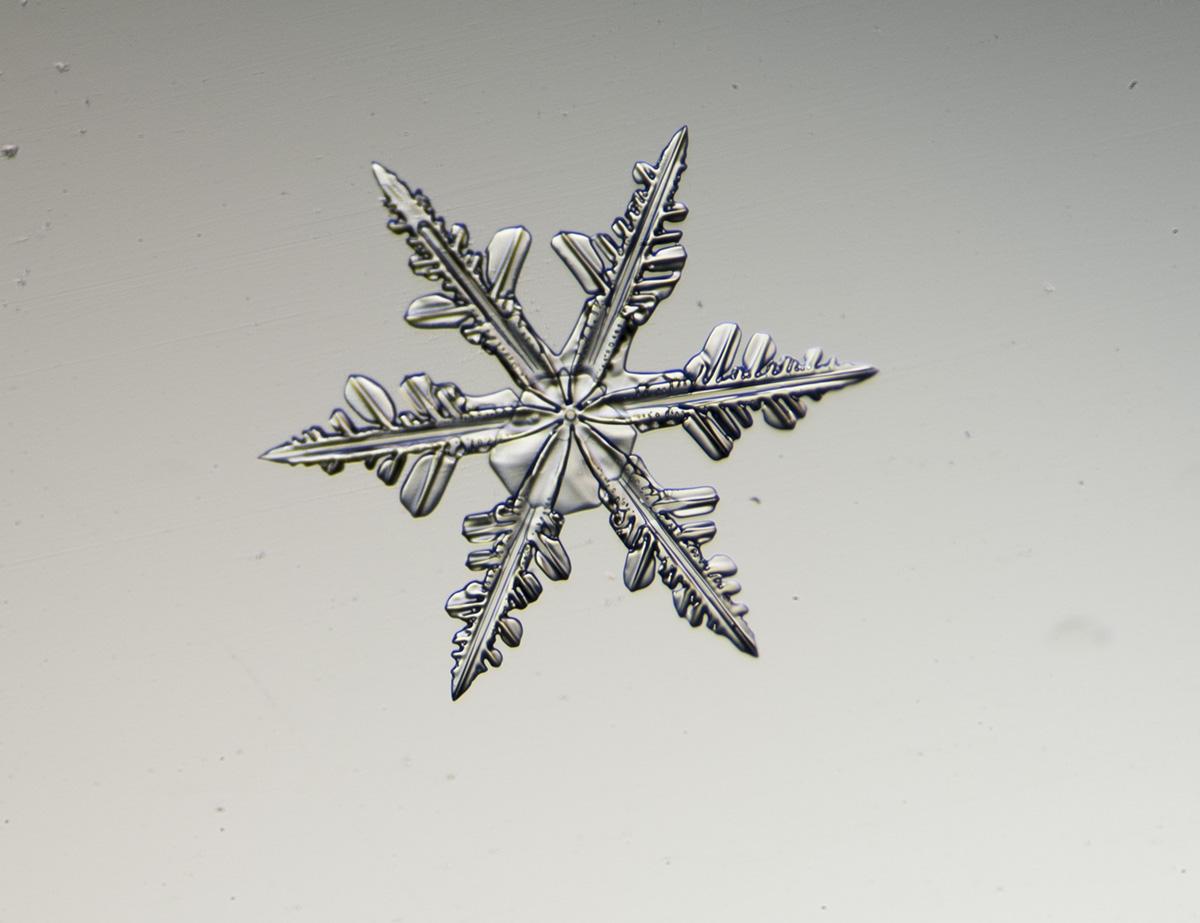 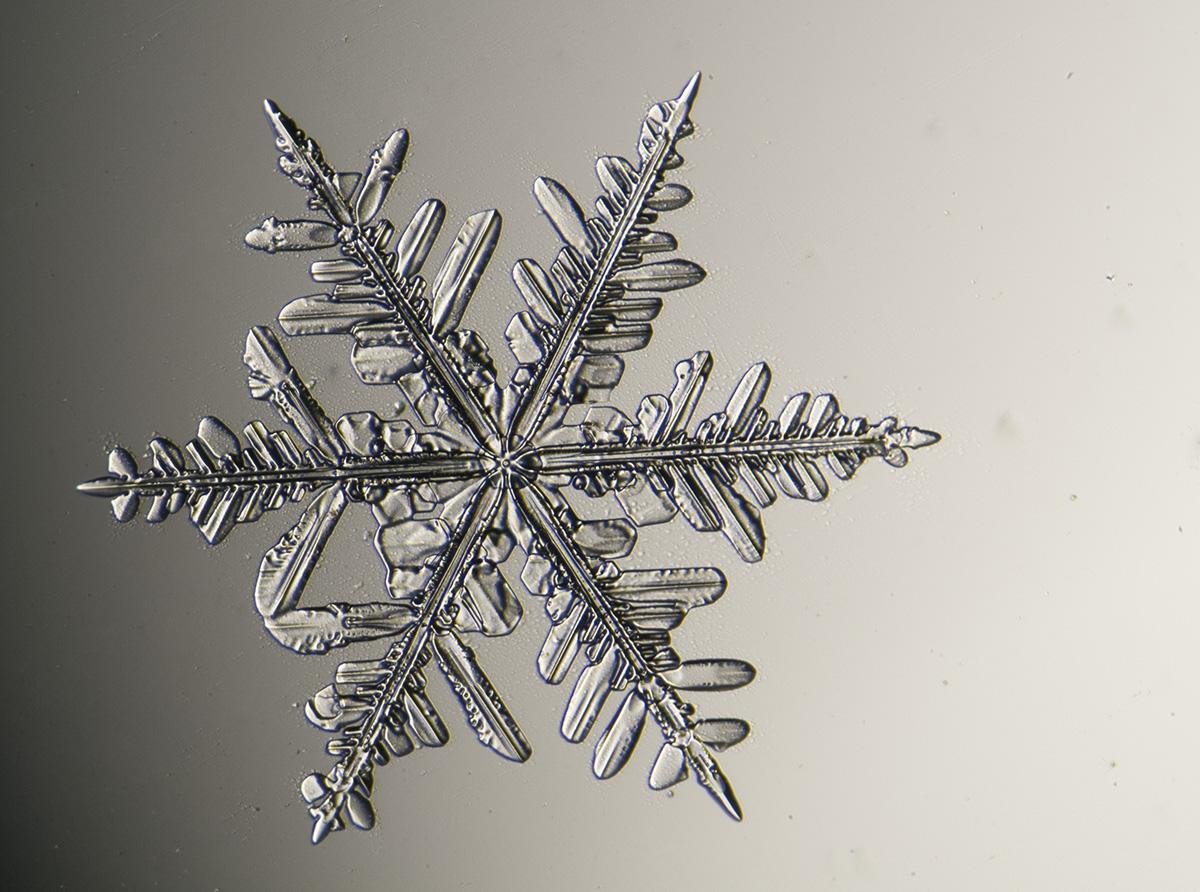 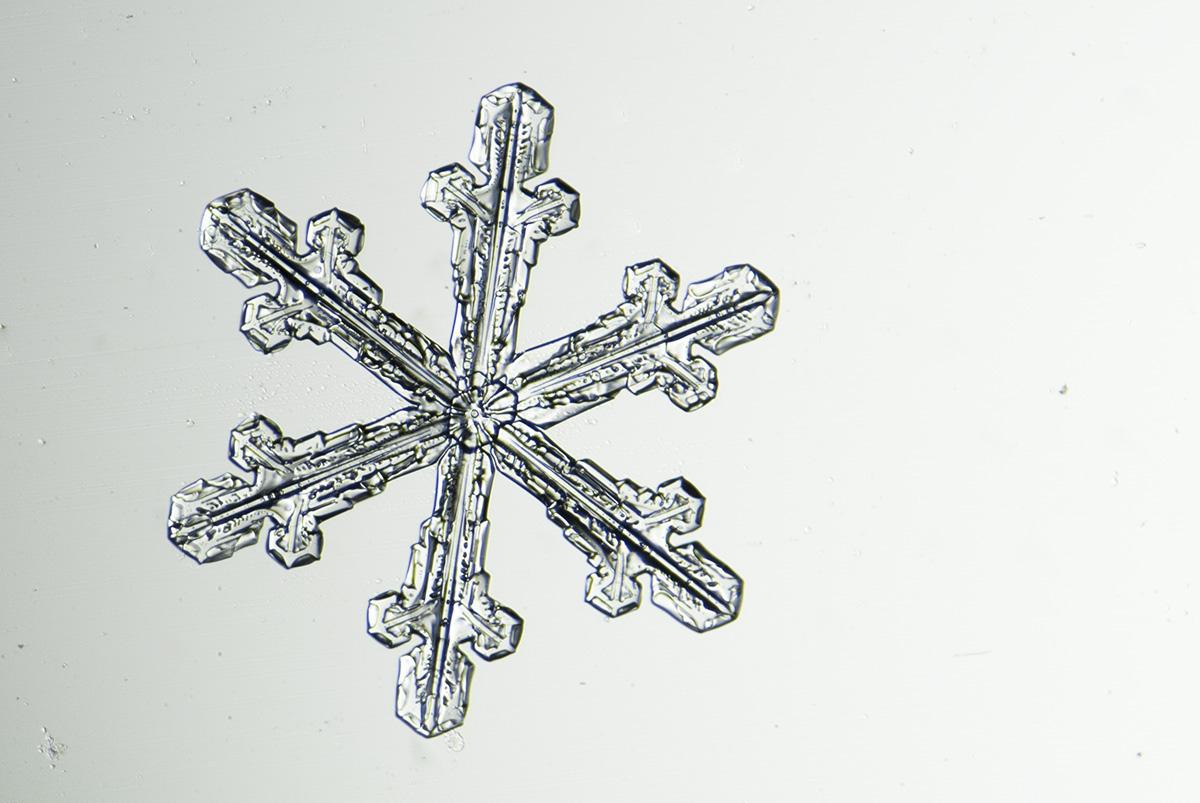 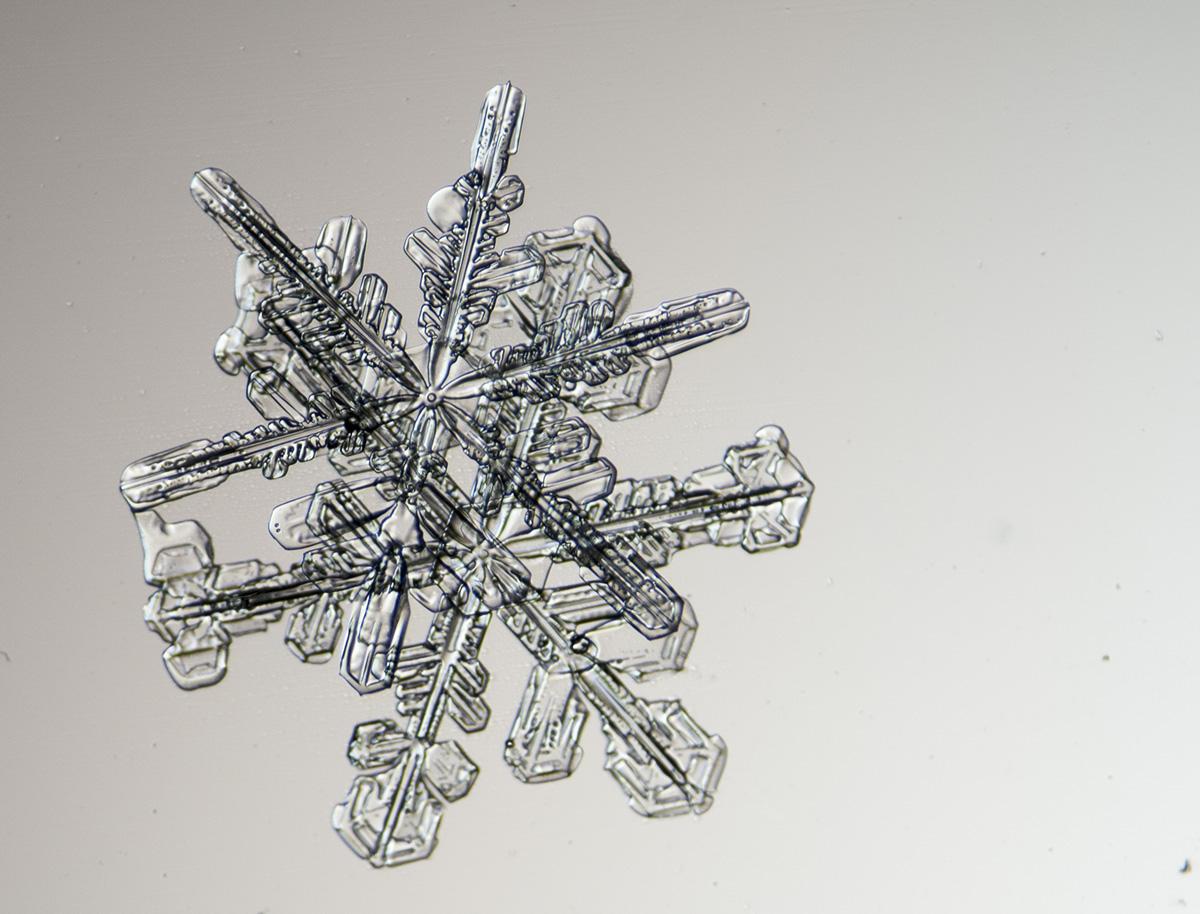 Not all flakes fall as individual crystals. This pair was conjoined at the hip 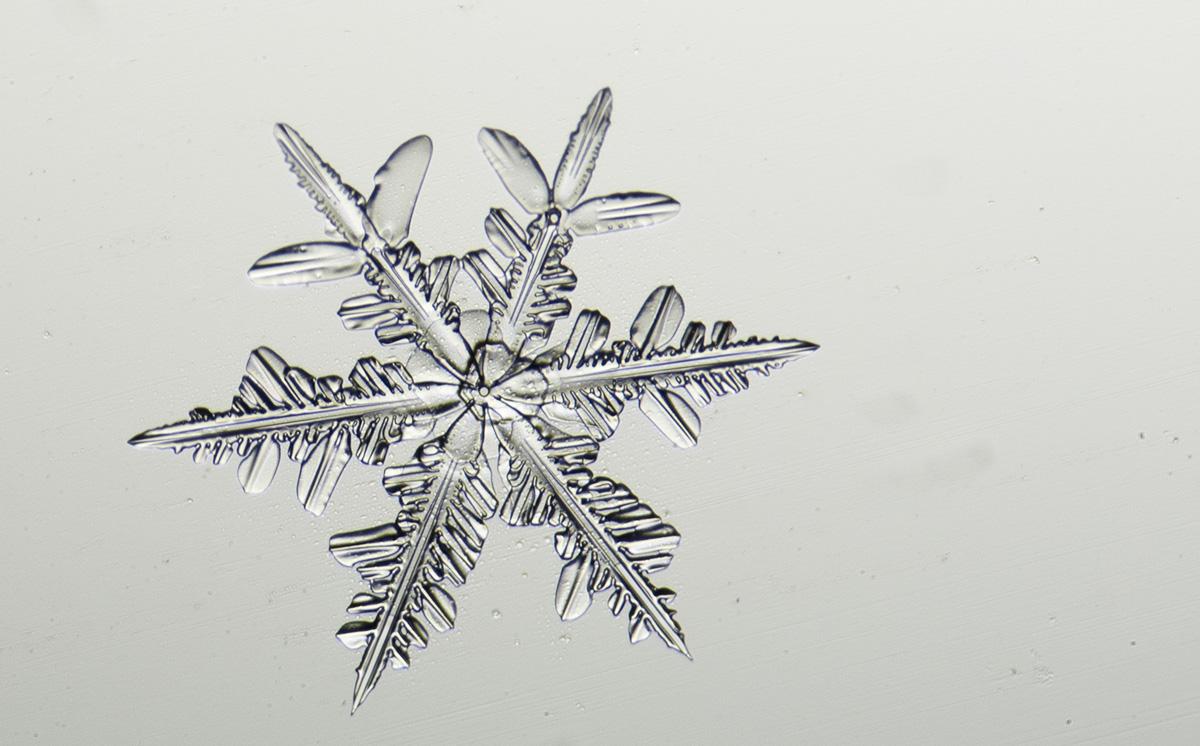 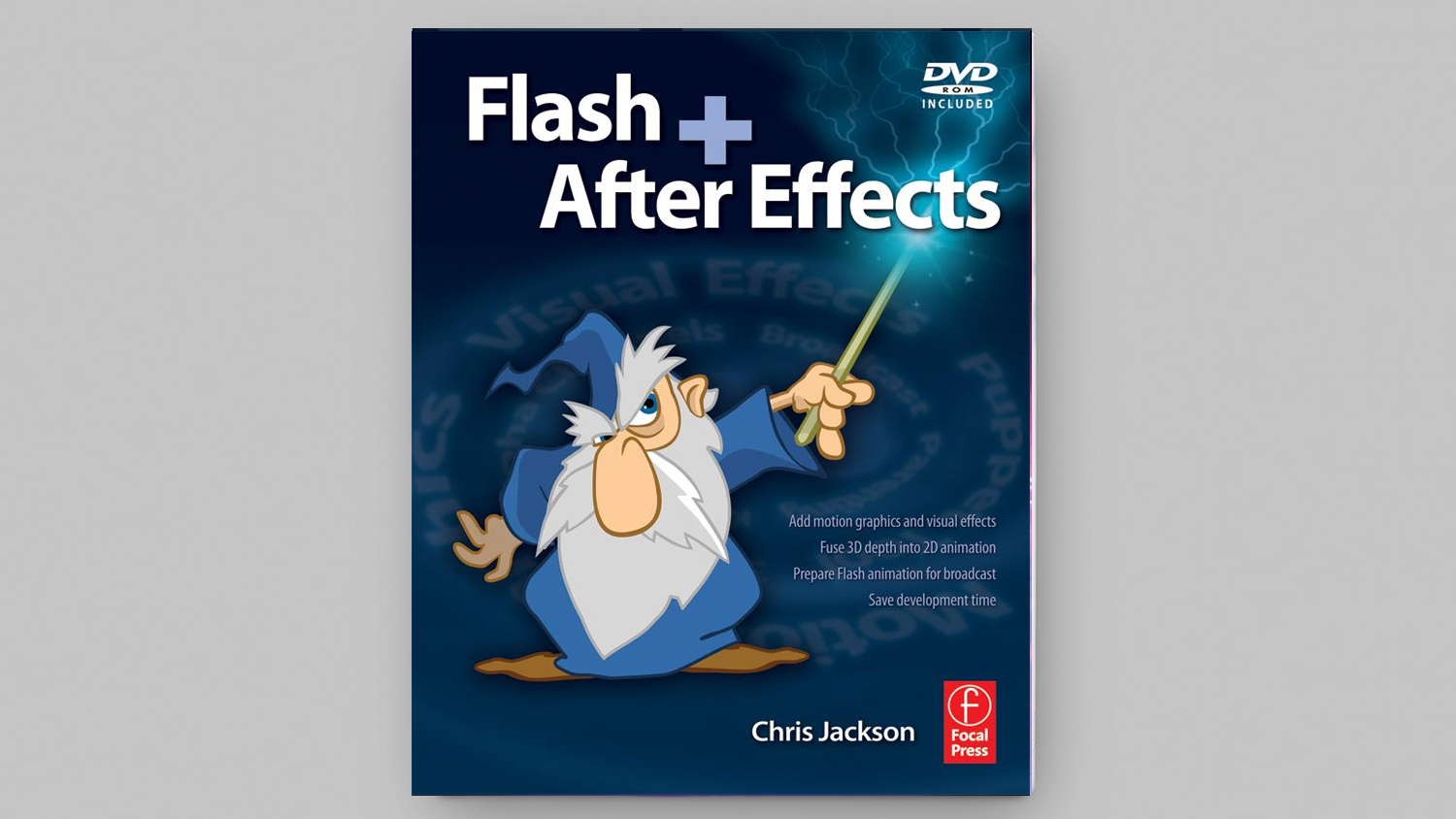 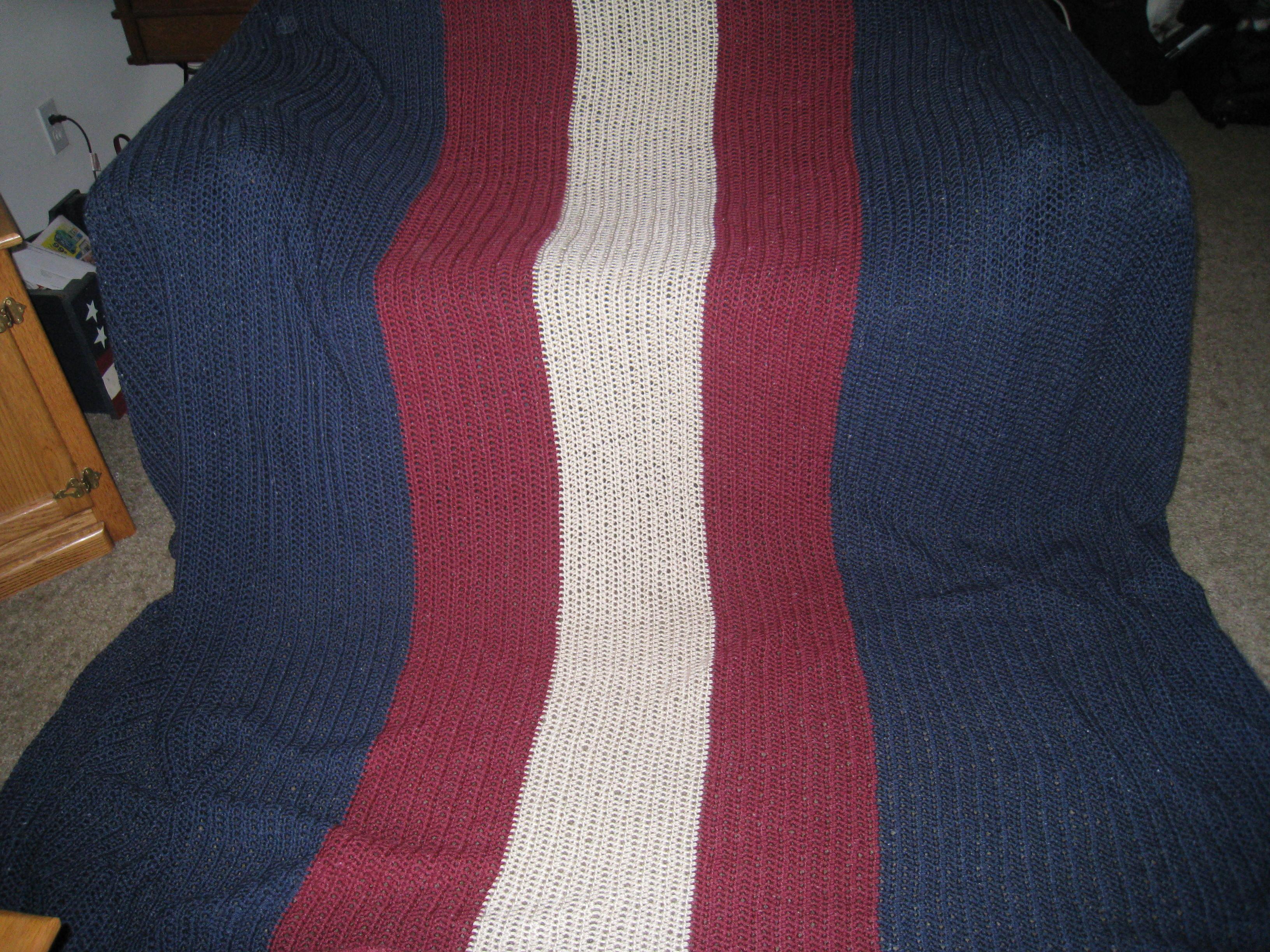 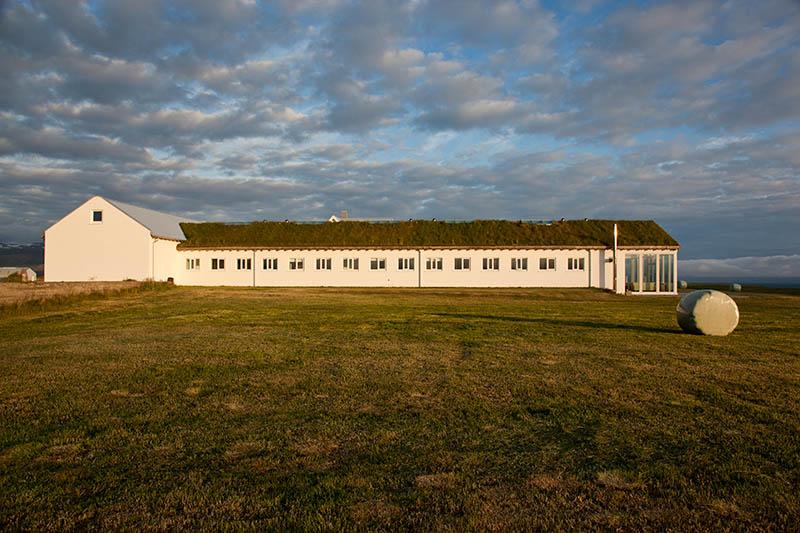 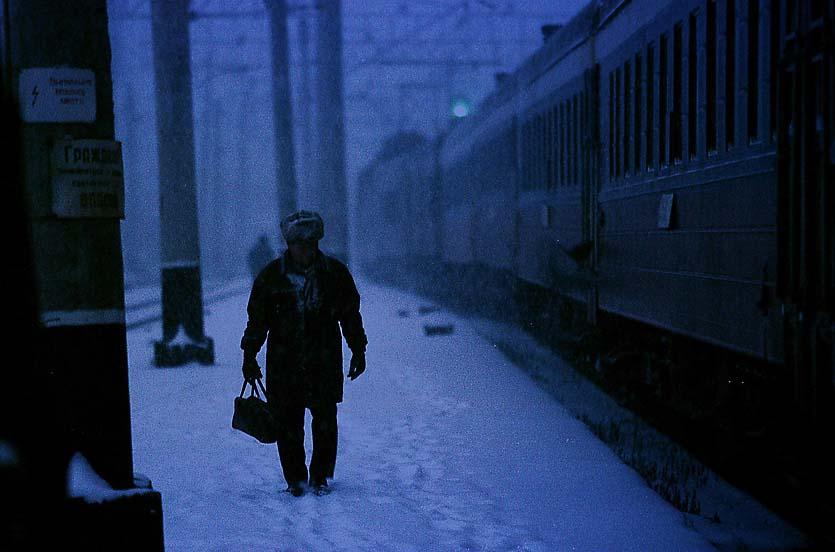