Saunders provides students a full calendar of events to complement their studies and personal business interests.

Saunders featured events highlight the top speakers and highest attended, in-demand events on our calendar. Learn about all the upcoming featured events that Saunders College of Business has to offer by visiting our Saunders Events Calendar to see upcoming events. Or, contact us today at communications@saunders.rit.edu to inquire about Saunders Event Series sponsorship opportunities. 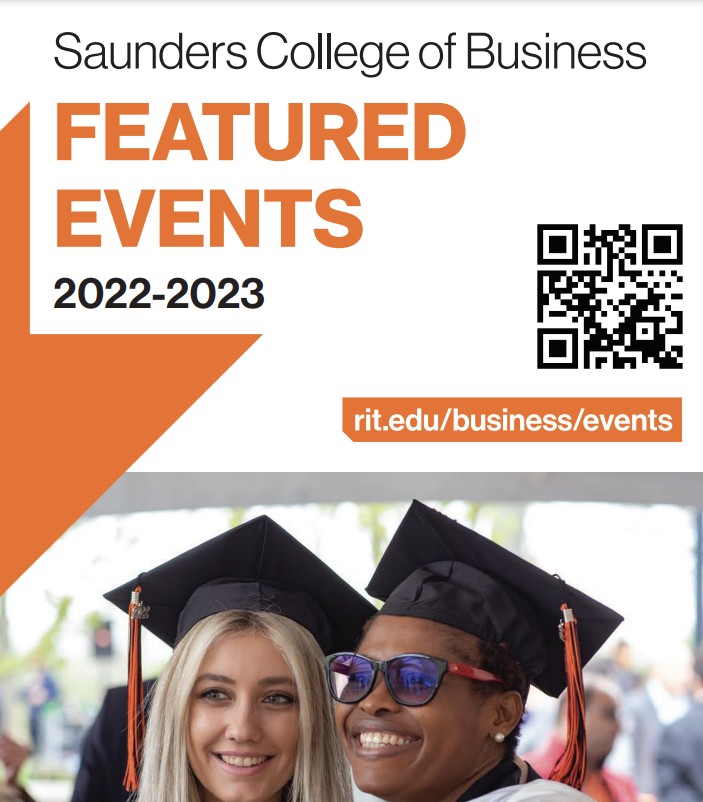 J. Warren McClure was a World War II Navy veteran and former publisher and owner of the Burlington Free Press. He sold the newspaper to Gannett Co., where he later became the first president of marketing. McClure, who turned to philanthropy in retirement, and his wife, Lois, were important members of the RIT community. McClure served on the RIT board of trustees from 1973 until 1986, was an advisor to Saunders College of Business, and allowed marketing experts to teach lectures by establishing the McClure Professorship in Marketing. 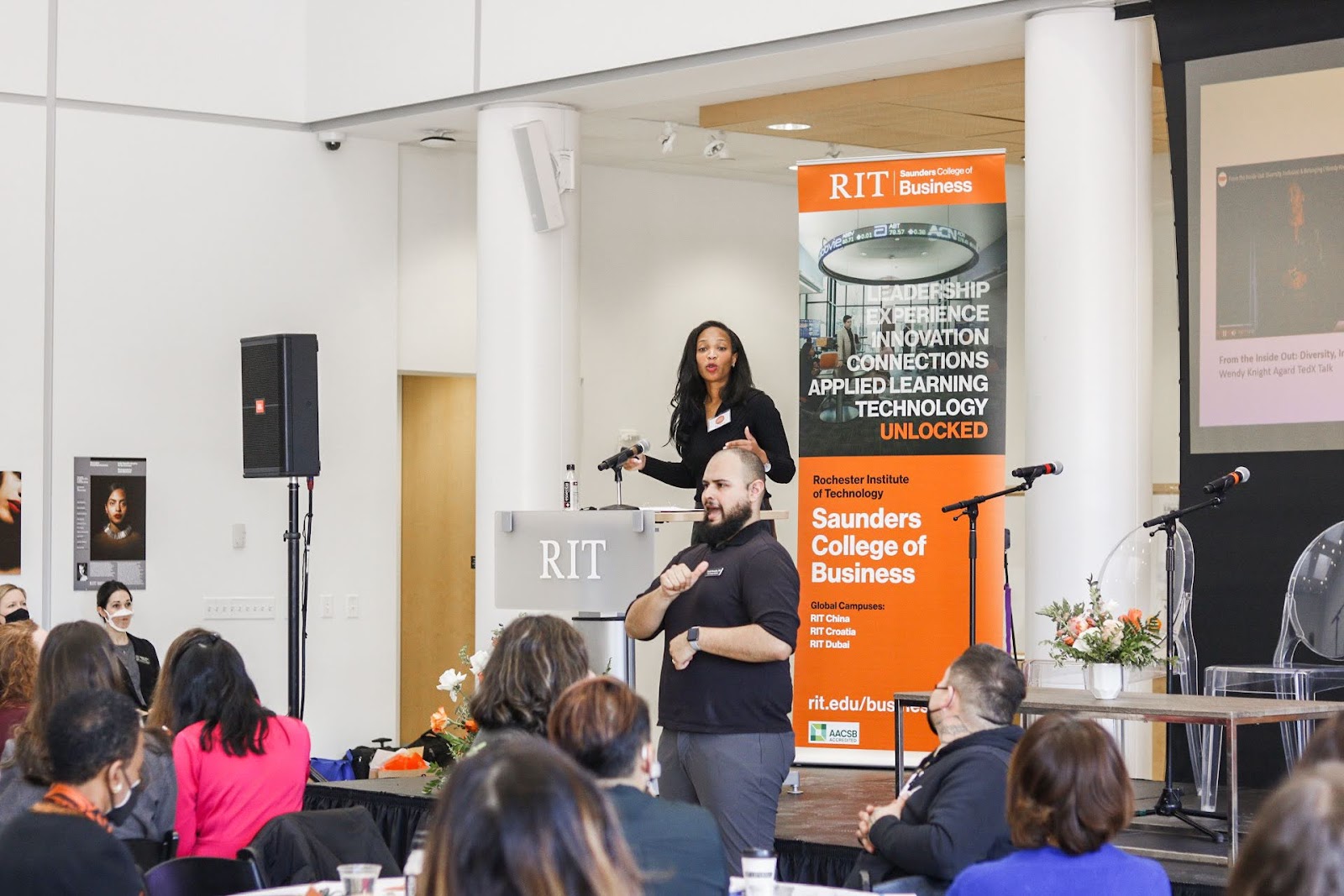 Power Your Potential is a half-day women’s leadership conference that celebrates National Women’s History Month. The event invites area businesswomen to gain insights from their peers and engage in educational activities geared at helping women succeed.

Across industries and communities, women are navigating monumental change to spark movements and opportunities for future generations. This event gathers communities of innovative and inspiring women who lead boldly, challenge norms, and change their organizations.

Check out the Previous Power Your Potential Events for a history of past speakers and links to video and photo galleries.

Saunders College of Business was pleased to host the 11th annual Power Your Potential Women's Conference focused on Embracing Our Voice & Leading Boldly, led by Karen Magnuson, Saunders College Executive in Resident and Former Executive Editor at the Democrat and Chronicle (D&C). The conference included a keynote presentation from Melisza Campos, Marketing Manager at Wegmans Food Market, a workshop presented by Saunders lecturer and Director of the Leadership Academy at Saunders Molly McGowan, an education session led by Joanne Braeunle, as well as a lively panel discussion featuring the following panelists:

Click the image below to see the 2020 photo gallery. 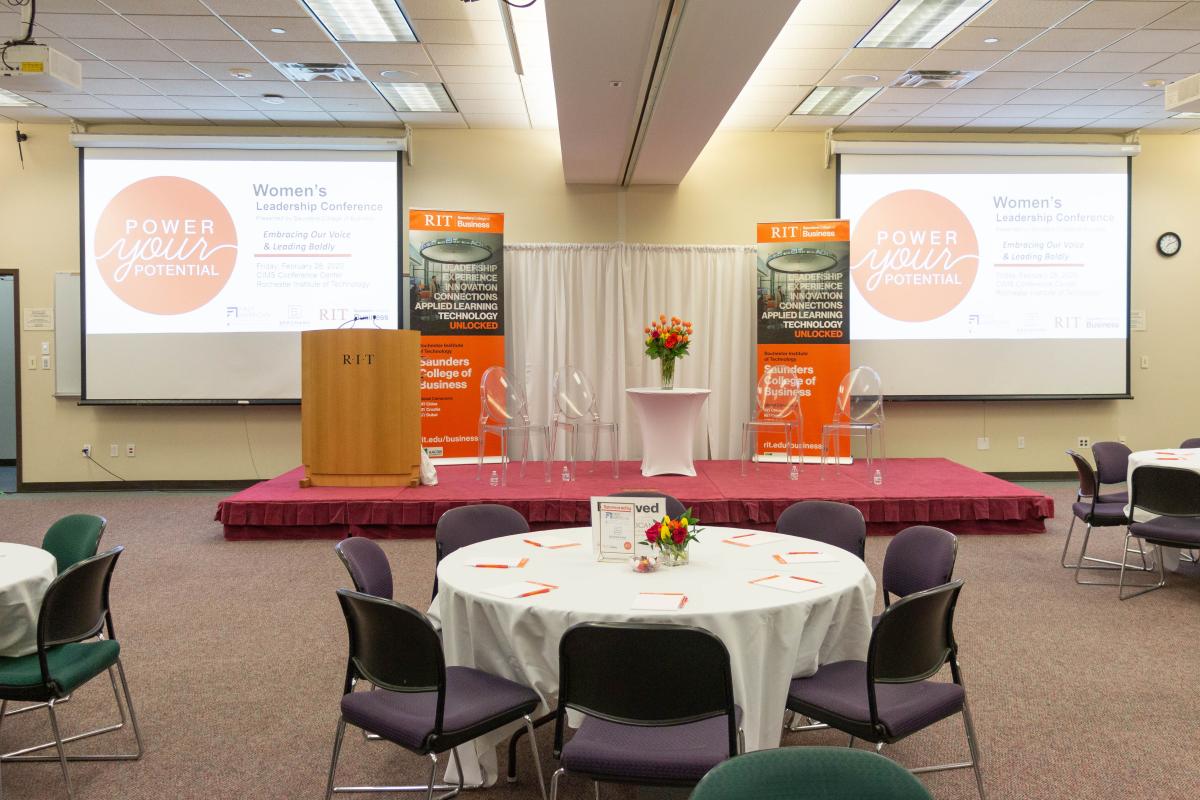 The 10th annual Power Your Potential Women's Conference was sponsored by Bergmann. 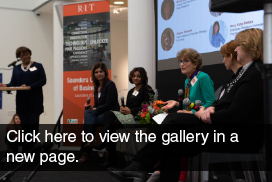 Saunders College of Business rounded out National Women's Month with the ninth annual Power Your Potential Women's Conference, featuring Dorothy Farris, Vice President of US Sales for Veeam Software and 1973 Saunders College Alumna. Dorothy Farris' keynote presentation, along with educational presentations from Shal Khazanchi and Kathleen Whelehan, provided helpful insights into "Leading Your Life and Achieving Your Goals with Courage." The educational presentations were followed by a panel discussion, focused on "Bringing It All Together: Networking, Negotiating and Bridging the Gender Gap," featuring the following panelists: 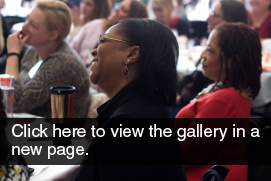 Saunders College of Business welcomed Jane M. Elliott, Executive Vice President and Chief Administrative Officer of at Global Payments, to the eighth annual Power Your Potential Women's Conference. Jane Elliott's keynote presentation, "What's in the BHAG," discussed her career and setting career goals. She stated, "You have to be a little uncomfortable. Get out of your comfort zone. Really work on whatever you are trying to achieve." In addition to Elliott's discussion, there were two educational presentations from Dr. Dena Swanson and Samantha Tassone, which was then followed by a panel about resiliency in your career. The panel discussion was led by: 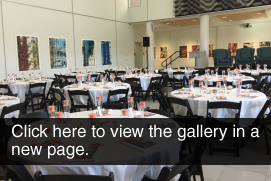 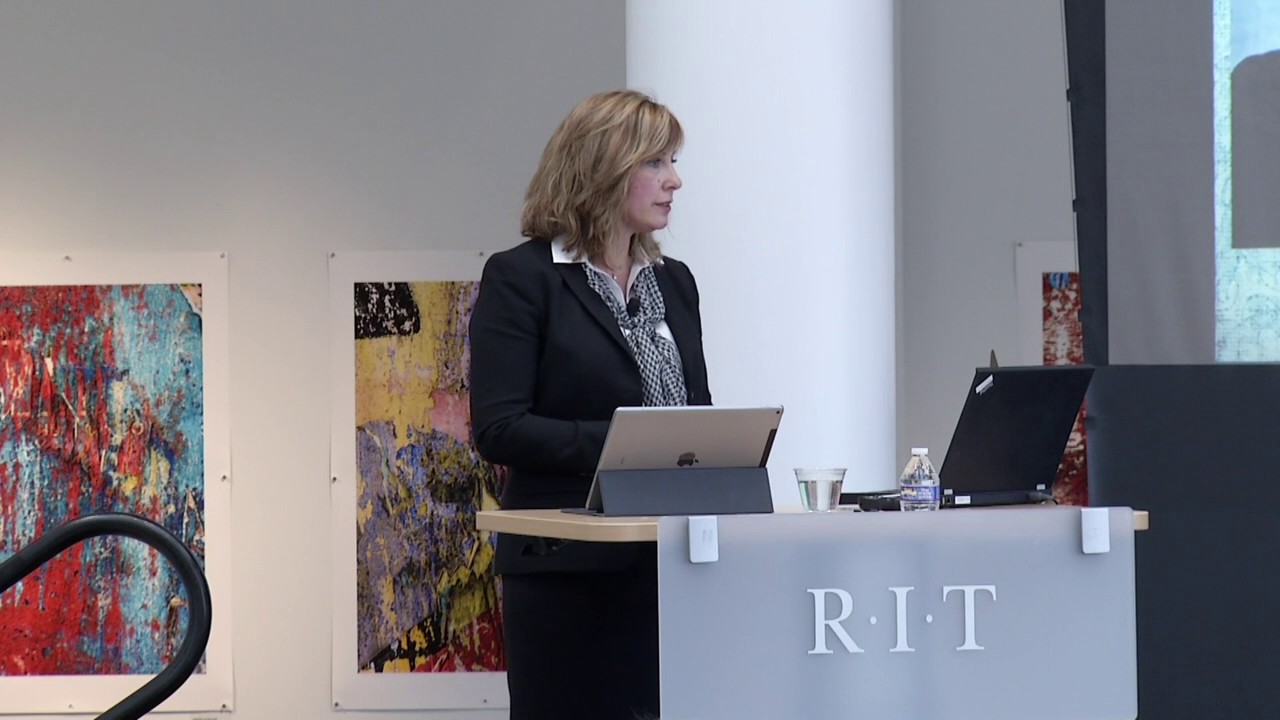 The event also included a panel discussion, "Leading Change Outside the Lines." This discussion showed women how to think outside the box, while building employee support for their ideas. Following the panel discussion, two educational sessions focused on providing women guidance in "Success: Creative Destruction" and "Navigating Complexity." Our 2016 Power Your Potential Panelists and Education Presenters included: 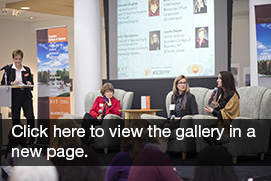 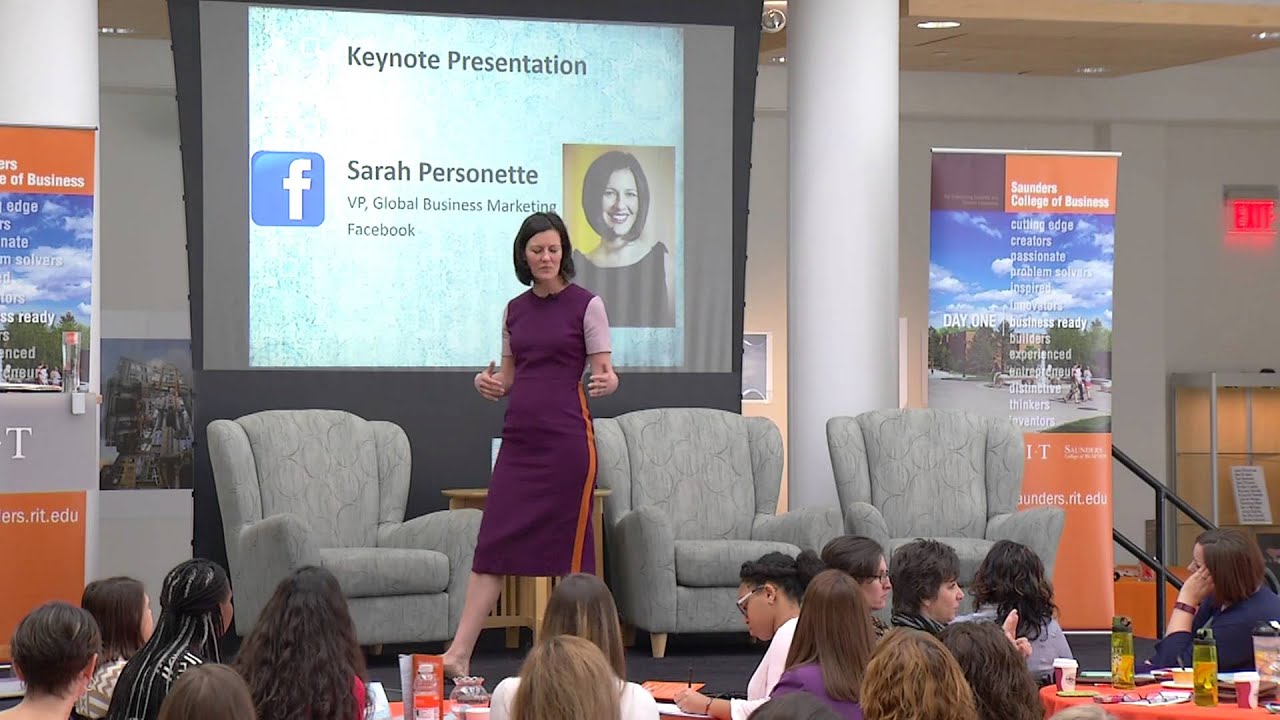 on the impact of women as leaders and how to overcome the generational gender biases women may face in the workplace. Other presenters included Jennifer Green-Wilson on "Assertiveness & Passion," Sandy Parker on "Leading in a Male World" and a panel on company culture. The panelists included:

Attendees, including prominent Rochester-area businesswomen, gained insights on how to build their organization and enhance their career. 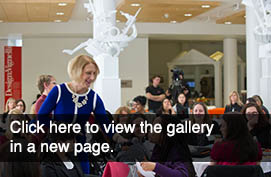 Saunders College of Business welcomed JJ DiGeronimo, Founder and CEO of Purposeful Woman and Tech Savvy Women, to the fifth annual Power Your Potential Women's Conference. DiGeronimo is a global spokesperson for women leaders, women in technology, women entrepreneurs and young women in Science, Technology, Engineering, and Math (S.T.E.M.), and has shared her insights and discoveries with many women's organizations. DiGeronimo’s keynote presentation, “The Power of No,” discussed how successful women use “no” and take specific actions in navigating their professional path to advance forward.

In addition to DiGeronimo’s discussion, the half-day conference included two educational presentations from Talya Meyerowitz and Betty Noonan on strategic business trends, as well as a panel discussion focused on “Owning Your Success.” The panel discussion featured prominent Rochester business women, who provided firsthand knowledge on challenges that women face and how to become a more effective leader. Our 2014 Power Your Potential Panelists included: 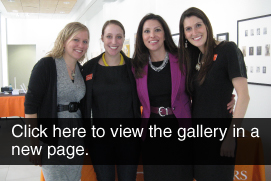 The fourth annual Power Your Potential Women’s Leadership Conference hosted Jennifer L. Pozner, Founder and Executive Director of Women in Media & News, who presented as keynote speaker on “Ladies First, Leaders Later…or Never? Media, Sexism and Power.” As a widely published journalist and media critic, Pozner works to increase women's presence and power in the public debate through media analysis, education, advocacy and reform. The conference also included an educational session with Linda Murphy and a panel discussion on gender and negotiation, featuring:

The conference concluded with ‘An Evening with Maya Angelou,’ an inspirational presentation for all attendees. 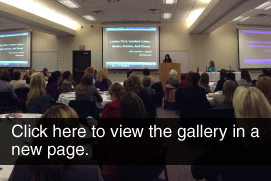 The third annual Power Your Potential Conference featured keynote speaker Michelle Berryman, founding principal and CEO of the design firm Echo Visualization, LLC. Berryman’s practice centers on interaction design and user experience for consumer, medical and industrial products, as well as software, websites and rich Internet applications. By combining insights from her impressive professional background and passion for traveling the world, Berryman presented on “Savoring the Journey,” encouraging women to look for inspiration and fresh perspectives in their surroundings.

The conference incorporated two educational sessions, led by Ann McCorvey and Mary-Beth Cooper, plus a panel discussion with connected local business executives, including: 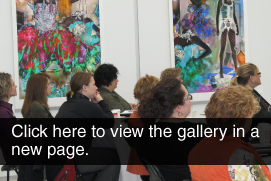 Saunders College of Business welcomed Kitty Van Bortel, President and CEO of Van Bortel Groups, to the second annual Power Your Potential Women's Conference. The conference connected local business executives, entrepreneurs, alumnae and students, and gave women the opportunity to support and implement business with each other while learning innovative ideas and strategies for surpassing their business and professional objectives.

Followed by Van Bortel, a panel of experts shared the ups and downs of success, what defines an entrepreneur and the kinds of information, resources and the "pushes" a person needs to choose the path of greater risk, in the "Winning from the Bottom Up" panel discussion. The panel included: 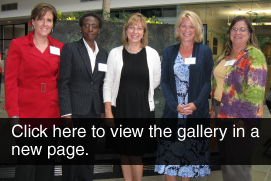 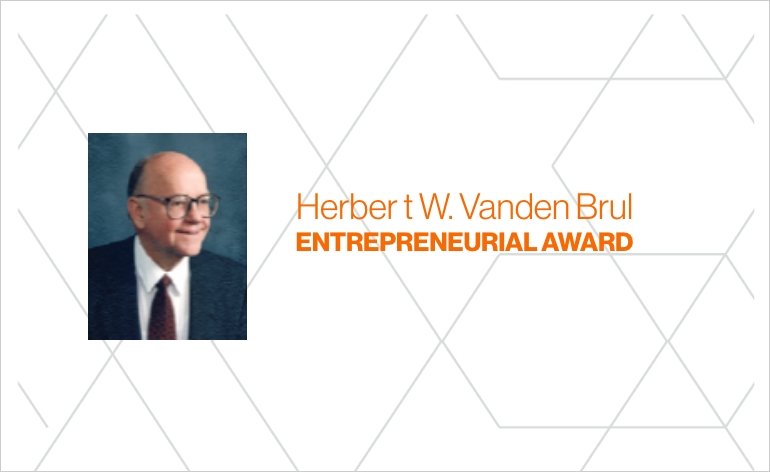 The Herbert W. Vanden Brul Entrepreneurial Award was created in 1984 through an endowment fund established by Mr. Vanden Brul in conjunction with RIT’s Saunders College of Business.

This annual award is given to an individual or business that has improved the economic life of Greater Rochester or whose innovation management skills have changed the course of an existing business. The award’s recipient is selected by a committee of area civic leaders, business leaders, and RIT faculty.

The Herbert W. Vanden Brul Award symbolizes the connection between RIT and the Rochester Business community.

Saunders College of Business is proud to introduce the Herbert W. Vanden Brul Entrepreneurial Student Award. This new award will be presented to an RIT student who has proven their potential to become a successful entrepreneur.

The student award is being offered in conjunction with the Herbert W. Vanden Brul Entrepreneurial Award, which is presented annually to a business leader in the community who has successfully managed the development of an “emerging” business. These community recipients are intended to become an inspiration for local students.

An entrepreneurial visionary in Rochester, Mr. Vanden Brul co-founded several business ventures in the region. One of his most successful, RF Communications, Inc., has since become a division of Harris Corporation. Another, the Culver Management Corporation, acquired nearly one million square feet of local industrial space to become the home of many small start-up companies who have improved the local economic climate.

Mr. Vanden Brul continued to pursue his business interests until his passing in 2003. He served on the boards of Ormec Systems, Inc. and the Genesee Valley Trust Company, Inc., and was active in the cultural and educational life of the Rochester community. Mr. Vanden Brul and his wife Joan, who passed away in 2007, had a long association with RIT and were active members of the Nathaniel Rochester Society. Sons Bill H. ‘88 (business administration) and Don J. ‘76.

The Dean’s Distinguished Speaker Series invites internationally recognized faculty experts to speak at Saunders College of Business to discuss and advance research topics in their fields. Attendance is reserved for faculty and graduate students only. Inquiries should be sent by email to Archana Jain.

The International Honor Society, Beta Gamma Sigma's mission is to encourage and honor academic achievement in the study of business, cultivate and celebrate leadership and professional excellence, advance the society's values, and serve its lifelong members.

Beta Gamma Sigma was founded as a national organization in 1913. An institution must be accredited by AACSB International, the recognized accredited agency for advancing quality business education worldwide, to maintain an active Beta Gamma Sigma chapter.

Saunders College of Business hosts an annual professional development event, Sharpen the Saw. This event is specifically for alumni who have graduated from the EMBA program. This speaker series provides former students opportunities to brush up on emerging trends and network with former classmates.

The RIT Entrepreneurs Conference is an inspirational hub and day of learning focused on one topic: How to start a business. The annual event is for anyone who believes that creativity and bold thinking are vital to success. Guest panelists - academic and real-world practitioners - will link theory and practice in spirited dialogue with participants as they share their innovation stories, techniques, and ideas that have established them as leaders in their respective fields and industries.

RIT's Tiger Tank, sponsored by Saunders College of Business, is hosted by the Simone Center for Student Innovation and Entrepreneurship. Inspired by ABC's Shark Tank, RIT's Tiger Tank gives students the opportunity to pitch their business idea to "Tiger Shark" judges with the chance to win cash prizes.

The biannual Tiger Tank competition challenges entrepreneurs to formulate an early-stage business concept and submit a proposal that seeks to solve a problem or gap in the marketplace. Submissions are open to the general public and evaluated based upon their uniqueness, feasibility, and ability to impact people. Five teams are selected to compete in the Tiger Tank competition for the chance to win.

RIT Student Accelerator is one-semester  initiative at Rochester Institute of Technology, in conjunction with the Simone Center for Student Innovation and Entrepreneurship. The Saunders supported program is aimed at assisting entrepreneurs develop their business concepts to a point where they are ready to begin seeking angel investment. Student teams from all majors and disciplines are invited to apply.

Teams receive a designated workspace, mentoring from faculty and alumni, guidance on business development, and financial resources, including a stipend and the opportunity to earn grants to sustain their plans. 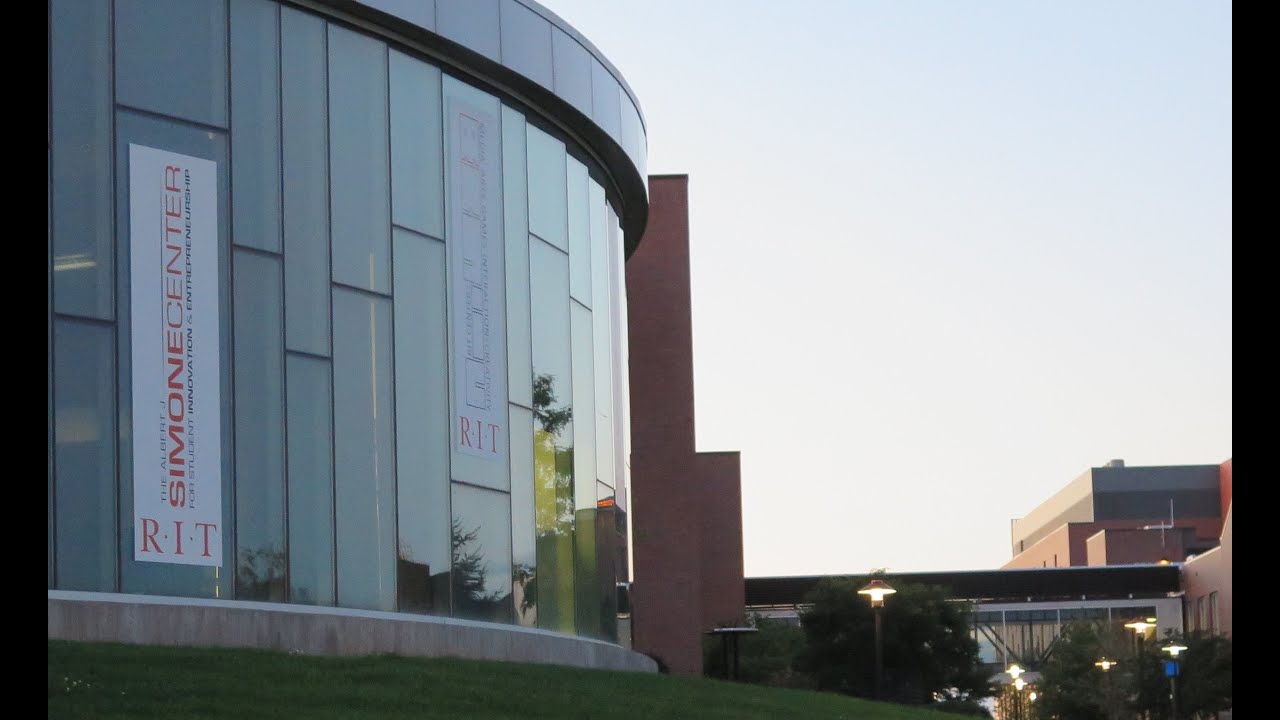 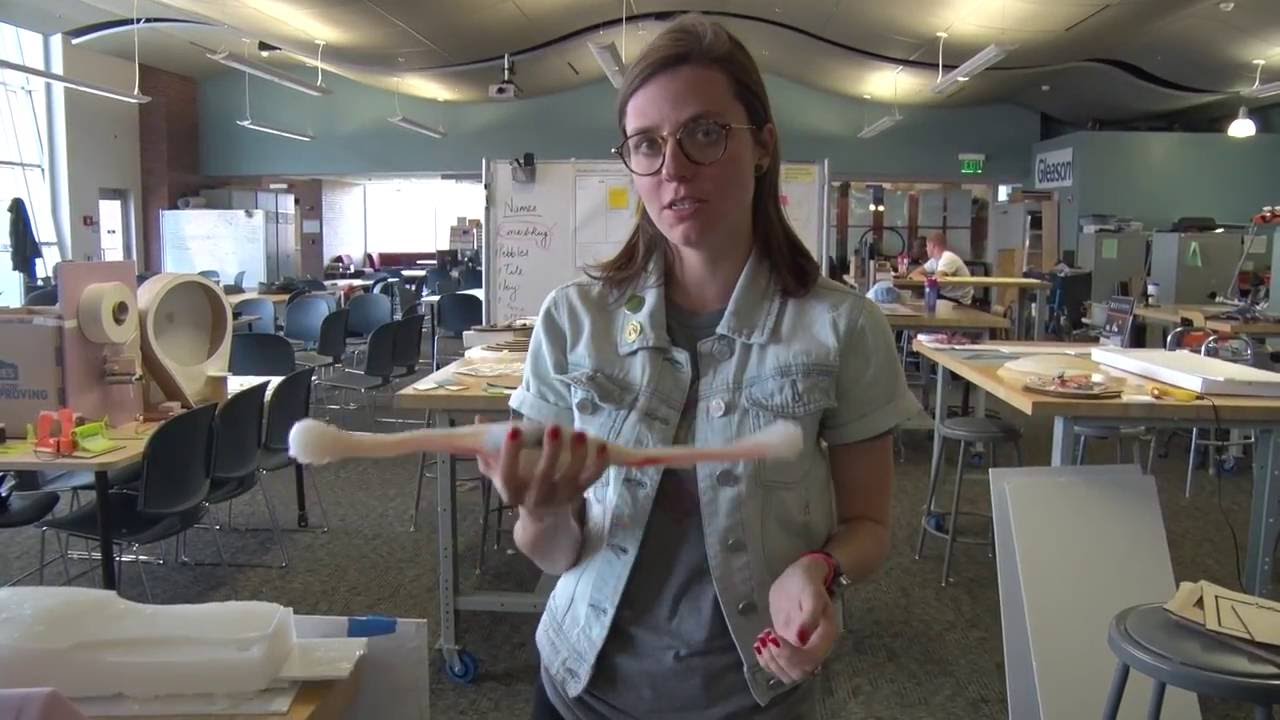