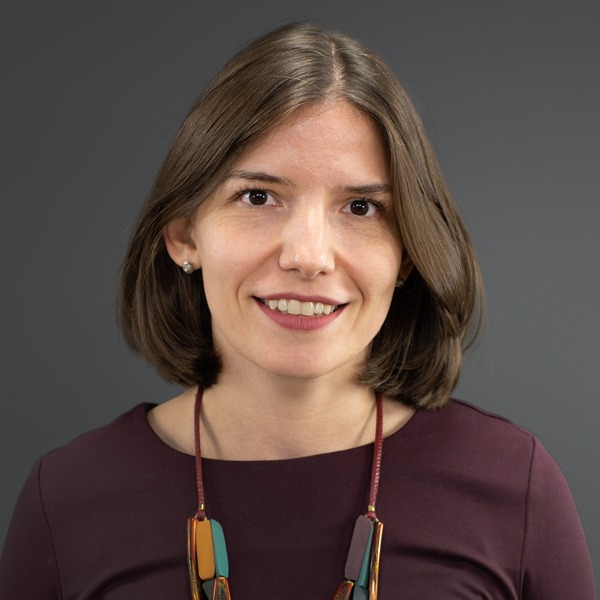 Master's degree in International Economics at the American University in Washington DC as a recipient of the USAID Transformational Leadership Scholarship in Kosovo.

Dita is also currently serving as the Economic Expert at the Secretariat of the National Council for the Economy and Investments in Kosovo, supported by EBRD.

For almost a decade of professional work, Dita have been engaged in research and providing empirical evidence to policy solutions in the economic domain. She has also been involved in project management and especially in managing and implementing research projects. Her specific experience includes working with firm level data to analyze Kosovo’s private sector growth potential, working on Kosovo’s labor market, tackling the skills mismatch, youth employment, and demand led training in Kosovo’s private sector.

Dita has worked with several local think-tanks, including Riinvest Institute and the Institute for Development Policy, where she was a co-founder. She has also been engaged in several short term projects, including working with the World Bank in analyzing private sector solutions to the skills mismatch in the labor market.

She has completed her Master's degree in International Economics at the American University in Washington DC as a recipient of the USAID Transformational Leadership Scholarship in Kosovo. Prior to that, through a Japanese government scholarship, Dita spent an academic year in Japan as research student on trade policies at Waseda University in Tokyo. Her Bachelor’s degree is in Economics and Statistics from RIT Kosovo where she graduated as valedictorian of her class.