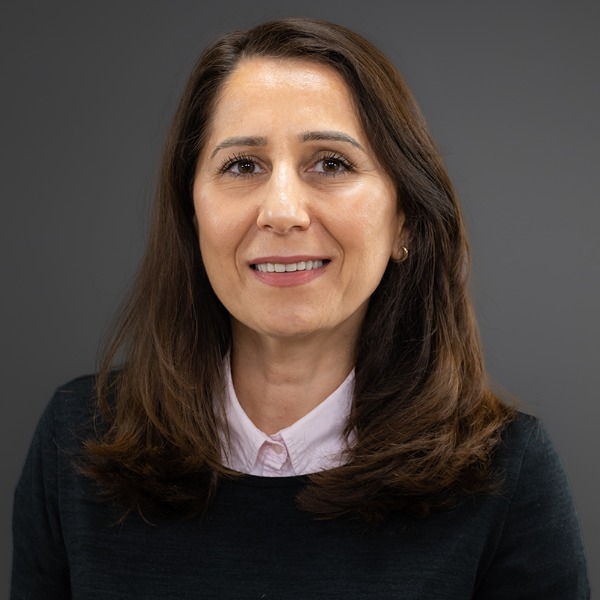 Dr. Mimoza Polloshka joined RIT Kosovo (A.U.K) in November 2003, and since then she taught several courses of Mathematics, including College Math, Interdisciplinary Math I, Interdisciplinary Math II, Discrete Mathematics and introduction to Proofs. She was also involved in the Preparatory program of RIT Kosovo (A.U.K) where she was responsible for the Math component program. In the period September 2009- September 2012, she was the Head of the Math Unit at RIT Kosovo (A.U.K). Mimoza also taught several other courses in a variety of settings, including Analytical Geometry, Theory of Probability, and Numerical Linear Algebra at the Department of Mathematics, Faculty of Mathematical and Natural Sciences, at the University of Prishtina.

Mimoza received her Ph.D. from University of Tirana, Albania, Faculty of Natural Sciences, with a dissertation on “Some classes of permutable semigroups”. She holds a Master’s degree in Algebra and Bachelor’s degree in Mathematics, from the University of Prishtina. In the period march-May 2013, Mimoza was a visiting scholar at the Math Department of Dartmouth College, New Hampshire, USA.

From October 2015, she is the Coordinator of the RIT Kosovo (A.U.K) faculty Development Center, and since that period, she implemented several projects for the Center in cooperation with RITK faculty and donor partner, as US Embassy- University Support Program, AMICAL Small Grants.

During the last two academic years, Mimoza served in the position of the Chair of the RITK Academic Senate.

Her areas of interest are research in the field of Algebra, improving the quality of teaching of Mathematics, women issues and finding ways to attract more women in science and Math.