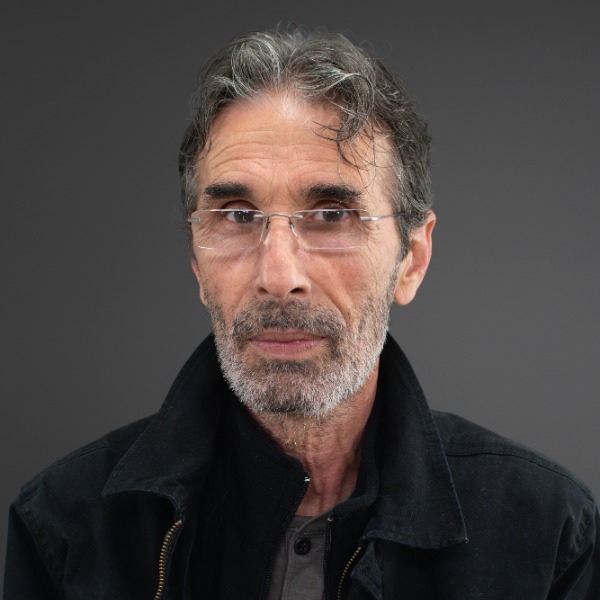 Mr. Xhevahir M. Kolgjini earned a Bachelor of Fine Arts and Masters of Fine Arts at the Art Academy in Tirana, Albania.  Xhevahir’s artistic works include 1.) fiber art (tapestries and tapestry designs), 2.) paintings in oil, acrylic, watercolor, as well as mixed media, 3.) drawings in pencil, charcoal, and pastel, and 4.) murals. Many of Xhevahir’s tapestries have become part of permanent collections at such places as the Albanian National Museum in Tirana. Recently one of his tapestries on display at the Michael Cross Gallery (Dallas, Texas) was featured on “Designing America” and “Designing Texas”. Another of his tapestries, Albanian Motif, was on exhibit at The Textile Center of Minnesota (Minneapolis). In 2009 some of his tapestries were also on exhibit at the Ceres Gallery (Chelsea, New York), where in the coming months he will have another showing of some of his artwork. Another of his more recent tapestries (i.e. Wedding I) will be exhibited in the coming months at a juried fiber arts exhibition (i.e. Fiber Options 2010) in Baltimore, Maryland. Also, many of his paintings have been exhibited at various galleries in the Dallas/Fort Worth area (e.g. South Side on Lamar Gallery and the Michael Cross Gallery), among other locations and galleries in North America. Another of his paintings (i.e. Besa [Oath]: The Legend of Konstantin and Doruntina) was on display at The Minneapolis Foundation’s “Discovering Common Ground” exhibition. Xhevahir’s murals can be found throughout the U.S. (e.g. Dallas/Fort Worth area, among other locations).

Besides the U.S. and Albania, his artwork has also been exhibited in France, Spain, Italy, Austria, Switzerland, and Turkey. Further, he has won numerous international awards for his artwork.

Among other places, Xhevahir has also taught at the Art Academy of Albania and the artistic high school “Jordan Misja” in Tirana; he was also the art director of textiles for the United Nations Development Program.

Xhevahir believes that art is a mirror of the mind, spirit, and soul of a person, culture, and nation.  As is illustrated in his artwork, he constantly attempts to express the essence of his and his community’s contemporary reality by drawing upon images of antiquity, which ultimately serve as orientation for the future.