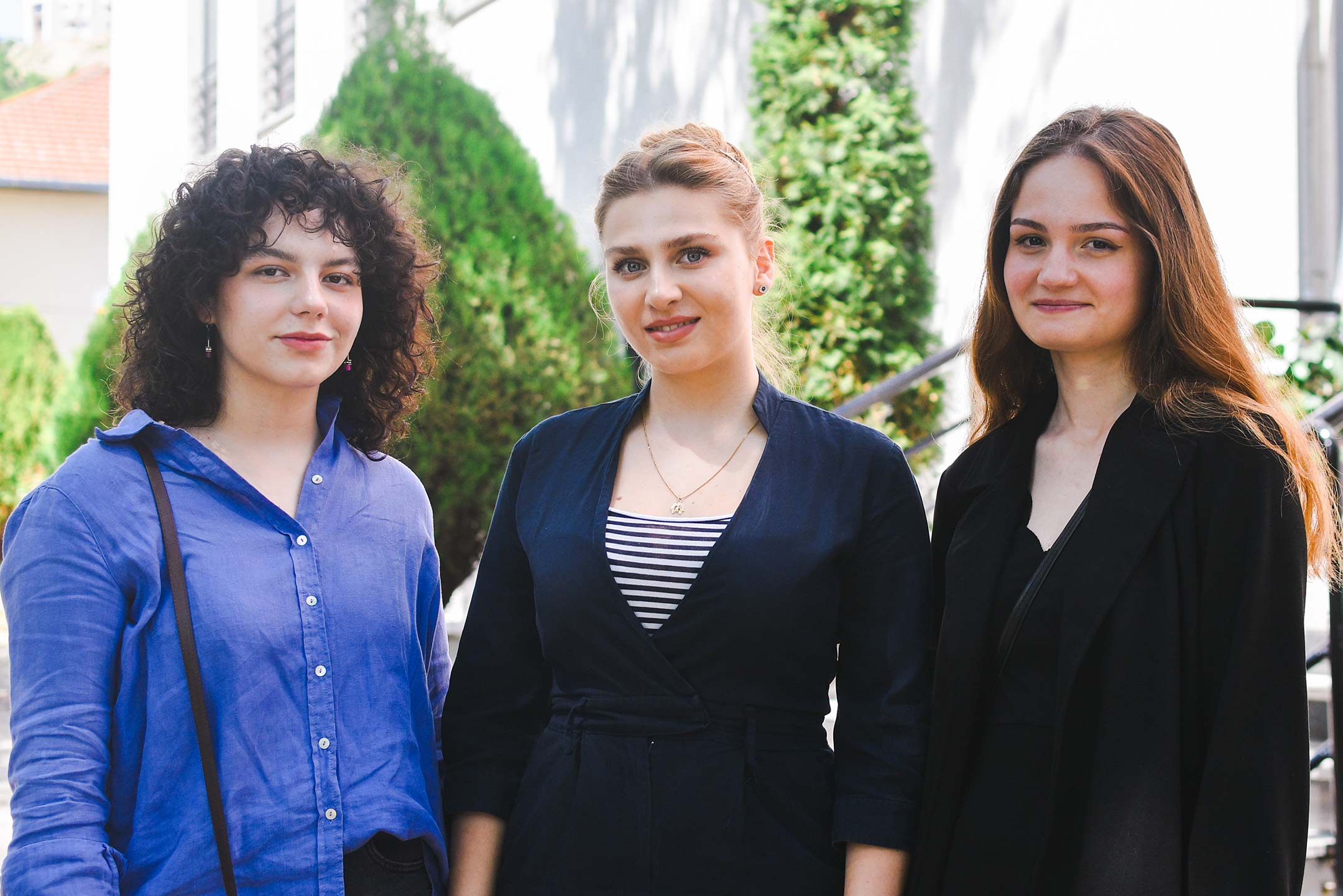 The Madam Madeleine Albright project marks the pedestal of this year's achievements by RIT Kosovo students. The initiator of these works of art was Prof. Xhevahir Kolgjini and students from Visual Arts and American Painting Class.

Mrs. Albright was a Public Official who served as a U.S. Ambassador to the United Nations (93-97) and became the first woman to hold the cabinet post of U.S. Secretary of State back in 1997-2001. She was the one who directly assured all the Kosovars that their country was free, following the steps of Former President Bill Clinton, fighting for justice and peace.

An unusual grid technique was applied to create these paintings, a total of 3 pieces. Each of them had a dedication to about 100 working hours, which proves the quality of details. Special thanks to: Tringa Isufi, Anyla Zogu and Agnesa Bexheti for their tireless work. 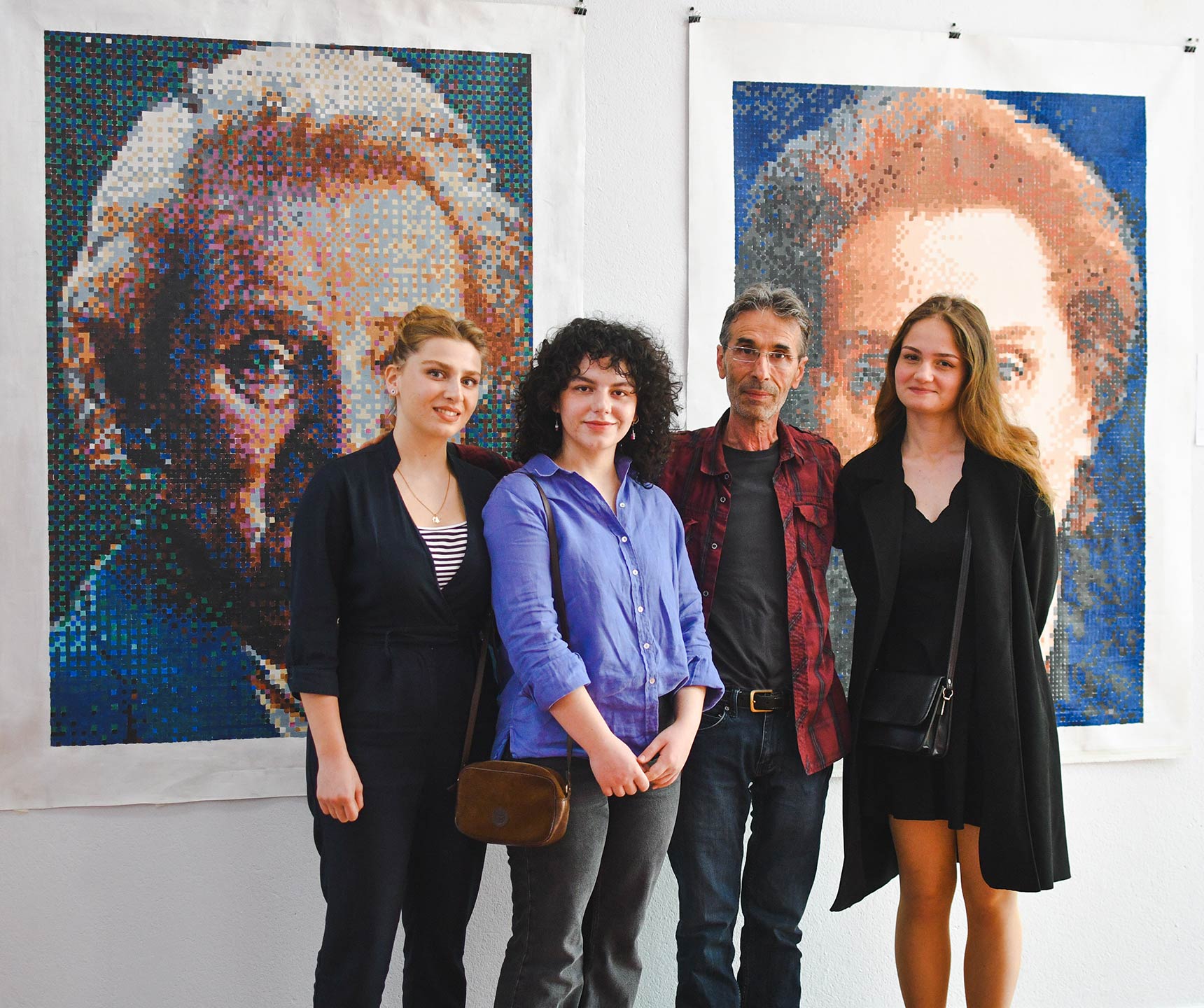 "It has been a great honor for me to do this painting as a tribute to the unforgettable Madeleine Albright! Her brave actions hold a special place in our history. She was a pivotal figure who made it possible for us to achieve our nation’s ideals of building the sovereign country that Kosovo is today and preserving our authenticity. I did this painting with heartfelt respect and admiration, in hope that it will resonate with the light that Madeleine Albright represents to so many of us."

"When the professor and I began conceptualizing this portrait, I knew it would require a great amount of work and effort, and I was ready to give this painting my all. I had high expectations for my work, and every bit of effort that was invested in it was worth it. Madeleine Albright was an incredibly important figure in Kosova's past and a pillar of our freedom. I am beyond proud to have had the opportunity to create this portrait of hers as a gift to the Albright family."

"I have been working on this picture with my deepest devotion for the figure who is seen, not only by my people, as a guardian of freedom and democracy for the oppressed nations, as the people of Kosova were. Madam Albright understood the pain and suffering of the people of Kosovo for she as a child herself was forced to leave home in war-torn Europe. I am humbled to present this picture to the family of the Lady, whose name and deed will be remembered with piety by Albanians."

These unique paintings will be delivered to Mrs. Albright's family as a sign of respect and gratitude for what she has done for Kosovo.