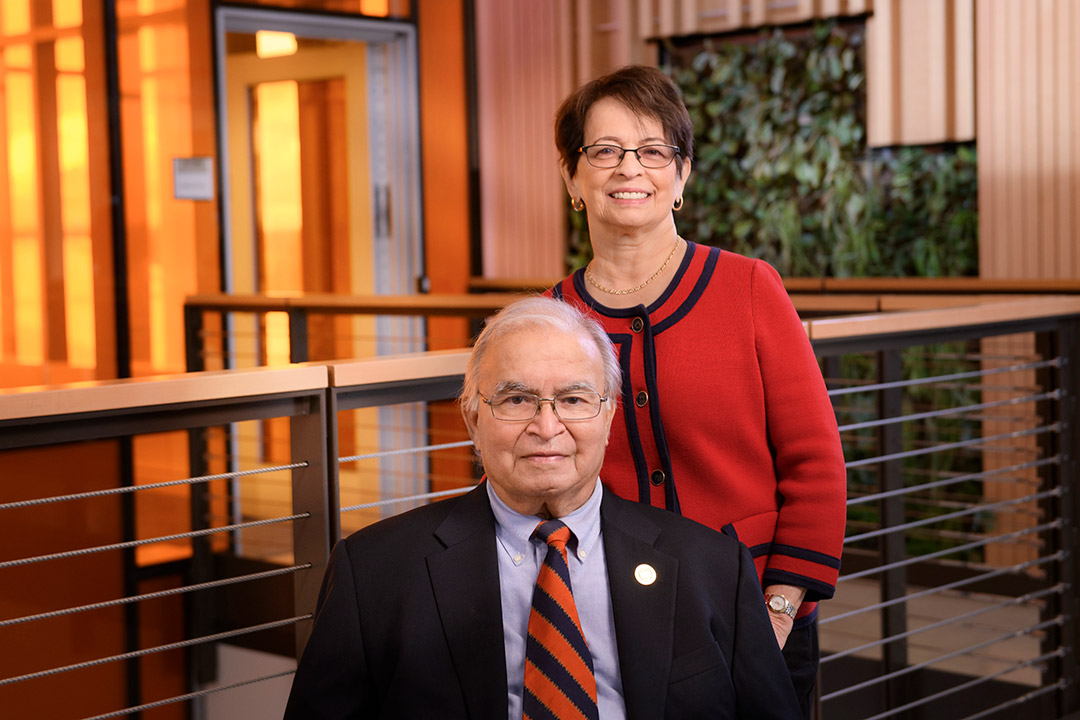 Bal and Anita Dixit were honored for their ongoing support of the university and career achievements with the Outstanding Alumni award, the highest honor bestowed upon alumni by RIT.

Sudhakar G. “Bal” Dixit ’74 (MBA) and his wife, Anita ’91 (career and human resource development) have achieved so much side by side—both personally and professionally—that it’s only fitting the couple were recognized together at RIT’s 2022 commencement.

The Dixits were honored for their ongoing support of the university and career achievements with the 2021-2022 Outstanding Alumni award—the highest honor bestowed upon alumni in recognition of service to RIT and its growth.

“It was a total surprise,” Bal beamed. “I never could have achieved my success without the education I received at RIT.”

“We were blown away, very humbled, this is a great honor,” Anita added.

A lifelong innovator in the field of materials science, Bal is the founder and chairman of Newtex Industries, a Victor, N.Y.-based global leader and pioneer in the production of advanced fabrics and engineered systems for thermal management and fire protection and containment. He established the company in 1978 after inventing the fire protection industry’s first safe and commercially viable alternative to asbestos (Zetex fiberglass fabric), and led the company as CEO until 2006.

Under Bal’s leadership, Newtex became the only fully integrated provider of woven materials and fabric-based systems that protect against heat and fire. Anita held various roles at Newtex, including director, secretary, and treasurer after graduating from RIT. Bal has credited her as a major factor in the success of the business.

In 2018, a lab inside RIT’s Golisano Institute for Sustainability, made possible by a $2 million gift commitment from Bal and Anita, began providing research and testing on fire-resistant materials and systems.

In addition to continuing his role as an emeritus member of the RIT Board of Trustees, Bal’s past work includes the Saunders College of Business Dean’s Council and Advisory Board. He received the Herbert W. Vanden Brul Entrepreneurial Award from RIT in 1992.

Anita served on RIT Women’s Council from 2011 to 2015, including as program co-chair.

Outside of his leadership role with Newtex, Bal has been an active member of the Rochester community. He has served on the boards of the Greater Rochester Chamber of Commerce, Rochester General Hospital, and the U.S. Department of Commerce’s Upstate New York Export Council, and is a past board chairman of the Buffalo branch of the Federal Reserve Bank. He was inducted into the Rochester Business Hall of Fame in 2003.

Anita previously served as a member of the board of directors of the Lifetime Assistance Foundation Inc., which works to foster independence, dignity, and respect for individuals with intellectual and developmental disabilities. In addition to the Rochester Regional Health Gala committee, Anita also served on the board of directors of the United Nations Association of Rochester, a nonprofit organization that promotes civic debate and discussion of global, social, and economic issues.

“RIT has given us both the tools and the confidence to do what we’ve accomplished, and we’re humbled to receive so much in return,” Anita said. 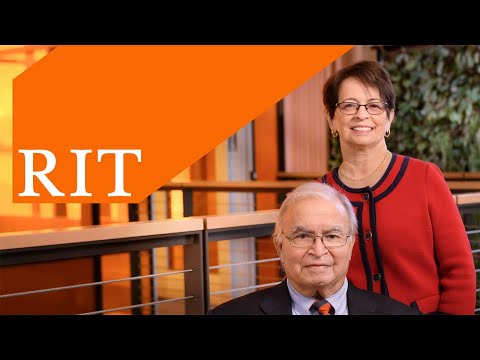