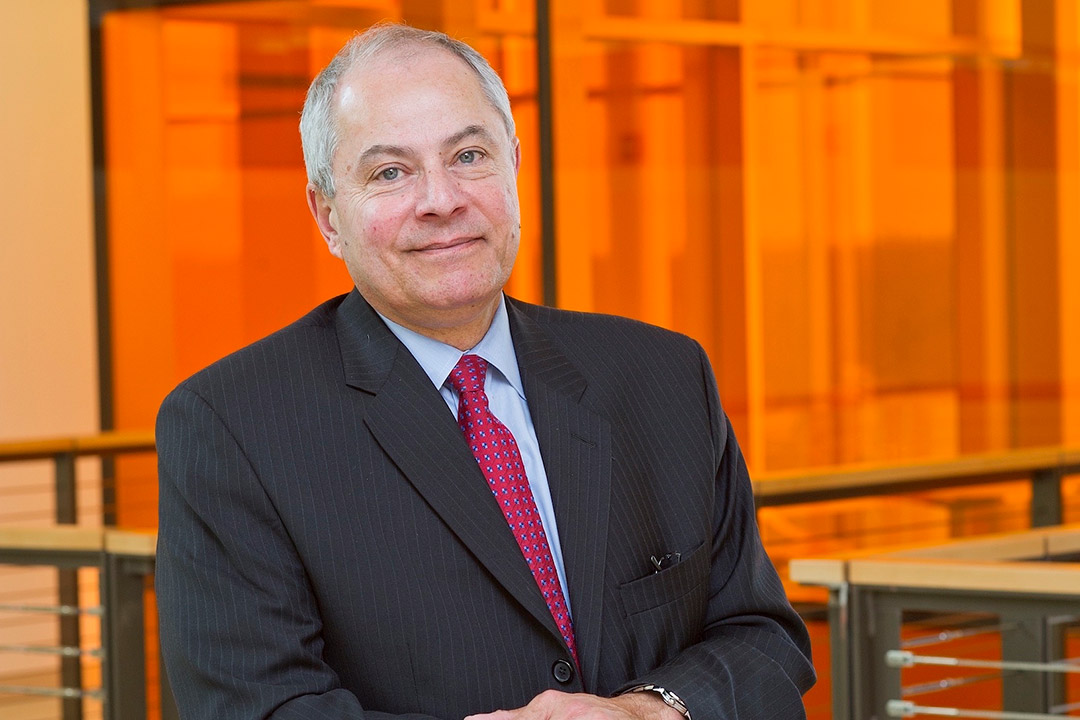 Nabil Nasr, RIT’s associate provost and founding director of the Golisano Institute for Sustainability, has been appointed a Trustee by the Ellen MacArthur Foundation.

Nabil Nasr, Rochester Institute of Technology’s associate provost and founding director of the Golisano Institute for Sustainability (GIS), has been appointed a Trustee by the Ellen MacArthur Foundation, formed in 2010 to inspire a generation to rethink, redesign and build a positive future through the vision of a circular economy.

Representing the North American region, he joins the foundation’s four other trustees alongside CEO Andrew Morlet and Dame Ellen MacArthur, founder and chair, in overseeing its mission to accelerate the transition to a circular economy, based on the principles of designing out waste and pollution, keeping products and materials in use and regenerating natural systems.

“I was fortunate to have the opportunity to contribute to the first publication on the circular economy in the early days of the foundation’s establishment, and I have continued to collaborate with the organization ever since,” Nasr said. “I continue to be very impressed with what Ellen and her outstanding team have been able to achieve over the years and see the significant impact of their work. It is an honor to have the opportunity to work with this team in this new capacity.”

“I am thrilled to have Nabil Nasr join us on the board of trustees at the Foundation,” MacArthur said. “His experience and insights have already proved invaluable to us, so we are very pleased to see him join the organization in a more formal way. His expert knowledge, particularly in the area of remanufacture, will fuel many important discussions and help the Foundation shape its thinking in the area.”

Nasr has served as an expert delegate for the U.S. government in several international forums, including the Asia-Pacific Economic Cooperation (APEC), the United Nations, the World Trade Organization, and the Organization for Economic Cooperation and Development (OECD). He is one of only three U.S. members on the International Resource Panel of the U.N.’s Environment Programme.

RIT in 2015 became a Pioneer University within the Ellen MacArthur Foundation’s Higher Education program, joining a select group of universities worldwide dedicated to accelerating a global transition to a regenerative, circular economy.

RIT joined the program as a result of its pioneering research and teaching on the emerging concept of the circular economy. Remanufacturing is a comprehensive and rigorous industrial process by which a previously sold, worn, or non-functional product or component is returned to a “like-new” or “better-than-new” condition and warranted in performance level and quality. GIS and the Center for Integrated Manufacturing Studies (CIMS) have a long heritage of industry work and thought leadership in remanufacturing, a fundamental component of the circular economy. Remanufacturing provides both an economic opportunity and an approach for addressing the most serious challenge facing the future of manufacturing: resource scarcity.

As a Pioneer University, RIT also became a member of the Ellen MacArthur Foundation’s Circular Economy 100 (CE100), a global platform bringing together leading companies, emerging innovators and regions to accelerate the transition to a circular economy.

About the Ellen MacArthur Foundation