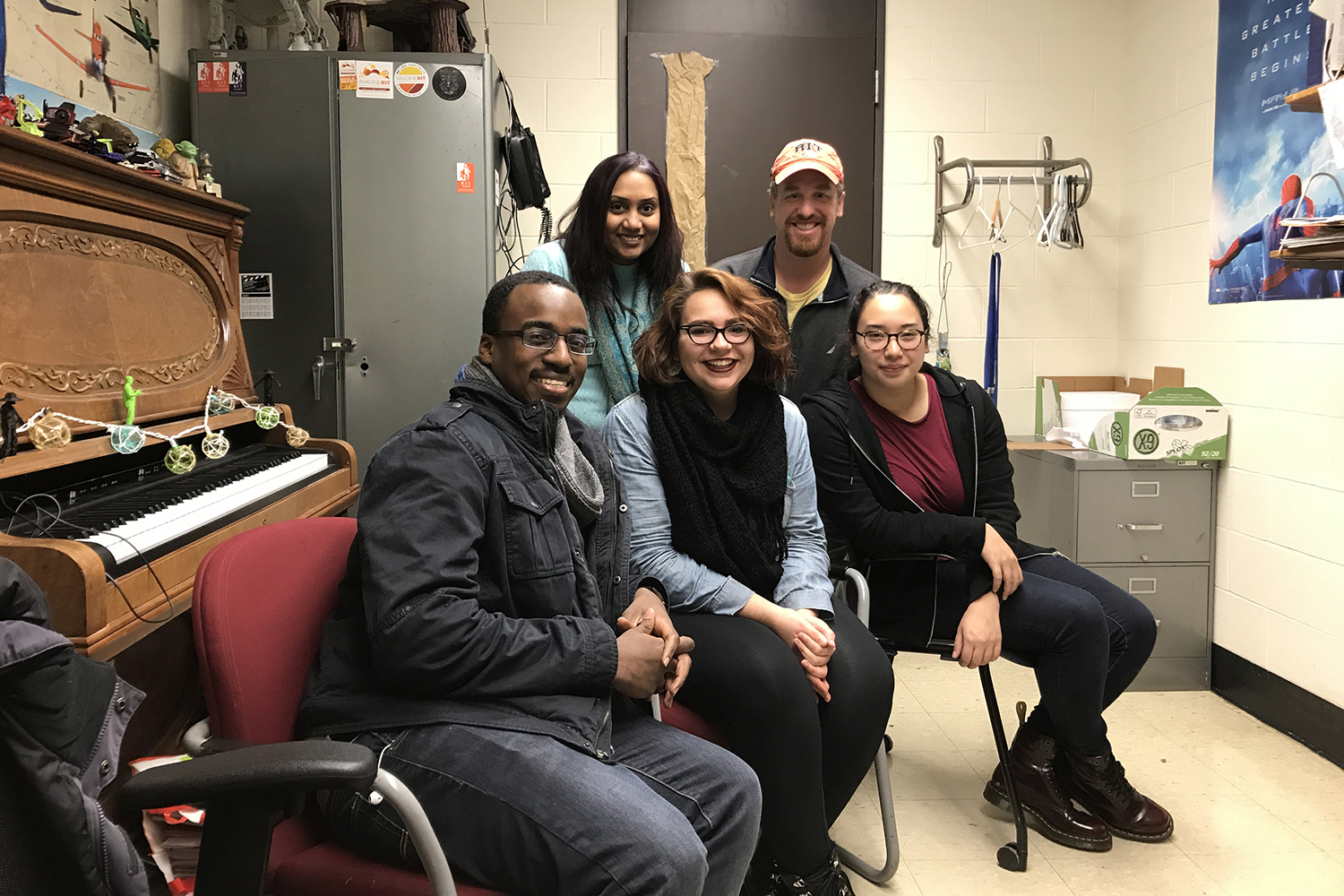 A pair of RIT School of Film and Animation (SOFA) faculty are striving to bring more authenticity to animated films.

Discouraged by an underrepresentation of minority characters in 3D-animated works, assistant professors Atia Newman and Mark Reisch started the Character Mosaic Project, which has developed significantly in recent months. The initiative aims to build a library of ethnically diverse, well-built characters that are free of charge to independent animators/filmmakers and students around the globe.

“The Mosaic Project is just about making more options,” Newman said. “We shouldn’t have such few options for people who want to make something that reflects themselves.”

“And authentic,” Reisch said. “It’s not just, ‘Here are some options.’ It’s things that are relatable to humans.”

There are free, pre-made character rigs animators can access and use now. But, Reisch said, they are predominantly white males. The limited character pool for those who rely on free rigs has caused a diversity void in films that negatively affects storytelling, according to Newman.

Newman and Reisch set out to flip the script and supply their students and other artists with more filmmaking resources that can improve work quality.

In the spring, the Character Mosaic Project kicked off with a contest challenging RIT students to design a non-Caucasian character with physical features and clothing styles genuine to real-world individuals and their cultures. SOFA student Alyssa Minko won the juried competition with her creation of Emerald (“Em”), a 15-year-old mixed-race (black and white) girl from the inner city of Pittsburgh, Pa.

Hired by Newman and Reisch, Minko and fellow SOFA students Levi Davis and Samantha Ferrigno are building Em as the project's initial character. Seven other designs were acknowledged and selected for future construction as the project evolves.

“Sometimes” the current free rigs “don’t even look human,” said Ferrigno, a senior serving as the project’s rigging artist. “We’re looking to make something that looks good, it works well, and it can appeal to a wider audience.”

Contest submissions required a thorough character backstory for proper context and deeper meaning. Students conducted expansive research on the cultures their characters are from, and challenges they face, to compile detailed biographies.

“That becomes so much more powerful,” Newman said. “… It shouldn’t just be like, ‘Here this is one stereotype to represent big groups of people.’ Each of these stories, each of these characters, they’re unique. They fit niches.”

Em, an aficionado of the arts, faces unbeknownst discrimination for being mixed race. According to Minko’s case study, Em questions her own identity due her struggles finding her place in certain high school circles. Em feels she doesn’t fit in groups consisting of black students or kids from affluent white families.

The hope, Reisch said, is to have two of the eight contest-winning characters finished by the end of the spring semester, and find additional funding to continue building and hold further contests.

The competition standards effectively removed the issue that triggered the initiative in the first place.

It’s routine for students to utilize free rigs since creating one robust character from scratch is a time-consuming, technical process. So Newman and Reisch pursued the ambitious Character Mosaic Project — backed by a one-year Connect Grant through AdvanceRIT, a project funded by the National Science Foundation — to streamline the broadening of character casts.

“It’s just going to be really great to see more diversity out there,” Ferrigno said. “A lot of the mainstream rigs that you use are just the same body type, and it restricts you if you’re trying to tell a story.”

To Newman’s and Reisch’s knowledge, their idea is the first of its kind. They’re taking measures to ensure the rigs are versatile enough to accommodate various situations and the high volume of films RIT students and others make.

With precise details, accurate research and quality character assembly forming the nucleus of the project, those qualities shined through in the contest submissions.

Another one of the winning designs honors the large population of people of Arab descent living in Germany. The male German-Arab character feels alienated by German society as, based on his appearance, people assume he’s not German despite speaking the native language and residing in the country his entire life.

It’s that type of depth — in both physical traits and personality — the Character Mosaic Project is hoping to provide films all over.

“Somebody asked me, ‘What if somebody takes your idea?’” Reisch said. “Well that would be great. Yes, we want to be the hub to go to, that would be fantastic. But if it sparks other people to make more ethnically diverse characters, that’s the ultimate goal of the project, is to start making that more mass market.”

The project’s leaders are currently exploring further sources of funding and are receptive to different ideas as they look to continue the initiative’s momentum.

“This project is starting to move those gears,” Ferrigno said, “just starting to get people to actually think about it and spur them into action.”