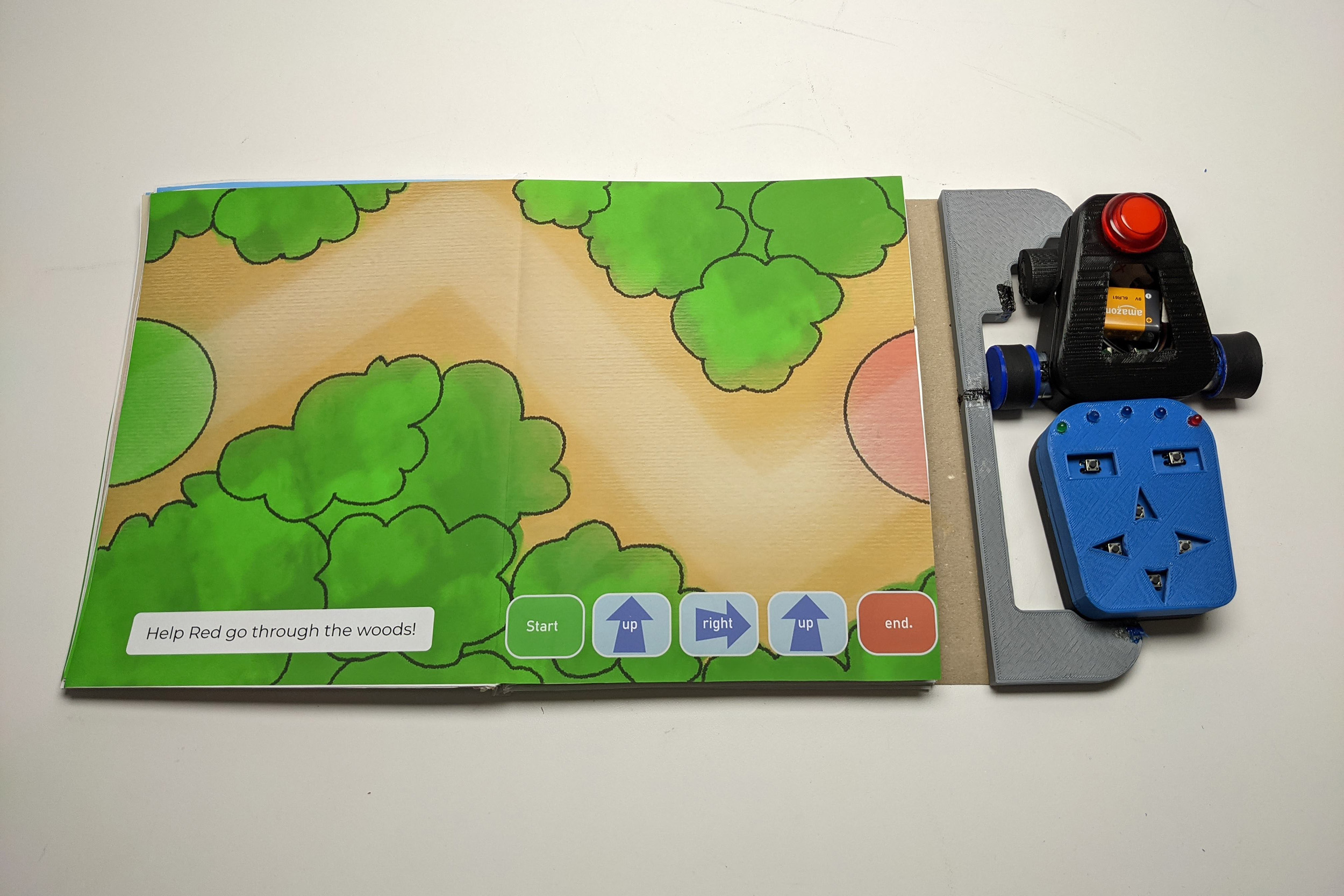 For their capstone project, Ari McMahon designed "Storybook Robotics," a story and companion robot that encourages the introduction of technology education through making a connection between reading and coding.

Ari McMahon ’22 (industrial design) feels a natural urge to build a robot for any assigned project.

McMahon is an “engineer-focused industrial designer” who has blurred the line between the two disciplines at RIT.

“That’s why I chose RIT. You have technology that is imbued in every single major here,” said McMahon, who transferred to RIT after beginning their college career as a robotics engineering major. “There’s always going to be some crossover that RIT really just nails on the head.” 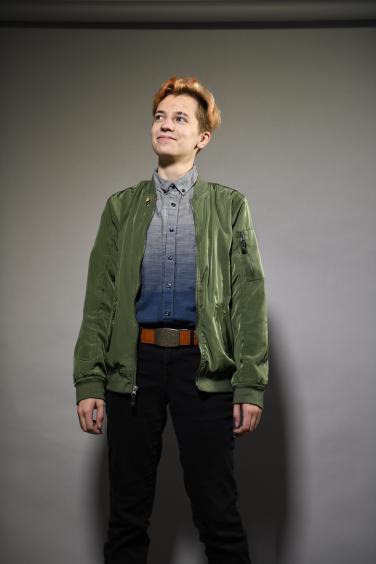 McMahon will continue applying their unique background as a design engineer for Unger Enterprises, a cleaning products supplier in Bridgeport, Ct., shortly after graduating in May.

“I’m really excited to start because I absolutely loved all of my co-op (cooperative education) experiences,” McMahon said. “Just being in industry and making things and using what I’ve learned to solve these brand-new problems, I love that — just inventing.”

McMahon’s capstone project was the final infusion of engineering in their problem-solving designs while at RIT.

“Storybook Robotics” encourages the introduction of technology education to children aged 4-7. Through an interactive story, the divergent educational toy allows children to make the connection between reading and coding.

“Over the last two years we’ve had a big digital divide within classrooms,” McMahon said. “Even though technology education empirically starts in fourth grade, the level of confidence children build before that determines how interested they’re going to be in technology. By affecting their confidence at an early age, we can encourage them to get into technology more.”

In addition to an actual written story, “Storybook Robotics” has a companion remote and mobile robot. As users read the book, there are instructions to press a sequence of remote buttons that order the robot to move in a pattern that goes with the story. The programming gets progressively more complex to scale with readers as they grow. 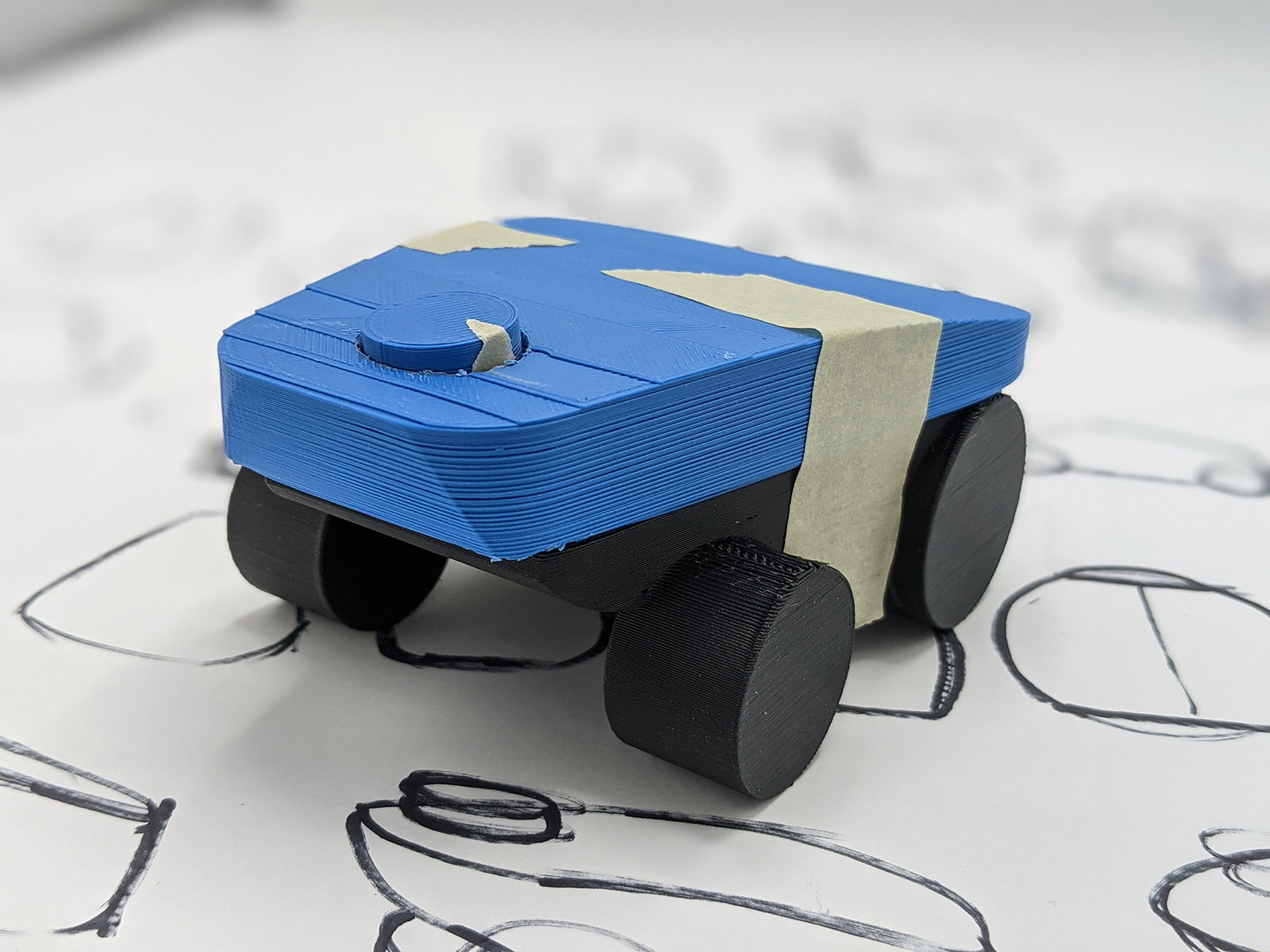 The robot used for "Storybook Robotics."

McMahon’s research uncovered an expensive market for robotics-focused toys. Their solution is a product that supports intrinsic knowledge of robotics and encourages independent and collaborative play.

“Learning robotics is so much more than job preparation now,” McMahon said. “It’s learning to express yourself in language, in programming language, and learning how to translate that into robotics.”

But McMahon quickly discovered they had a different thought process than their peers.

“I sketched out my ideas first and thought about problems creatively,” they said. “I often arrived at the solution without doing any of the in-the-box engineering or math.” 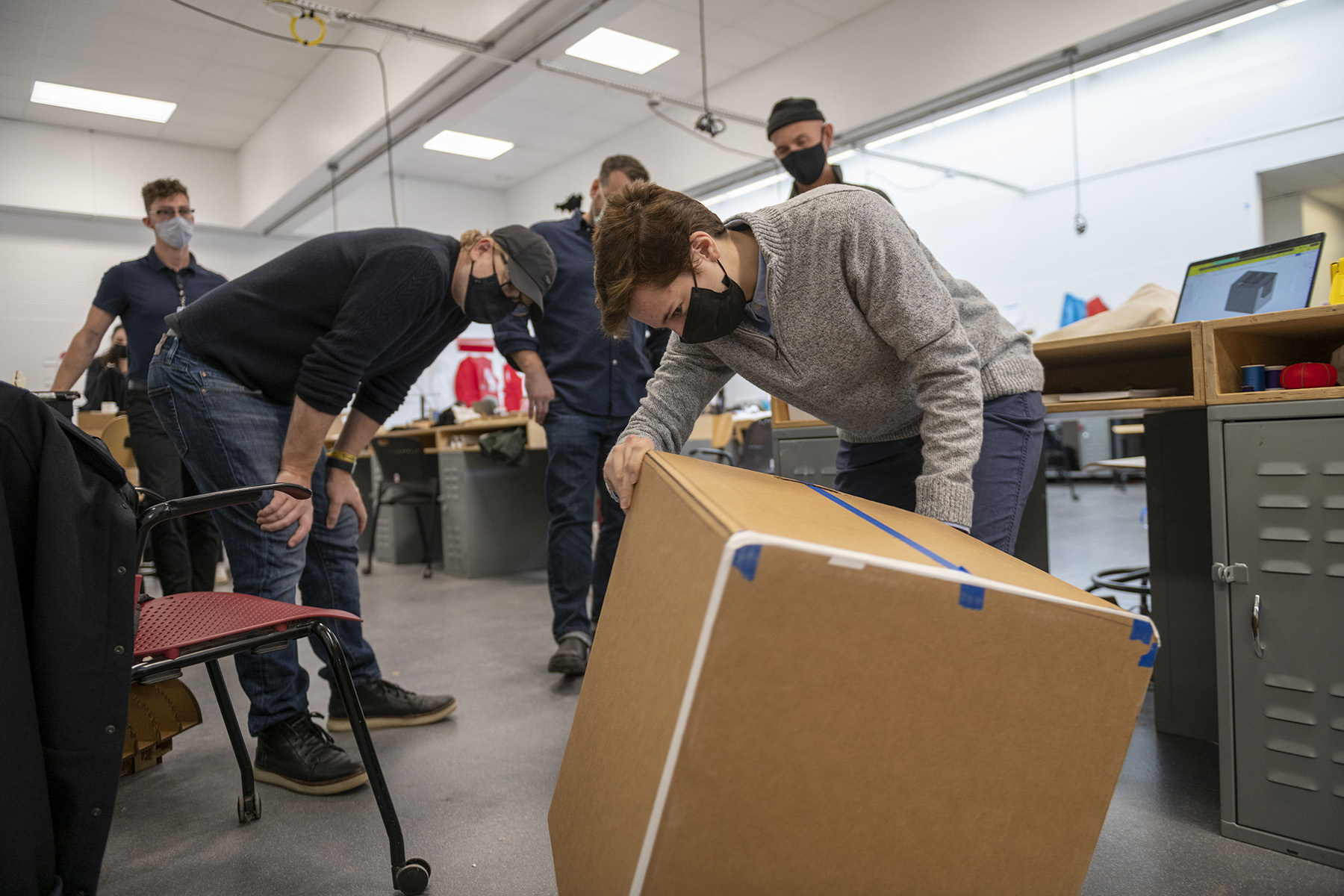 Ari McMahon shows off an in-progress prototype for a sifting litter box they designed to Modkat co-founders Rich Williams and Brett Teper '94 (industrial design). Students designed products in partnership with the cat litter box company for the Metaproject 12 course.

McMahon took it as a sign to pursue a more hands-on education. It led them to RIT’s industrial design program, engineering skill set in tow.

“The fact that you’re getting real-world, design process experience through many of your classes, in addition to materials and processes, that’s what works for me,” McMahon said. “Industrial design does that absolutely flawlessly, being able to think creatively and present your ideas — do storytelling and explain why your idea is going to change the world.”

Naturally, McMahon took classes in the Kate Gleason College of Engineering to advance their design ideas, and frequently visited the The Construct makerspace, the College of Art and Design’s Fab Lab and RIT Libraries. McMahon also took advantage of RIT’s reputation as a leader in experiential learning, completing a co-op at Unilever and internships with Procter & Gamble and Charged Concepts.

McMahon said the mix of design and engineering classes and their industry experience helped guide them to the full-time opportunity at Unger Enterprises. McMahon will execute the typical responsibilities of a mechanical engineer and an industrial designer — an appropriate start to their career.

“Industrial design is great because it’s such a big picture and RIT emphasizes that you can really take it in any direction you want,” McMahon said.