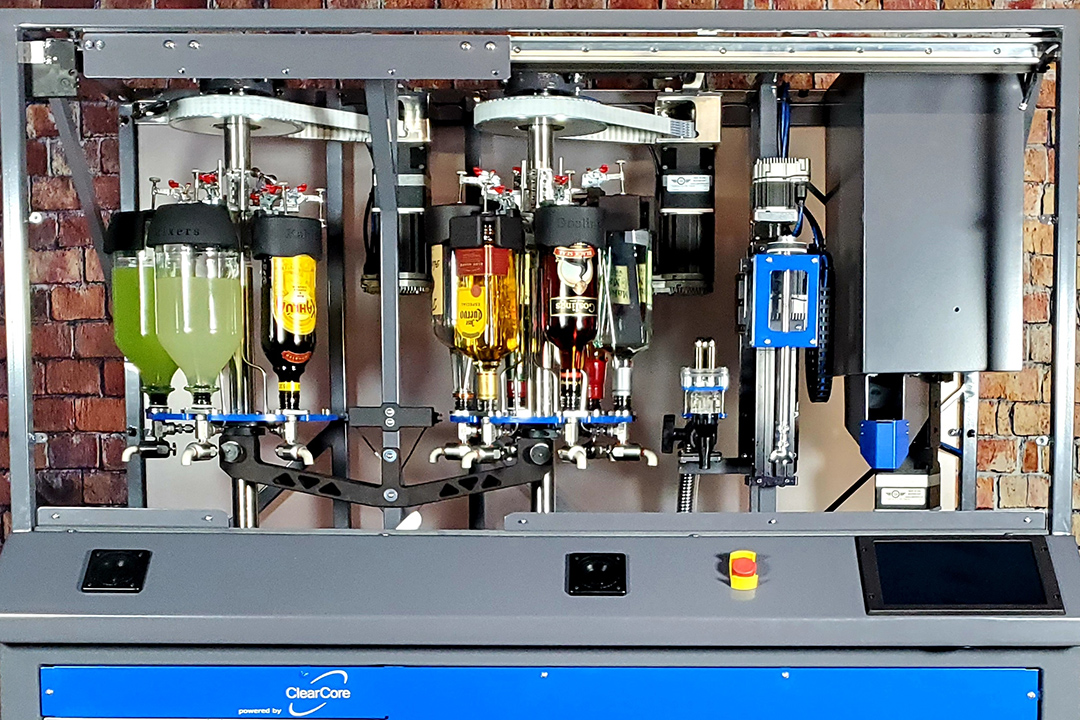 Several engineering and computer science students who worked at Teknic, a local motion controller device company, developed a robotic bartender to model how electronic equipment can be integrated with the company’s newest technology.

When Teknic challenged a co-op student team from RIT to produce a configurable, automated machine that would use its newest motion and I/O controller called ClearCore, team members responded with a robotic bartender that automates the drink-making process.

Undergraduates from RIT’s Kate Gleason College of Engineering and Golisano College of Computing and Information Sciences worked during the summer and fall through required co-op experiences with the company, which manufactures servo motion control components.

“The robotic bartender is a mix of fun and serious engineering,” said Abe Amirana, Teknic’s director.

Integrating high-tech, brushless servo motors, connections to multiple networked devices such as digital and analog sensors, solenoids, LEDs, pneumatics and other hardware devices, the robotic bartender is capable of producing thousands of mixed drink combinations. Users can interact with the bartender through a touch screen interface, browse an extensive menu, vary combinations, and place an order.

“RIT has a really good emphasis on group work and communications – that proved invaluable when working with an inter-disciplinary team trying to complete a sophisticated automated machine of this nature in a short period of time,” said Carter Miller, a mechanical engineering major who expects to graduate this May. He did one block at Teknic as a co-op and recently accepted an offer to work with the company. After graduation he’ll join its mechanical engineering department.

“My education in 3D solid modeling was also really valuable,” he continued. “The machine space constraints were tight and because we modeled the entire system in 3D CAD, we uncovered several internal interferences which would have delayed the entire program by weeks had they not been caught before releasing parts.”

The team was made up of mechanical, electrical, computer, and software engineering students.

Brandon Key, now a software engineer with Teknic, is a graduate of RIT’s computer engineering program. He and project teammates, Cody Burrows and Alex Amari, both computing science majors, were instrumental in coordinating the robotic bartender’s multiple system devices. All three have been hired by Teknic.

“In the software design, we had to deal with multiple input streams—estop, pressure valve, requests from the touchscreen—so the state machine design to time slice everything was critical,” Key said. “My coursework in embedded systems was helpful in this exercise.”

RIT’s cooperative education program is offered to students to apply what they have learned in the classroom through meaningful work experience opportunities. Students participate over the course of several semesters in different industries and responsibility areas as well as in research centers at the university.

“At Teknic, we have a strong commitment and loyalty to the co-op program,” said Amirana. “We had a successful 2020, a most difficult year for many, and we were able to honor our commitments to the program and the students.” 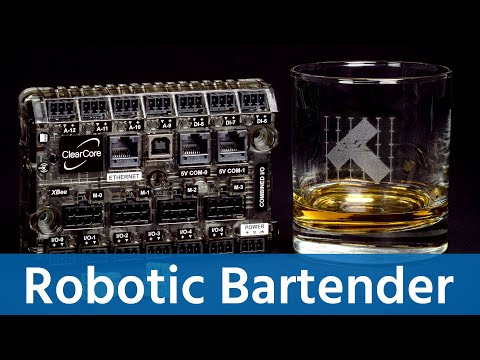