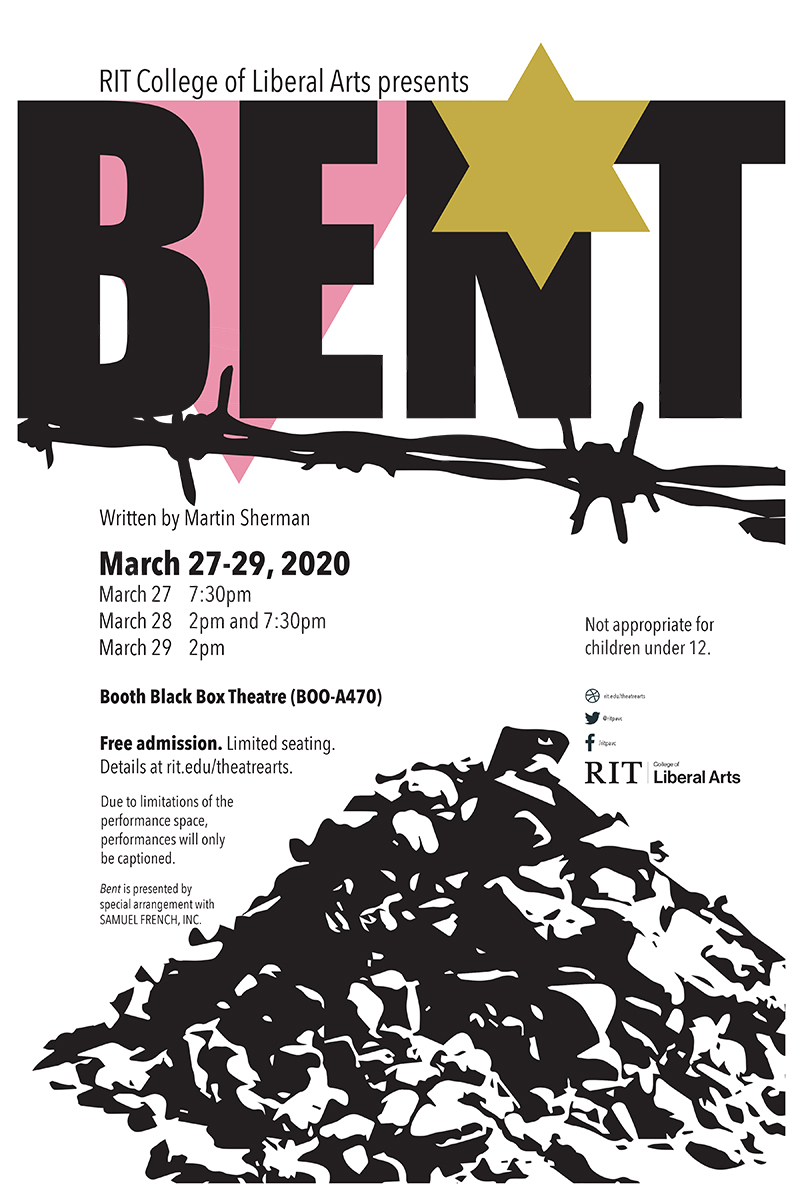 POSTPONED: This production is being postponed to a later date. Details on new production dates will be announced as soon as they are finalized. Thank you for your understanding!

From the sordid underground nightlife of 1930’s Berlin to the dusty rock pits of Dachau, Martin Sherman’s play Bent exposes the grim reality of the queer German’s tribulations after The Night of the Long Knives. After ne’er-do-well Max and his lover Rudy mistakenly invite a German soldier home for a one-night stand, they must escape Berlin to avoid facing complicity. Following his capture, Max is befriended by Horst as they are transported toward imprisonment at Dachau. Tensions mount for Max and Horst behind the steel fences of the concentration camp as they attempt to adjust to their new existence. Martin Sherman’s Tony nominated play offers a glimpse of hope and transcendence beyond the horrors of Nazi brutality.

Due to limitations of the performance space, performances will only be captioned.
Not appropriate for children under 12.

Due to limitations of the performance space, performances will only be captioned.