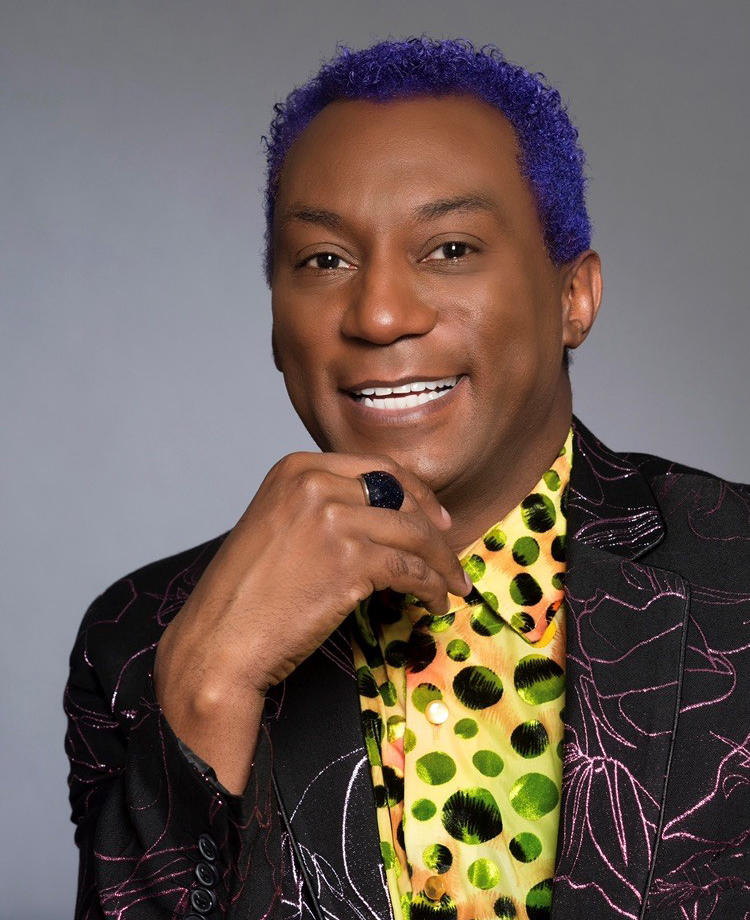 Thomas Warfield ​was born and raised in Rochester, and has lived in 6 countries. He has performed from stage to television to film, in more than 100 cities worldwide; as a singer, dancer, actor, model, composer, choreographer, director, producer, educator, activist and poet. His performances have been a vast variety including the Metropolitan Opera, 17yrs of performances at ’The Yard’ on Martha’s Vineyard, a circus in Japan, giving performances and workshops in three U.S. prisons, a Command Performance for Queen Elizabeth in London, solo concerts throughout the USA and in 28 cities around the world, and an east-coast tour of his original project for RIT/NTID AstroDance - combining dance and astrophysics funded by the National Science Foundation. Thomas has worked with AIDS patients in Thailand, blind students in Taiwan, the homeless in Utah and NYC, inner-city youth in North Carolina and Texas, arts in education programs in Hawaii, Idaho, Wyoming, California and Florida and in 36 other states. He has worked with directors Spike Lee and Franco Zefferelli, composers John Adams and Marvin Hamlisch, scientist Carl Sagan, singers Placido Domingo, Beverly Sills and worked with and danced in works by choreographers Merce Cunningham, Paul Taylor, Jose Limon, Robert Joffrey, Bill T. Jones, Jane Dudley, Tandy Beal, Anna Sokolow, Irina Nijinska and numerous others. Thomas Warfield has been director of dance in the Department of Cultural and Creative Studies at the National Technical Institute for the Deaf at Rochester Institute of Technology for 22yrs, where he has choreographed over 30 dances including 4 full-evening story ballets. At RIT he served as chair of the President’s Commission on Pluralism and Inclusion and Performing Arts Task Force. He holds a BFA in dance from SUNY Purchase (recipient of the President’s Award for Excellence) and an MFA in Dance/Ethnology from University of Utah, where he received a research fellowship and full scholarship. Thomas Warfield has taught extensively in the U.S.A. and abroad on a variety of subjects which include: ballet, modern dance, jazz dance, hip-hop fusion dance and African-based dance, choreography, improvisation, piano, voice, acting, poetry, English, African-American studies, art/religion, and classes on individual and social identity, inner peace, self-esteem, and workshops on nurturing compassion.

As founder and artistic director of PeaceArt International (a 29yr old local/global outreach organization), and former trainer for National Coalition Building Institute (NCBI), Thomas reinterpreted and integrated the NCBI, Alternatives to Violence Program, dance & music therapy tools of coalition building, leadership, self-affirmation and diversity principles into the creative process exercises of his local/global community building through arts PeaceArt projects fostering world peace. His Global Poem In Praise of Peace garnered global recognition in letters from composer Leonard Bernstein and Mother Teresa and hundreds of others. Mr. Warfield’s first solo album, Celebrate the Moment, has sold throughout the world and can be found on CDbaby.com and itunes.com. As a performing artist, his work has been noted in The New York Times, Hong Kong Daily Standard, China News, Rochester Democrat and Chronicle, Salt Lake Tribune, News and Observer (Raleigh, NC), Le Monde in France and many others. The British publication, The Morning Star wrote his "...sensitive, superbly trained body filled every word and every movement with bitter meaning." Thomas serves as vice president of the MuCCC Theatre board, former president of ARTWalk (and co-creator of ARTWalk Alive Festival), Association of Teaching Artists (founding member and former president of Rochester chapter), the William Warfield Scholarship Fund at Eastman School of Music (president emeritis), on the board of Rochester Fringe Festival (chair Diversity committee) and on the Advisory boards of Rochester Area Community Foundation, and formally board member of Gateways Music Festival, Greentopia, Education for Peace, China Millennium Council, Young Audiences, and associate director of the New York Dance Festival (for over 20 years). He is recipient of numerous awards including: the 2014 Essie Calhoun Diversity Award from Geva Theatre,  the Individual Artist Award from the Rochester Arts & Cultural Council, Diversity Trailblazer Award from RIT, Unsung Heroes Award from the City of Rochester, The 2010 Elliott-Black Award from The American Ethical Union, 2015 Community Champion Award from the Empire State Pride Agenda, United Nations Young Ambassadors Award, National Dance Association Award, Be More Award from PBS, Honorary Artist Citizen from the city of Macau, China, and the 2001 Off Off-Broadway Award for Choreography among others.

Marc Ellis Holland is Broadway and touring dance veteran whose credits include Cats, Radio City Christmas Spectacular, Jesus Christ Superstar, Guys and Dolls and La Cage Aux Folles.  He has performed with Deca Dance Company of New York City and Kineolab in Rochester, NY.  Internationally, he has performed in Japan, Austria, Hungary, and Mexico with both Cats and Deca Dance Company tours.  Marc also has experience in the television industry, appearing in commercials and industry events throughout his career.  He also appeared in summer stock at Pittsburgh Playhouse and West Virginia Theater in Morgantown, WV performing in La Cage Aux Folles, Anything Goes, Man of La Mancha, Chorus Line, Music Man, and West Side Story'

Marc holds a Bachelor of Arts in Dance from Point Park University in Pittsburgh, PA.  He also was a recipient of a scholarship with the Iowa Ballet Company.  He is Cecchetti certified and has been a faculty member for the last ten years for the Cecchetti International Ballet Camp in Holland, Michigan.  Marc has also been a returning Guest Faculty Members for Ann Parsley School of Dance’s annual ballet camp in Michigan, as well as conducting master classes and workshops for thousands of students and teachers in almost a dozen states.

Marc was on the faculty of Clarion University of Pennsylvania, where he taught dance and choreographed shows, including Fiddler on the Roof, Beauty and the Beast, Grease, and High School Musical.  He also teaches ballet, jazz, hip hop, lyrical, modern, and contemporary dance classes and choreographs competitive numbers for studios in Rochester, NY.  Marc has collaborated with the Rochester Gay Men’s Chorus, bringing his students to perform with them, and recently appeared on stage at Rochester Fringe Fest in Invoking Justice, by Curtis Stedge.  He was selected to perform in Open Heart, Closed Hands, by Zachary Frazee, at So You Think You Can Choreograph in Saratoga Springs, NY.

A native of Western Pennsylvania, Marc currently resides in Rochester, NY with his husband.

Nicole Cruz is a New Englander hailing from New Hampshire. She moved to Rochester, New York in 2006 to attend the National Technical Institute for the Deaf. She majored in Graphic Design, graduating with an Associates of Applied Science degree in 2013 along with a Certificate in Performing Arts. She is also currently completing her Bachelor of Science degree in Human Resources Management at Southern New Hampshire University. With over 26 years dance experience, Nicole has also been part of RIT/NTID Dance Company since 2006, training under Thomas Warfield. She began dancing at the age of three with Diane's Dance Academy and then Edgewater Academy of Dance in Gilford, New Hampshire. By the time she graduated from high school she had completed 15 years of dance (that's a lot of shoes and costumes!). In addition to dancing, she started performing at 8 years old for the Community Players of Concord New Hampshire. Her first debut was as the jailer's daughter in the Wind and the Willows. Along with Nicole's background in dance and acting, she brings her experience in areas of building and painting sets, designing, and maintaining costumes and props to the department of Performing Arts at NTID. 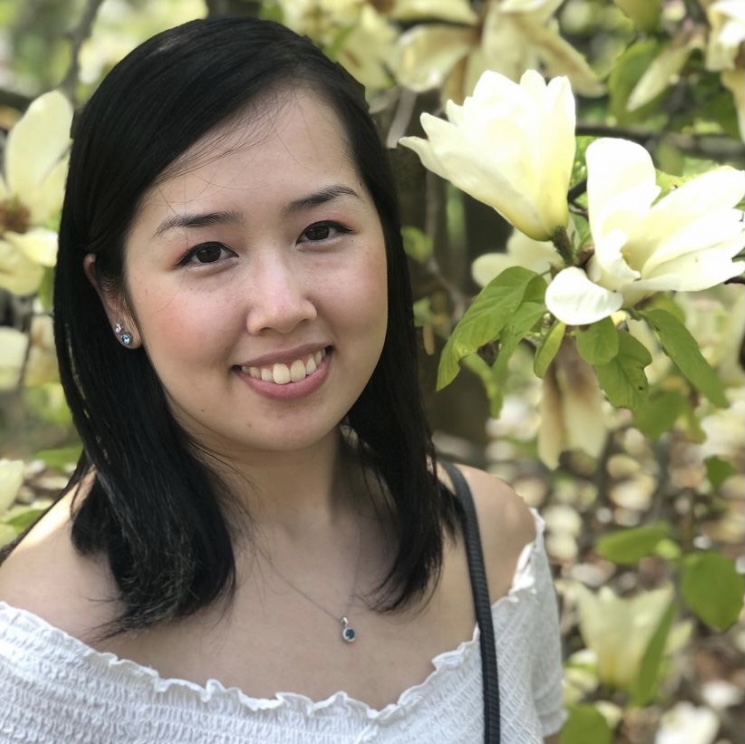 Julia Nguyen is a Rochester, New York native with a Bachelor’s degree in Visual Communication and Design. She started her dance journey in 2014 with a concentration in hip-hop dance. She served as the main choreographer and dance captain for RIT Velocity where she created over 25 dance routines and implemented a dance curriculum to elevate the team’s skill and foundation in dance. Julia was responsible for coordinating dance camp intensives on campus as well as team trips to Toronto and New York City for professional dance training at the Underground Dance Center and Reveal Dance Camp. She also produced competition routines that won first place for three consecutive years at Geneseo’s Fight for the Knight. Additionally, Julia also served as the team’s graphic designer and created the marketing materials needed for dance workshops and events.

Claire Candelori, Student Assistant to the Director of Dance at RIT 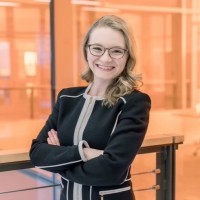 Claire Candelori, B.S. Industrial & Systems Engineering ’20 and M.B.A. ’21, has had a passion for dance since she started at the age of four. Claire became a competitive Irish Step dancer at the age of 10. She had a successful career as a highly ranked competitive Irish Step dancer being a two-time North American Irish Dance Championship Qualifier. Claire was very active in RIT Vis Viva Dance Company, as well as RIT NTID Dance Company. In Vis Viva, she was vice president, performing team member, and choreographer. In addition, she was the Brick City Singers Choreographer for their ICAA Competition Set.

It was such an eye-opening experience to be a part of a collaborative and welcoming environment within the hearing and deaf communities. Her favorite part was being a part of a show that connected everyone through dance.  It was fascinating and extremely impressive to see the extensive technical workings of the stage. To see the dancers, rely on lights, vibrations on the stage floor, and visual cues were inspiring. She is proud to say she have been working as Thomas Warfield’s assistant to the director since fall of 2019 to help create the foundation for a dance program here at RIT. Claire Candelori has been working as a Process Improvement Analyst at Navy Federal Credit Union.

Ann-Katherine Candelori, Student Assistant to the Director of Dance at RIT 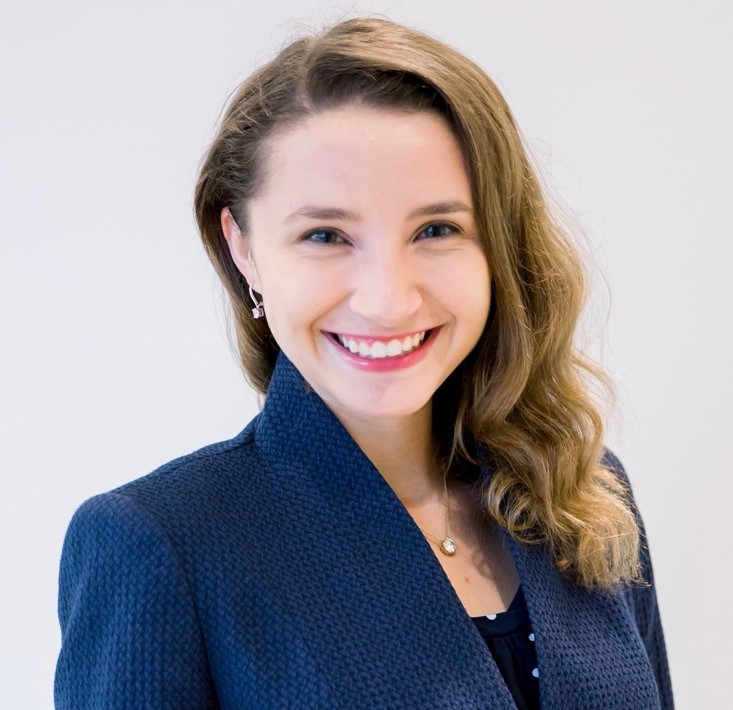 Ann-Katherine L. Candelori, will graduate with a B.S. in Management Information Systems and Supply Chain Management minor in May 2022.  She started dancing at The Griffith Academy of Dance in Wethersfield, CT at the age of four where she trained and excelled in the areas of Irish Step Dance, Tap, Jazz, and Ballet.  She began competing in Irish Step Dancing at the age of eight and went on to have a successful career as a highly ranked Competitive Irish Step dancer, qualifying both regionally and as a North American Irish Dance Championship Qualifier.

Ann-Katherine is the Assistant to the Director of Dance, Thomas Warfield, at the Rochester Institute of Technology.  She is responsible for building experiential and educational programs for the current Performing Art Scholars at RIT to assist them as they pursue their individual dance career objectives through performances, workshops, and master class opportunities.

In addition to dance, Ann-Katherine is the Chief Academy Officer of the Leadership Academy at the Saunders School of Business at RIT.  She manages the Leadership Team and the Leadership Academy’s programs and events placing focus on the Peer Mentorship, Student Leadership, and four Certificate Programs.  Additionally, she created and will lead the Women’s Leadership Summit in 2022 connecting RIT and NTID Professional Alumni with current students, prospective students, faculty, and staff.  Ann-Katherine is a two-time Grace Hopper Conference Scholarship Recipient for Women in Computing, ICAA Brick City Singers Choreographer, and RIT Student Ambassador.  She has been working as a Business Analyst with Cisco Systems, Inc. since May 2020, and will be joining full-time starting August 2022. 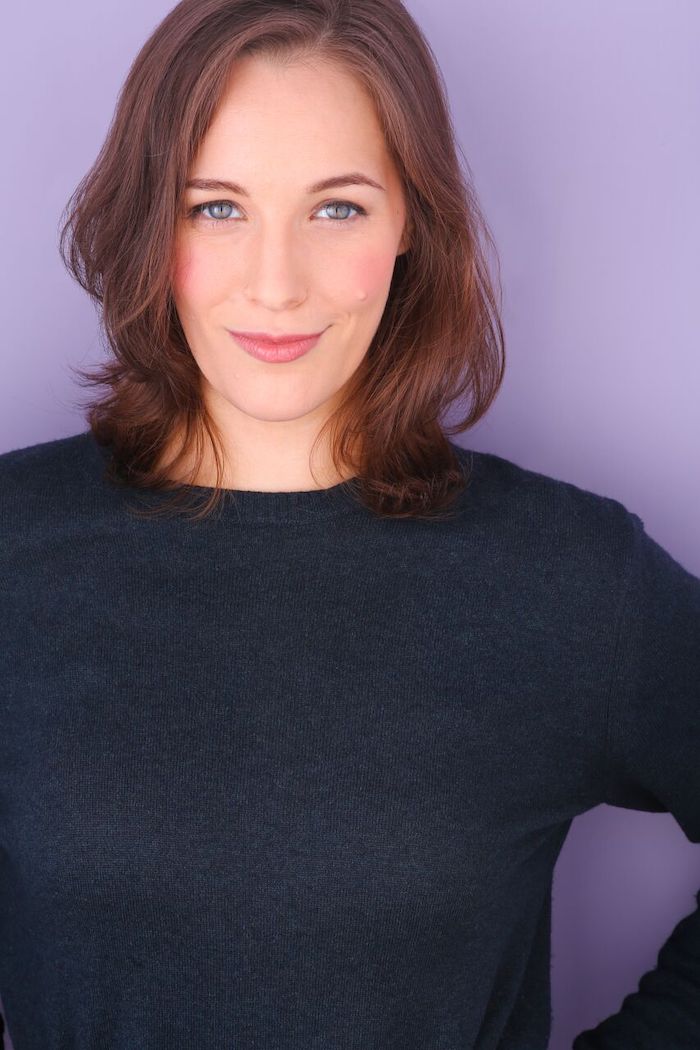 Rachel is excited to join the NTID Performing Arts department at RIT as its Interim Dance Coordinator. She recently came from corporate finance and the supply chain industry but has a long history in arts management, and is looking forward to returning to the arts/education sphere in this role.

An actor, vocalist and movement director/choreographer, she recently returned to Rochester having lived and performed in NYC for 8 years. She brings a background in physical theater (commedia dell’arte, dance, devised theatre), alternative acting styles, and character-based storytelling. 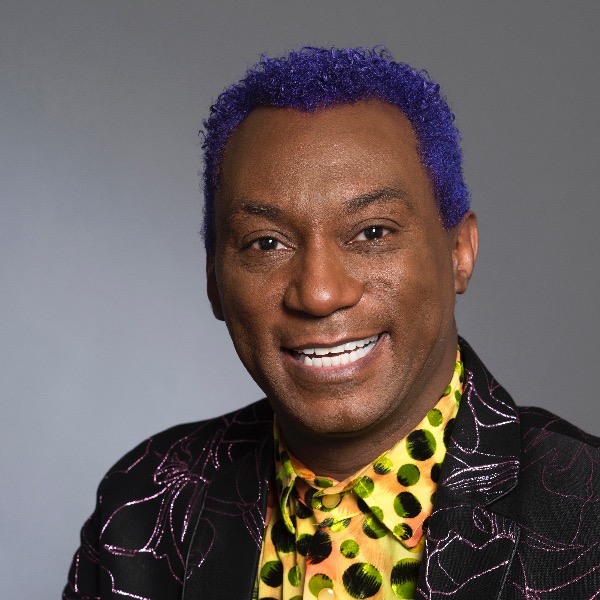