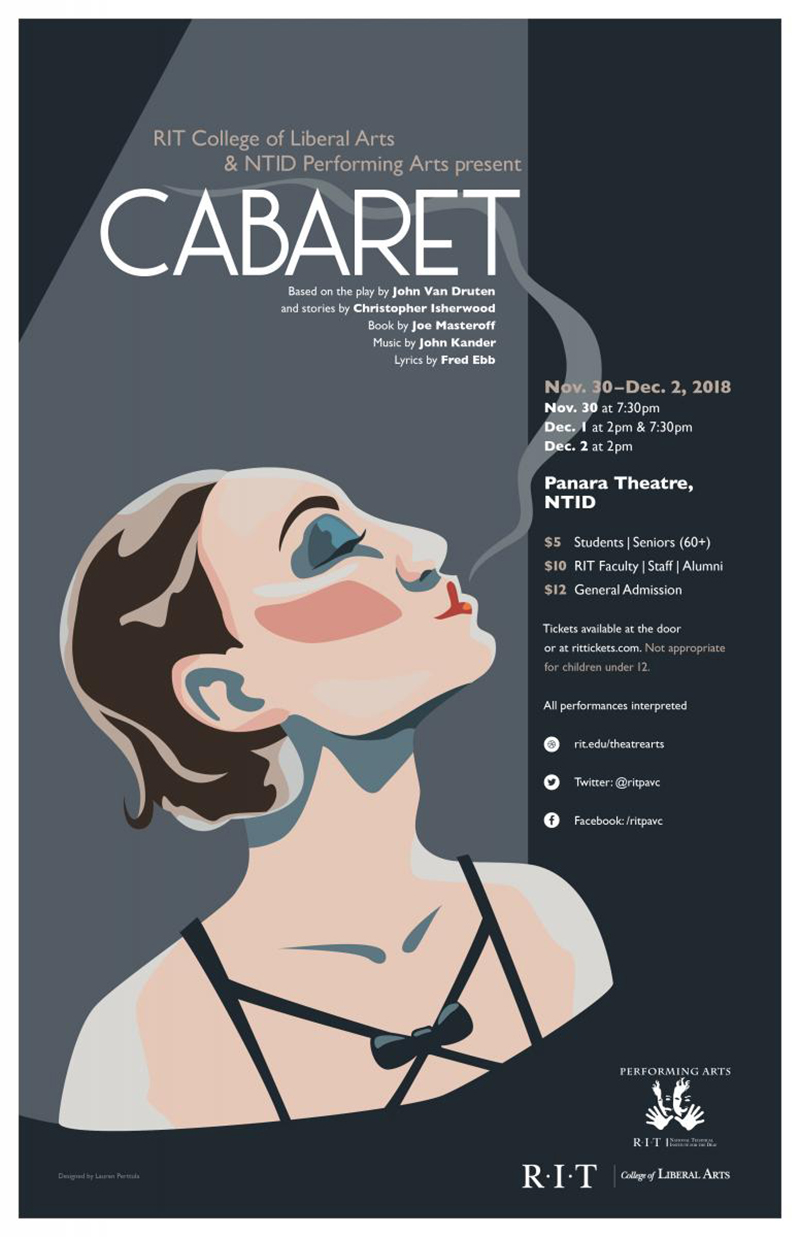 Willkommen to the Kit Kat Klub! In this secret haven of a club, the music is loud, the dances are flashy, and the party rages on. The club's newest headliner, Sally Bowles, meets American writer Cliff Bradshaw and their lives become entwined. But as the power of the Nazi Party spreads, and Germany grows more unstable, how will the club and its patrons fare? "Cabaret" is the well-loved musical sensation that opened on Broadway in 1966 and won 8 Tony Awards that year. So leave your troubles outside, because life is beautiful at the cabaret.

Tickets available from RITTickets.com, by visiting the Gene Polisseni Center Box Office from 10am-6pm Monday-Friday, or by calling 585-475-4121.

ASL interpreting services provided for every performance.
**Not appropriate for children under 12** 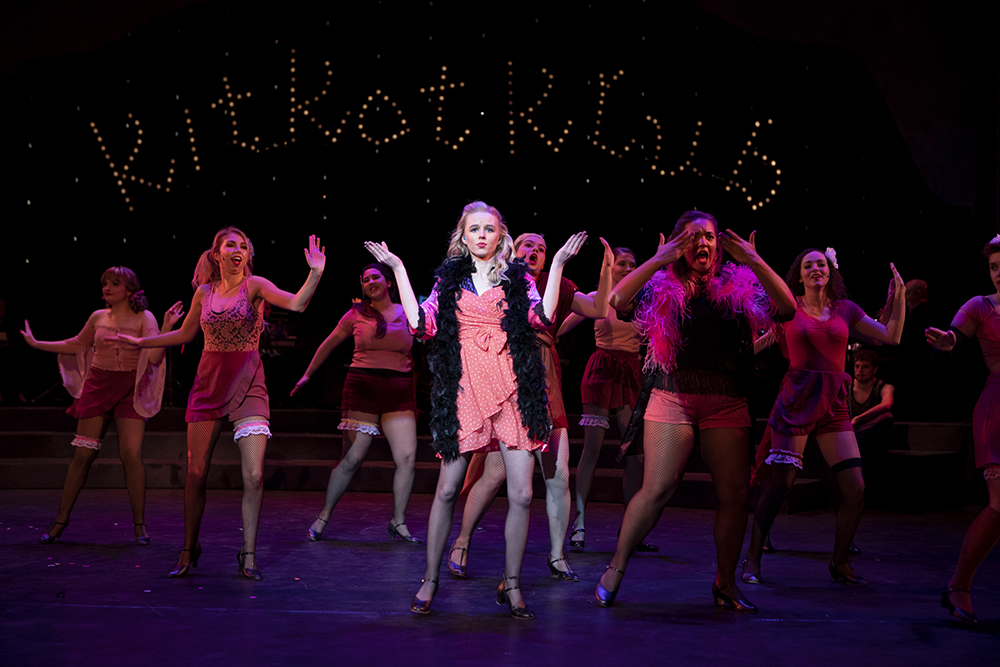 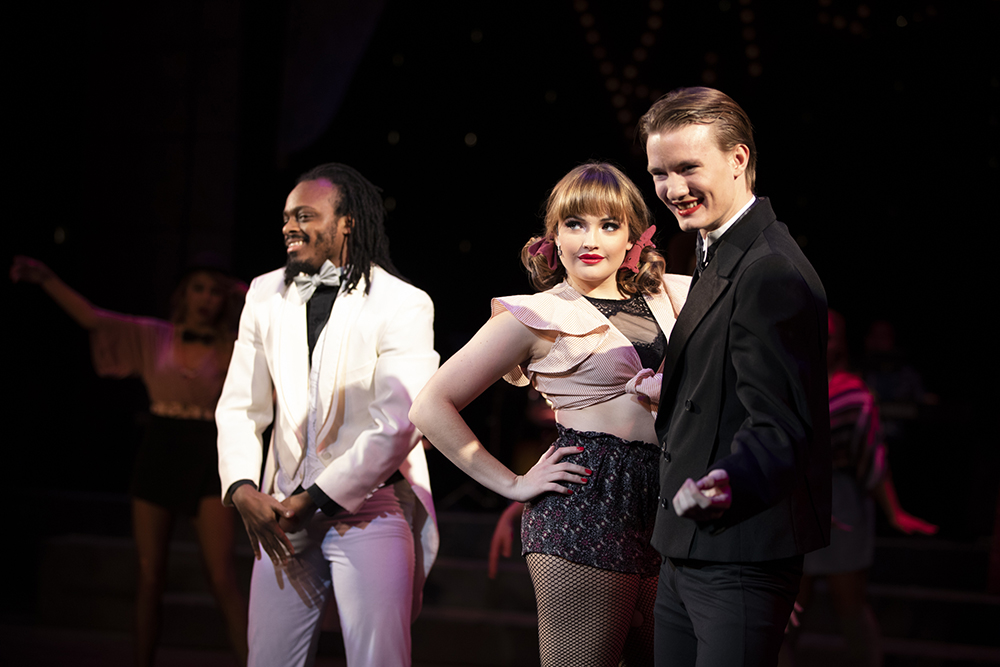 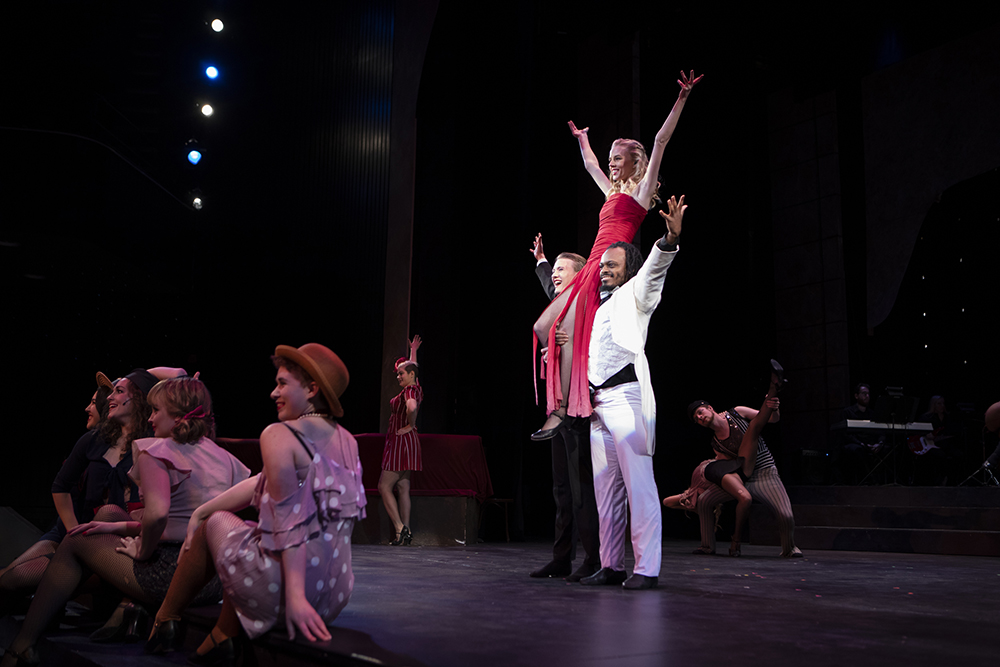 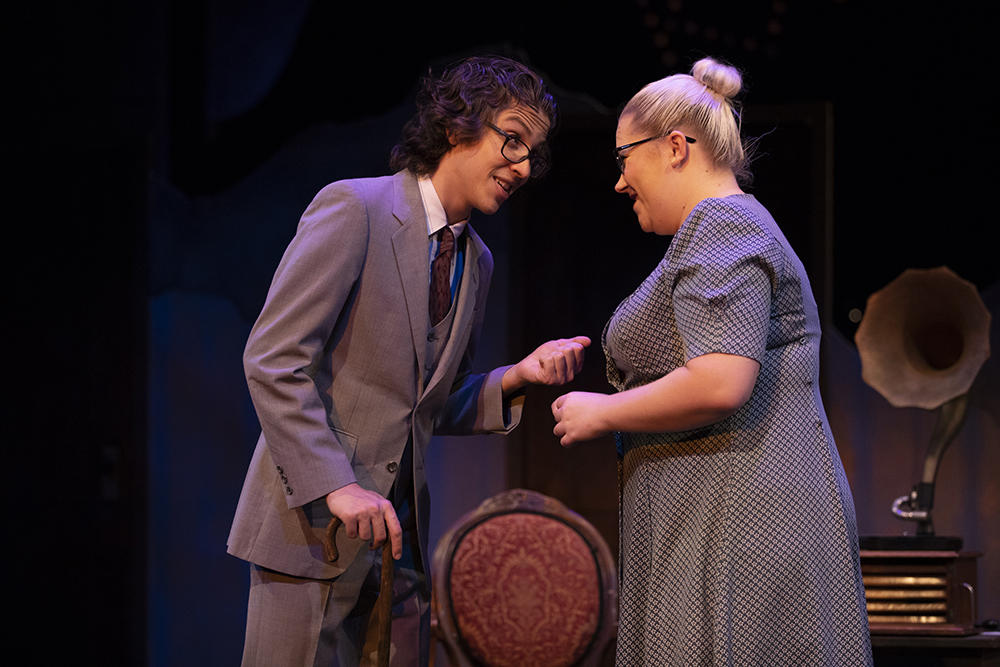 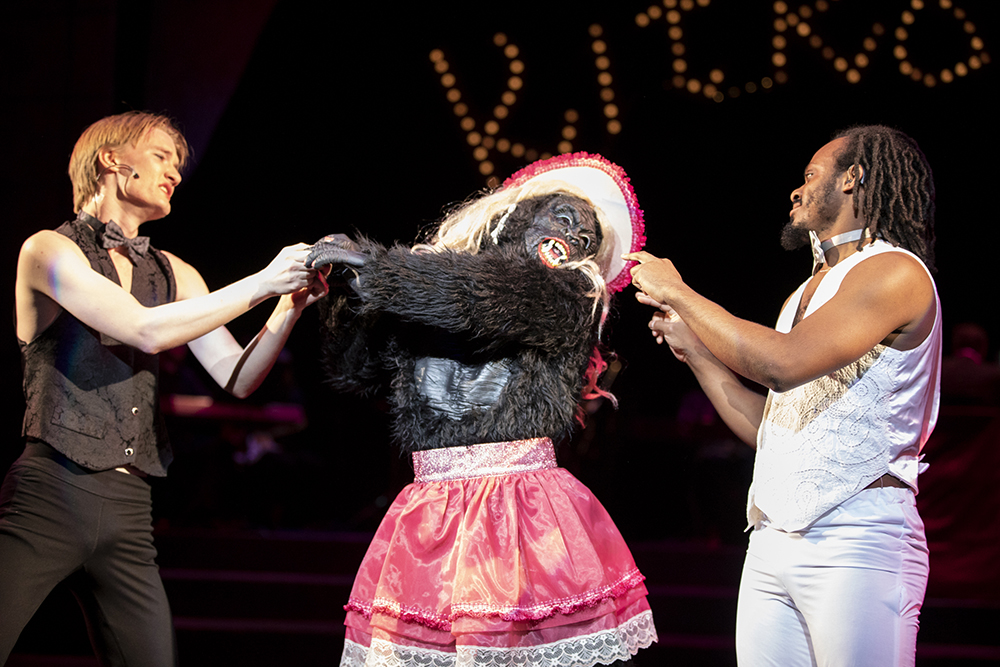 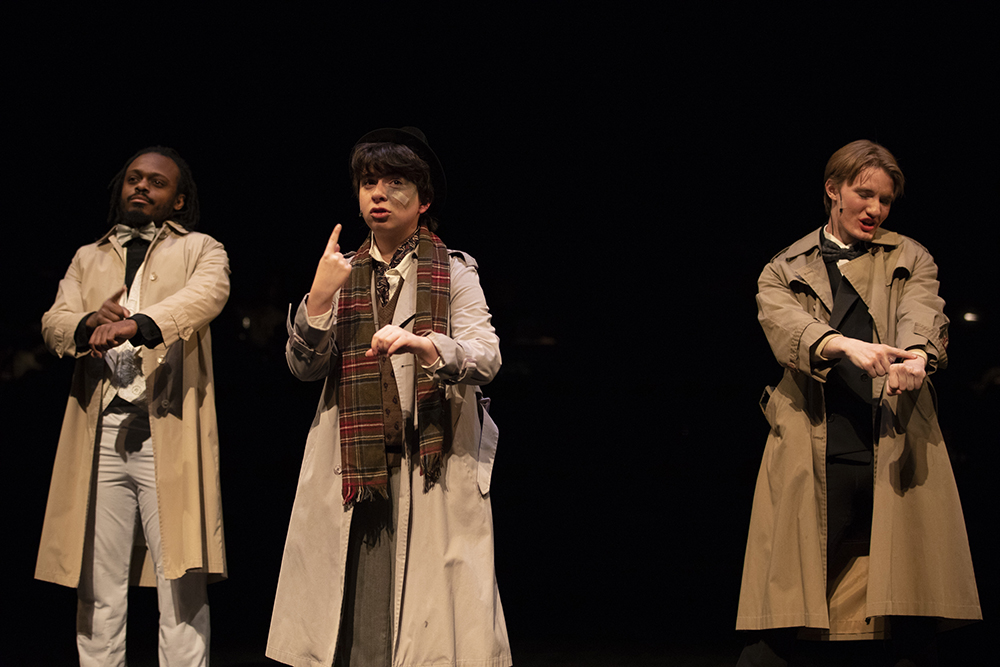