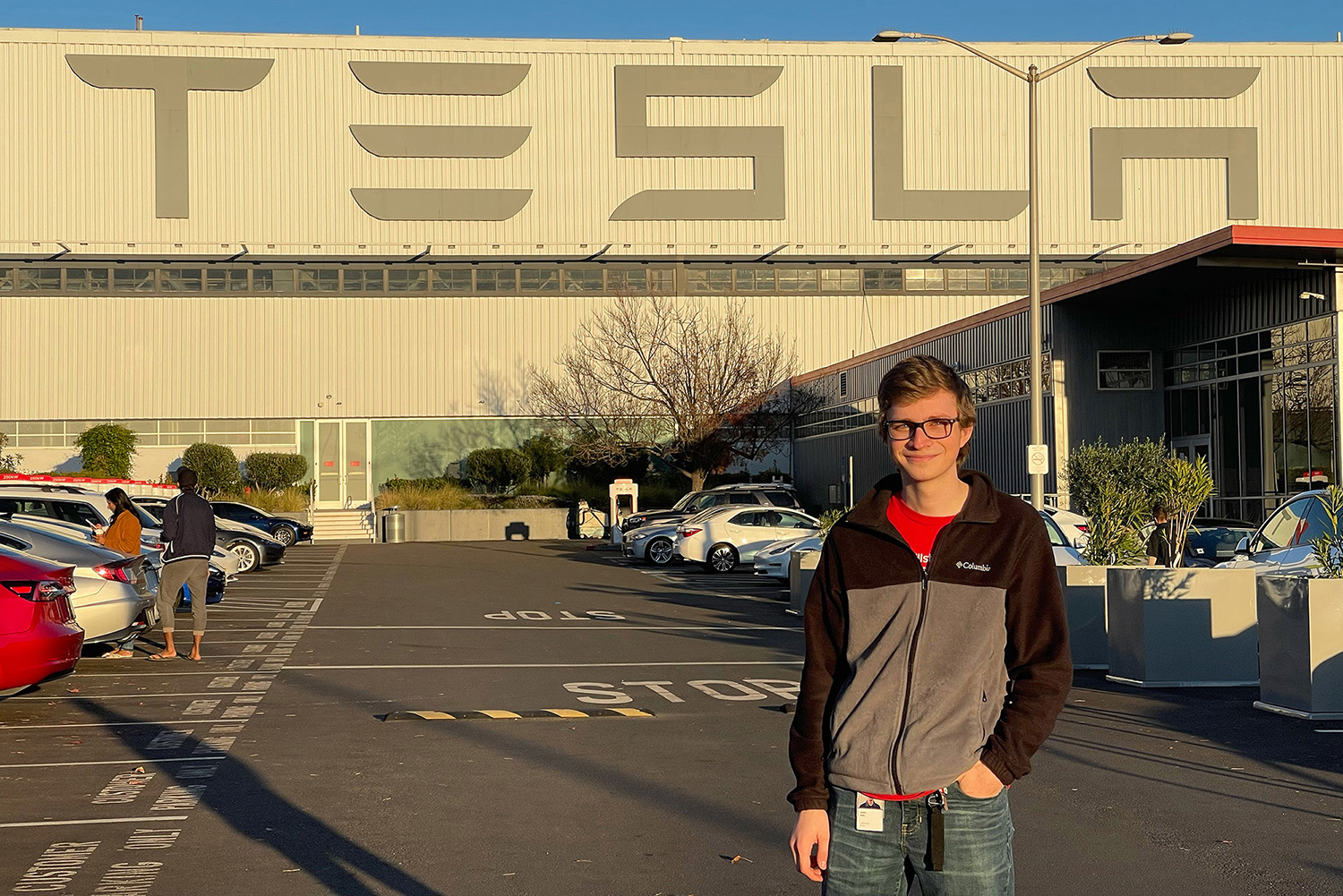 Jackson Glozer '22 (Photographic Sciences) spent the fall 2021 semester on co-op for Tesla, where he led development of a data collection system the company now employs in its vehicle testing.

Jackson Glozer ’22 (Photographic Sciences) felt like a working professional throughout his co-op experience during the fall 2021 semester.

He produced like one, too, making meaningful industry contributions for the gold standard among electric vehicle companies. Glozer worked full-time on Tesla’s instrumentation and imaging team responsible for the collection of test data for vehicle- and component-level systems.

During his time at Tesla’s Fremont, Calif. facility, Glozer spearheaded the development of a device that streamlines the data collection process during testing. Creative and technical skills in computer-aided design, mechanical and circuit design and critical thinking enabled Glozer to construct a fixture system from scratch the company uses today.

“It was great to get a project that I was able to work on and develop, and see it deployed,” said Glozer, from Spencerport, N.Y. “It was a super-fast moving environment. I learned a ton in those fourth months. It was a great experience.”

Glozer was the second RIT Photographic Sciences student to co-op at Tesla in 2021. He followed Liz Stublen ’22, who completed a co-op on the same team Glozer was part of over the summer.

The students’ prominent roles with a globally-recognized company is the latest in a long line of examples highlighting the program’s robust relationship with industry titans, who routinely employ Photographic Sciences students and alumni.

When Glozer wasn’t helping with gathering crucial data and vehicle testing, he could be found near a West Coast railroad, capturing the latest photographs for inclusion in his growing portfolio of trains and their surrounding environments. 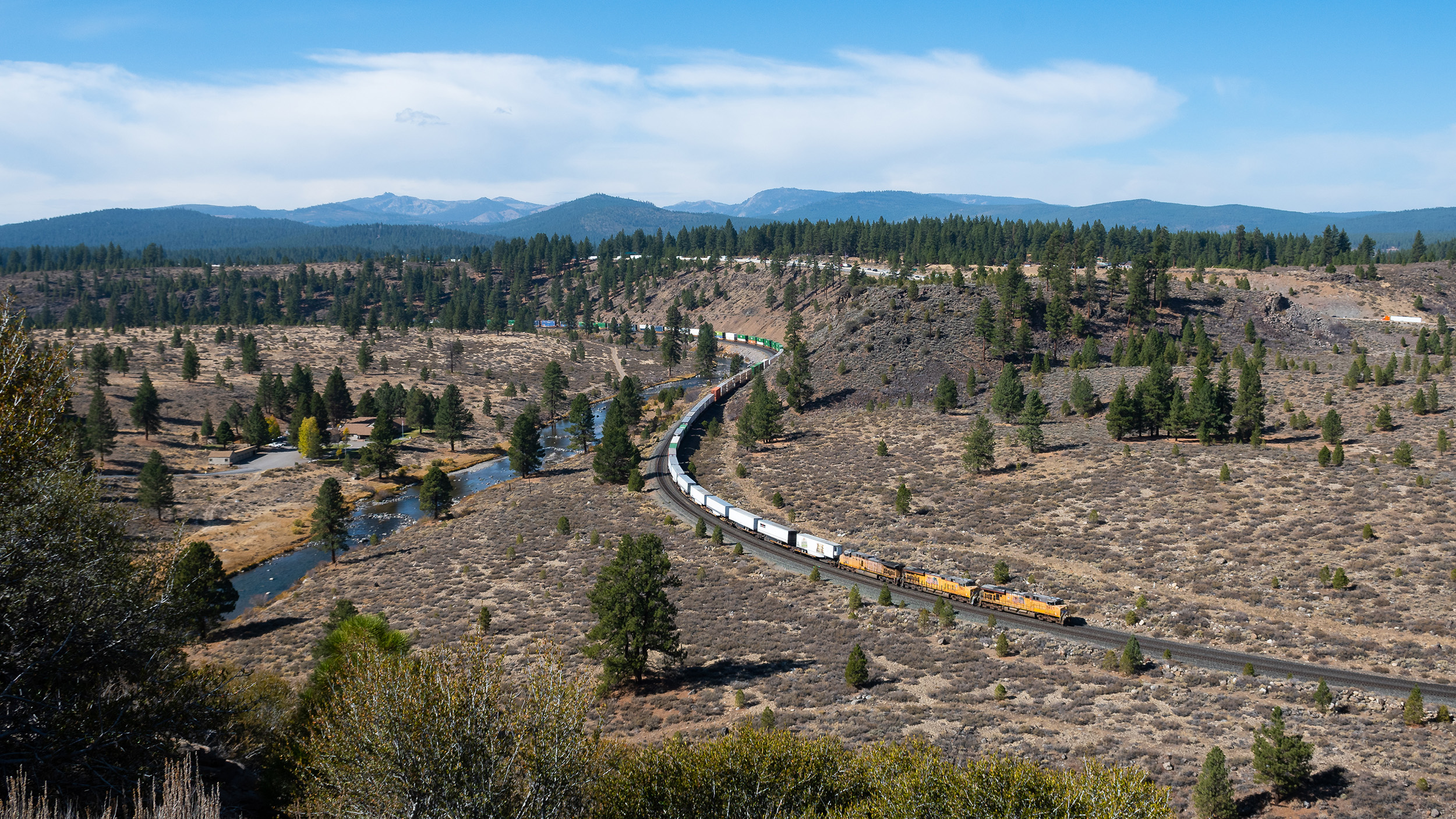 A train on the Union Pacific Railroad in Lathrop, Calif. It was one of the railroad photos Glozer captured in his free time while on co-op with Tesla.

Glozer has entrenched himself in an extensive pursuit to tell the story of railroads and their role in American life through photography. The passion project has led him to states throughout the Northeast, Ohio, Illinois, Indiana, Iowa, Virginia and West Virginia — all in service of creating a stunning visual documentation of the railroads and trains that have been the lifeblood of countless communities in the nation’s history.

He has been particularly fond of the shortline railroads and surrounding areas of northern Pennsylvania and New York’s Southern Tier.

“Just in New York there is so much railroading that nobody thinks about,” said Glozer, a lifelong train enthusiast. “The main thing that is cool about this hobby is it melds my interests in photography and trains. But I also really enjoy traveling around. With so many of these towns, especially as you get more rural, it’s cool to see all these different places in America, how they still exist.” 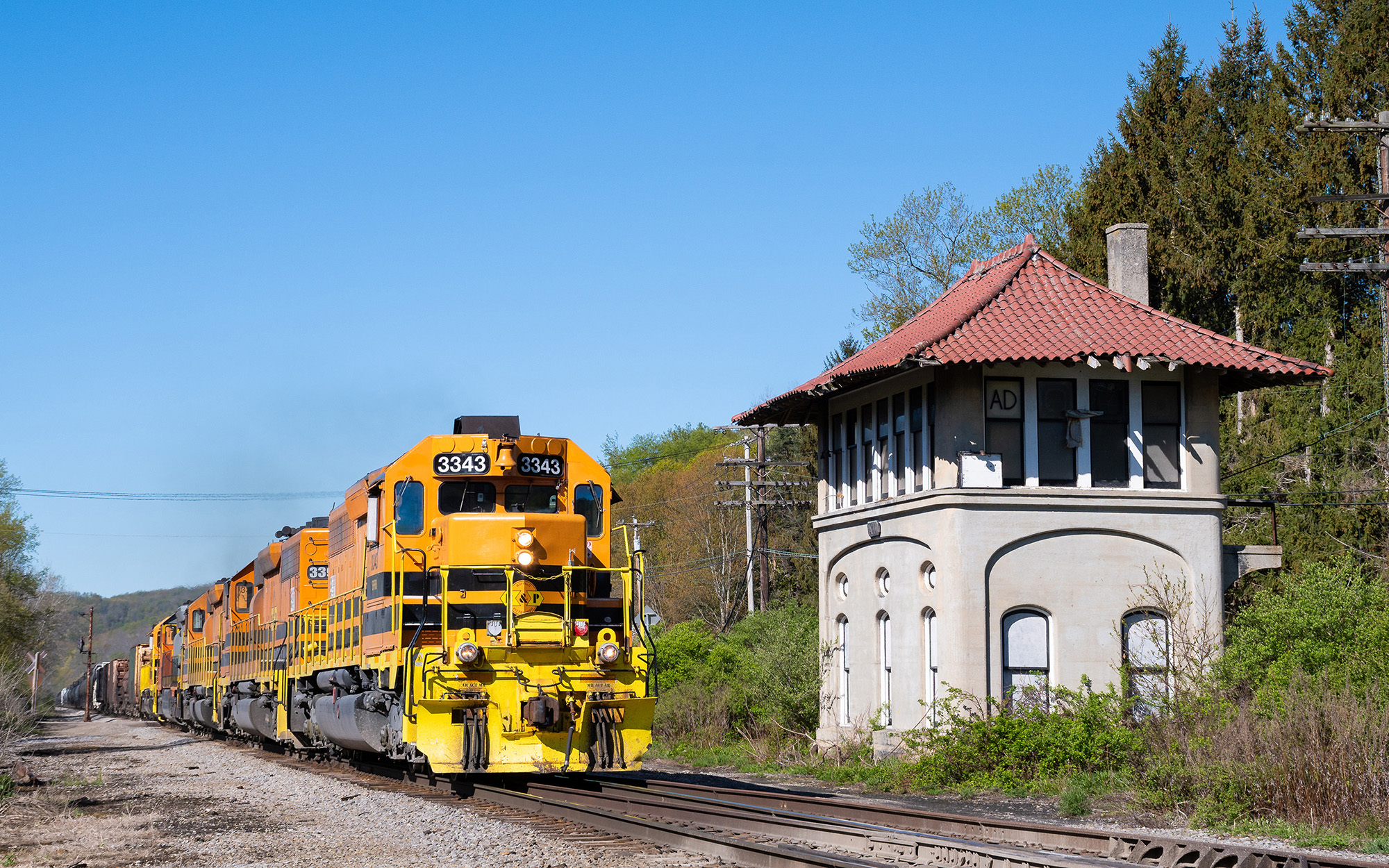 A Buffalo and Pittsburgh Railroad train makes its way through a junction in the Southern Tier of New York (Ashford).

Glozer began photographing the railroads of America when he joined RIT’s Model Railroad Club his first year. It wasn’t long before Glozer and fellow members struck up friendships that took them on journeys to various towns and cities, cameras and singularly-aligned passions in tow. Glozer’s railroad photography and writing have also appeared in national and regional publications, including Railpace and Railfan & Railroad.

To Glozer, this work has evolved to fulfill a historic purpose. He takes pride in his role as a documentarian, creating a record of a volatile steel landscape that has economical significance to many towns, but can also have ephemeral qualities.

“It’s more documentary photography than anything else,” Glozer said. “It’s documenting these things as events that are happening. Even a lot of the stuff I have shot in the past couple years has changed drastically or is no longer around. That’s something I think is worth capturing.

“It also brings awareness that railroads are still a very relevant thing in American culture. There is still a lot going on that needs rail service.” 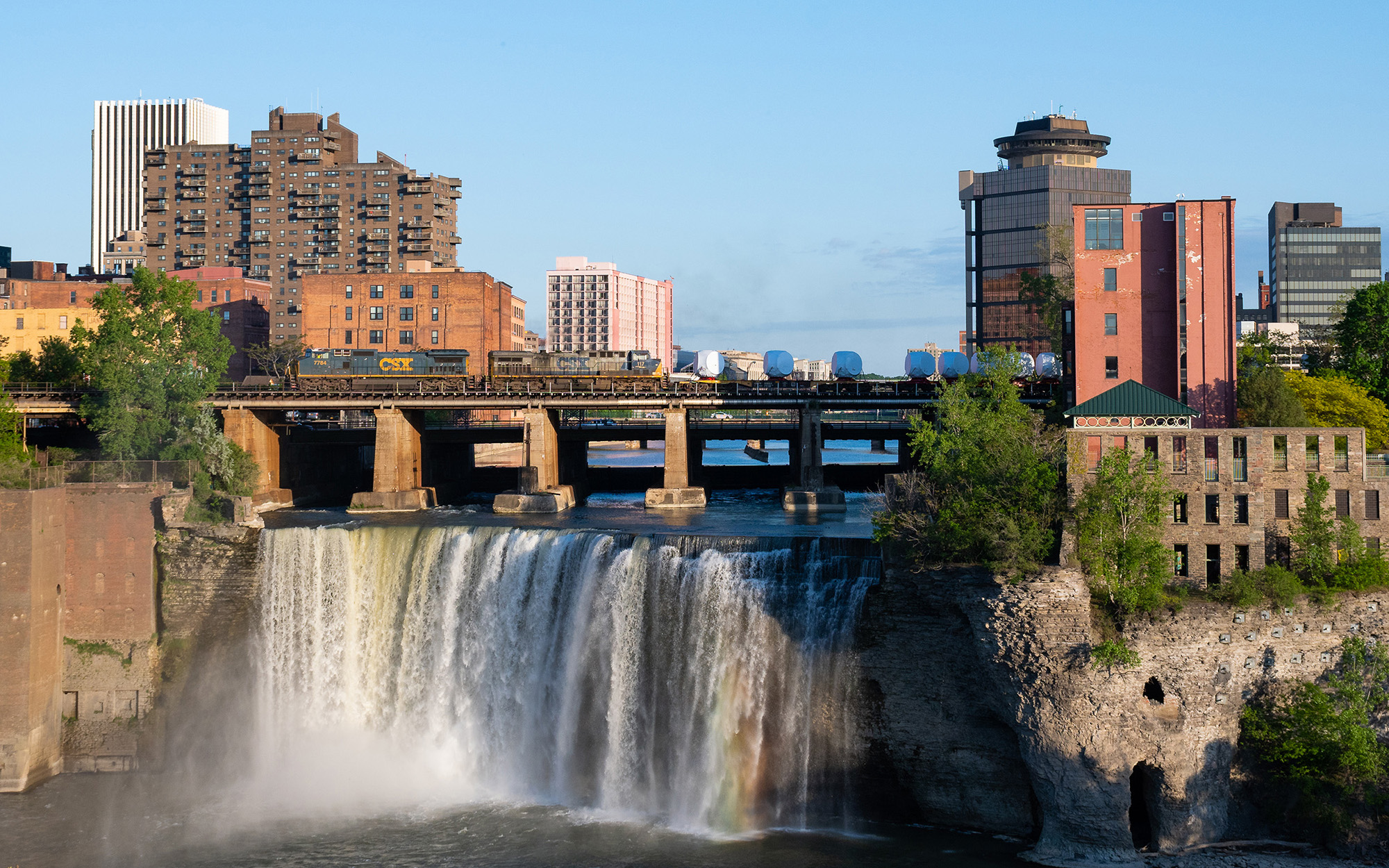 A train passes over High Falls in Rochester, N.Y.

At some point, there will be a train Glozer to photograph with sentimental meaning. He is volunteering at the Rochester & Genesee Valley Railroad Museum to help restore a 1926 Erie Stillwell commuter coach to its original, as-built condition.

“This car is pretty rare. There are only about 15-20 left in existence out of the thousands that were built.,” said Glozer, who said the goal is to complete the project by 2026.

Glozer’s path in railroad photography parallels the one that led him to studying at RIT. In high school, photography was more of a hobby than an artform to Glozer, who was more focused on engineering classes.

But after visiting RIT’s School of Photographic Arts and Sciences during its annual Day of Photo event, he discovered Photographic Sciences was a major he could exercise all of his far-reaching interests.

“It is a great mix of engineering, science and photography,” Glozer said.

Students in the Photographic Sciences program are required to complete a co-op experience. RIT is recognized as one of the top co-op programs in the country. Coordinated by the Office of Career Services and Cooperative Education, co-ops provide students with meaningful, paid experiences in industry.