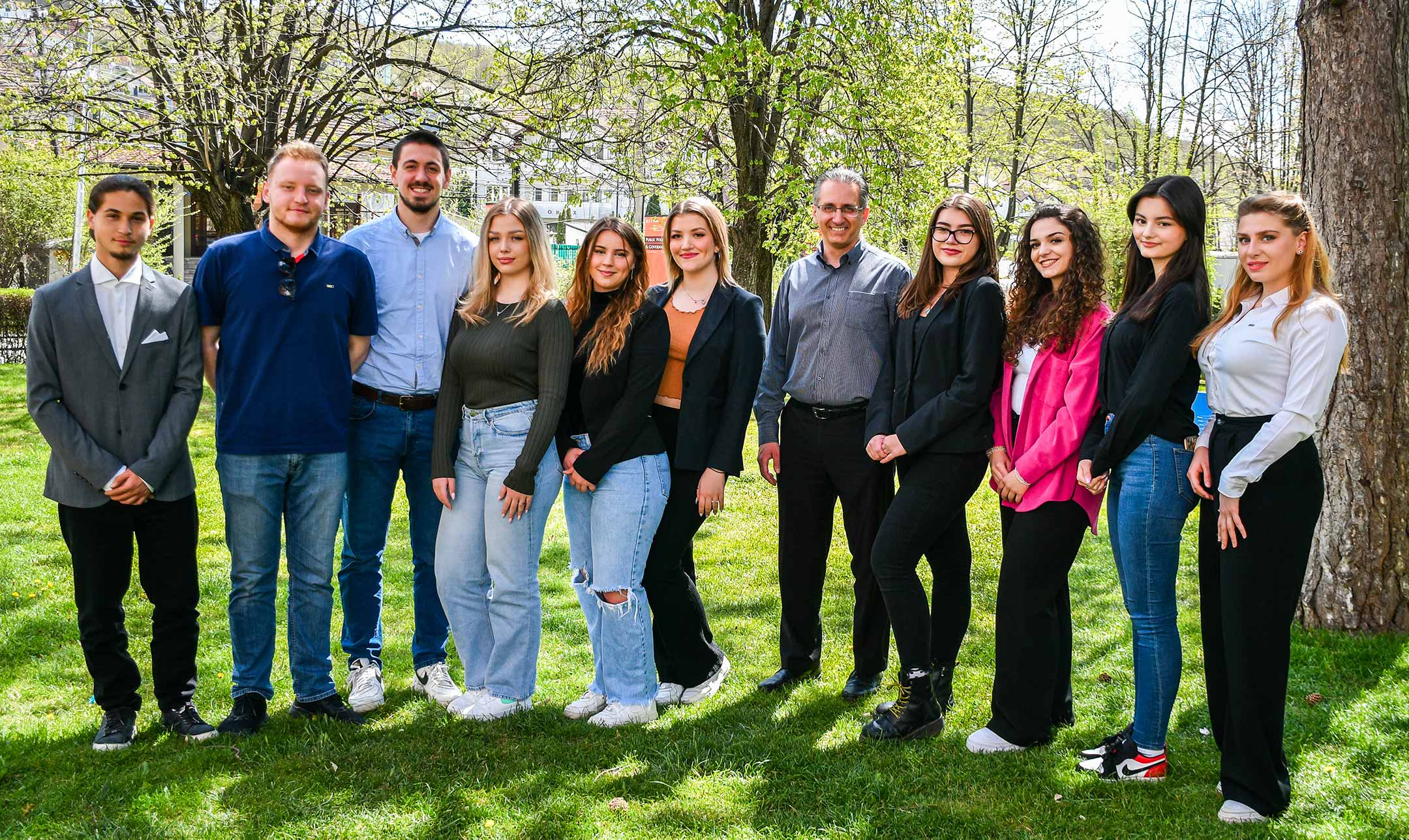 The RIT Kosovo students’ participation was an extraordinary success. All resolutions adopted by the UN Security Council and the Human Rights Council were proposed, negotiated, and drafted by RIT Kosovo students. As stated by one of the observers of the MUNWeb, “the RIT/AUK delegation to Webster University Leiden’s MUNWeb was stellar. The students were prepared, and serious and really contributed significantly to the success of the conference. They were professionally and personally a ‘force’”.

"A wonderful experience that gave me incredible insight into how the UN functions. Grateful to the RITK community and professor Robert Muharremi for giving us this opportunity!" - Ene Aliu / student

"Gained some knowledge I never knew I would. This experience was something to be remembered for a lifetime!" - Zana Kelmendi / student

"It was an unforgettable experience which further strengthened my ambition of representing Kosovo in international organizations." - Alba Cikaqi / student

"Model UN gave me the opportunity to be a leader and part of the decision-making process." - Agnesa Bexheti / student

The RIT Kosovo team would like to thank Dr. Jill Adler, a member of the A.U.K Board of Trustees, for financially supporting the participation in the MUNWeb and Ms. Jorida Ganaj from Webster University Leiden for her assistance during the conference.