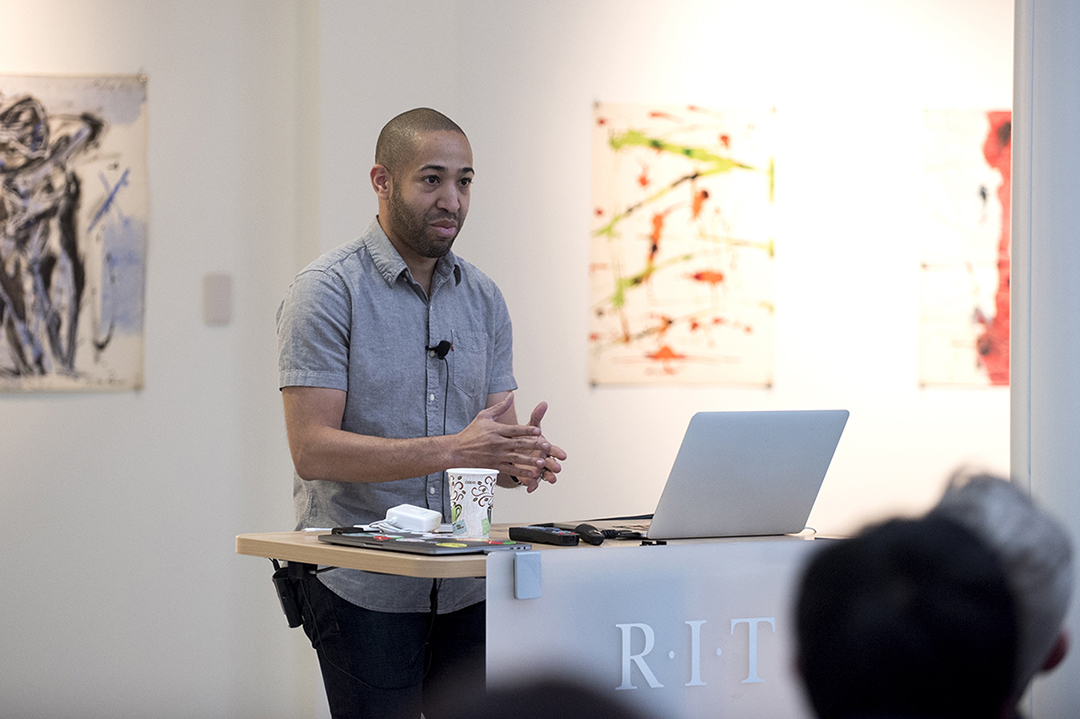 Jason Blythe speaks in RIT's University Gallery during a campus visit in 2018.

During his career at Google, he has applied his expertise in experience and interaction design, information design and architecture and corporate design and branding. Much of Blythe’s time there has been spent in the Google Ads & Commerce division, for which he’s led the user experience design for Search Ads Formats and then Google Shopping. In 2016, he led the redesign of Google’s desktop search experience, using research, data and design thinking to inform decisions.

Blythe is also a frequent recruiter for Google at Creative Industry Day, an annual event organized by RIT’s Career Services that connects students with companies from around the country. The event has helped lead to dozens of RIT design students being hired by the technology giant.

“RIT students tend to be very well-rounded at the intersection of interaction and visual design,” Blythe said. “The ones we have hired at Google have all been fantastic hybrid designers working on challenging problems.”