National search to begin for next COS dean 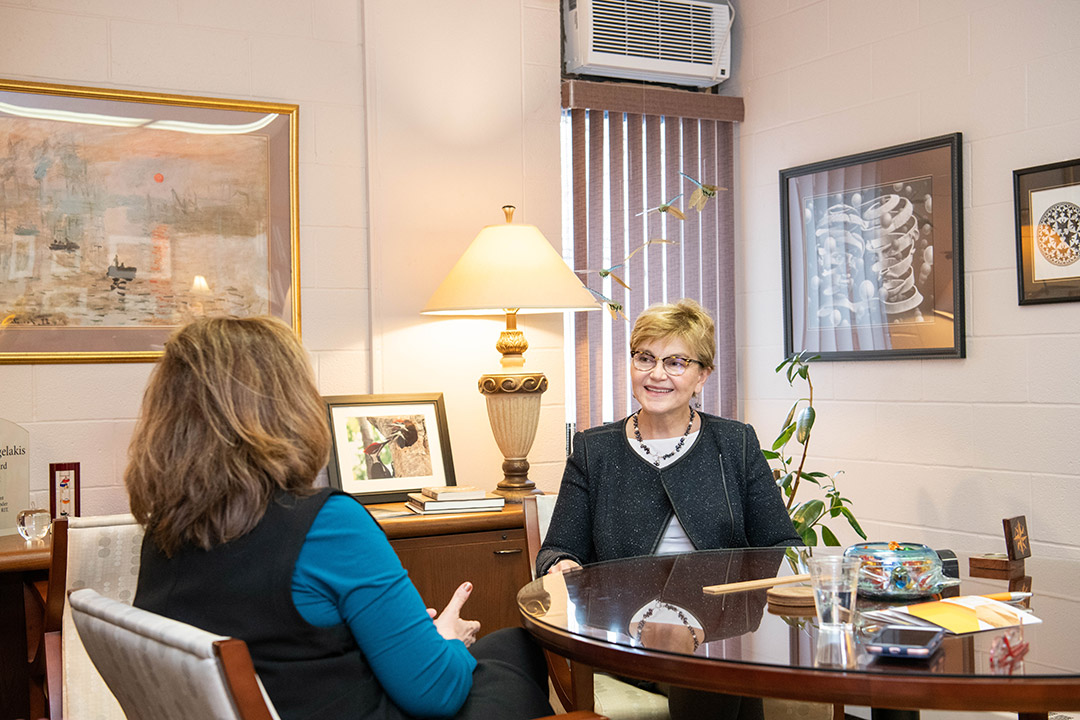 College of Science Dean Sophia Maggelakis has been appointed provost of Wentworth Institute of Technology.

Maggelakis joined RIT as an assistant professor in 1990, became head of the School of Mathematical Sciences in 2001, and became dean of the College of Science in 2010. She will start her new position effective Aug. 15 and will have dean emeritus status at RIT.

“This is an emotional move for me because RIT has been my home for so long,” said Maggelakis. “I consider the people at RIT, and especially the faculty, staff, and students from the College of Science, to be my second family. I am excited to make a positive impact in higher education through my new role, but RIT will always hold a special place in my heart.”

As a leader, Maggelakis has a track record of spearheading a number of initiatives in the College of Science and supporting and working collaboratively with faculty and staff. She is the founder of the School of Mathematical Sciences, the Summer Mathematics Institute, the Women in Science (WISe), the Center for Advancing STEM Teaching, Learning, and Evaluation (CASTLE), and the Integrated Sciences Academy. Maggelakis is an advocate for diversity and received the 2016 Edwina Award for Excellent Work in Enhancing Gender Inclusiveness and Diversity.

In addition to her administrative and leadership experience, Maggelakis rose through the faculty ranks at RIT as an educator who focused on student success and scholarship. She is a recipient of several awards, including the Eisenhart Award for Outstanding Teaching and a member of the Faculty for the 21st Century for the Project Kaleidoscope (PKAL), one of the leading organizations in the United States for building and sustaining strong programs in the STEM disciplines. Maggelakis’ research area is mathematical biology, where she has published book chapters, refereed journal articles, and presented numerous papers at national and international conferences.

During her tenure, the College of Science achieved several milestones, including:

“Under Sophia’s leadership, the College of Science has seen remarkable success in scholarship, sponsored research, growing the reputation of its programs, and improving the quality of curriculum,” said Ellen Granberg, RIT provost and senior vice president for academic affairs. “I am grateful for Sophia’s efforts in educating the next generation of scientists as well as for her contributions to RIT throughout her career. I wish her continued success as she embarks on this next chapter of her career.”

Granberg said an interim dean will be appointed soon to oversee the college. A national search for the new dean is planned for the 2022-2023 academic year.