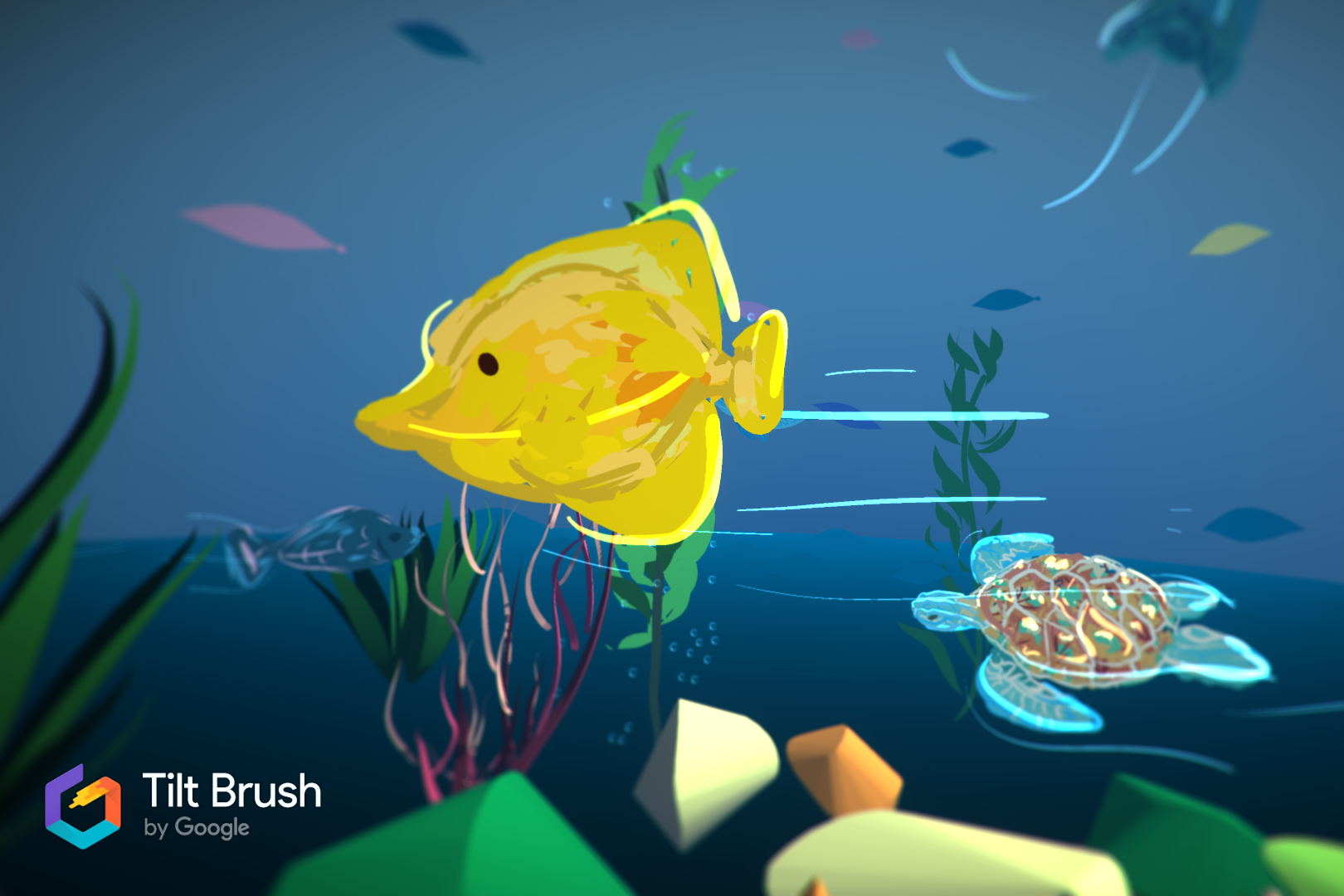 Last fall, after being introduced to “The Key” — an award-winning interactive VR experience about the plight of refugees — Isabelle Anderson ’22 (New Media Design) was emotionally moved. So much so, she shifted her creative focus to use VR as a vehicle to provide education on important initiatives.

To Anderson, VR technology is a powerful tool to connect people and inspire empathy. 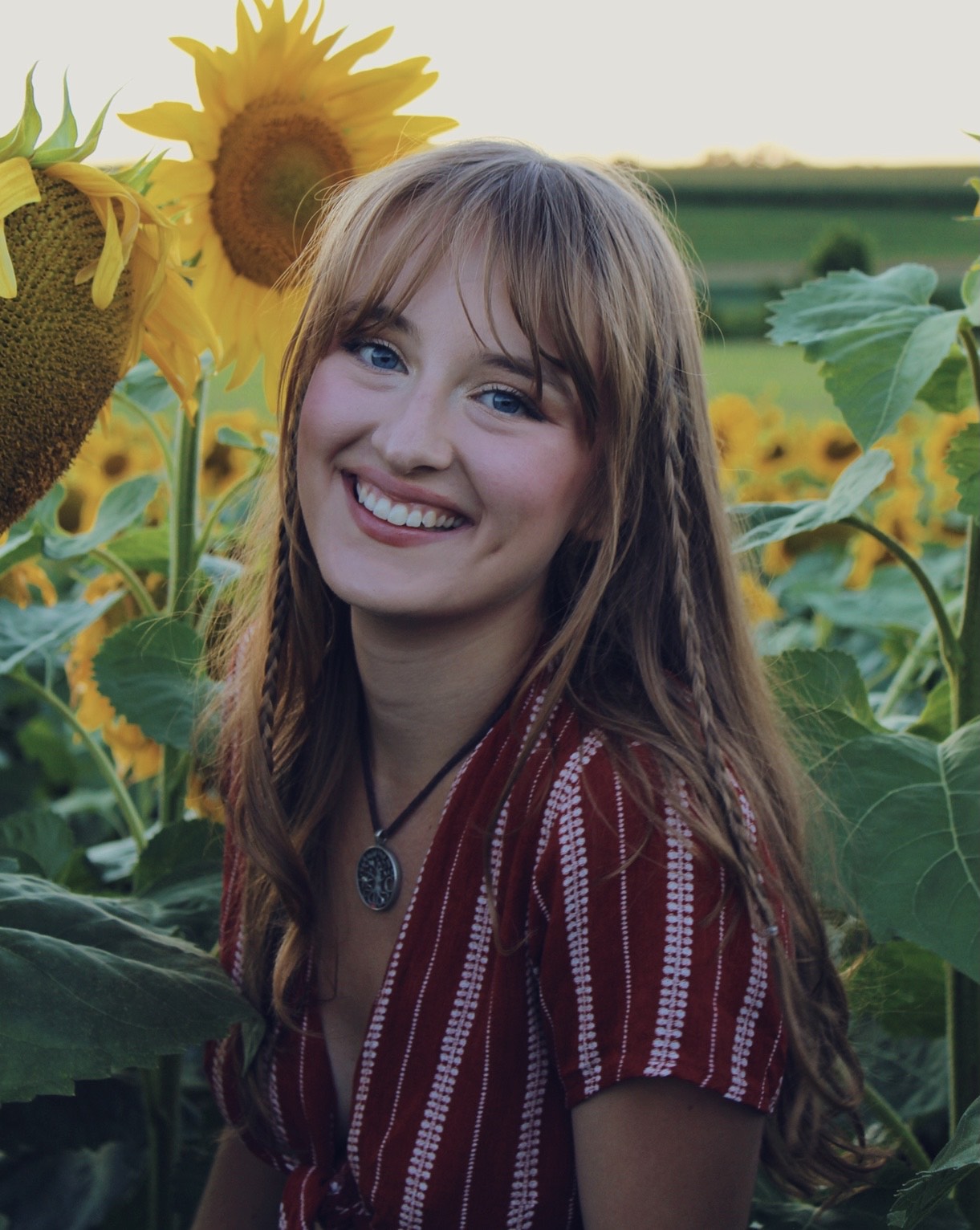 Anderson didn’t have to wait long to launch her newfound interest into action.

“I said after seeing ‘The Key’ how amazing it would be to work with nonprofits to make experiences that will be used to educate people,” Anderson said. “And here I am a semester later, working with the SPCC.”

SPCC is the Society for the Protection and Care of Children, a local nonprofit that promotes health, well-being and safety for children and their families. Anderson has been engaged in an independent study, working with SPCC under the guidance of Susan Lakin, professor in the School of Photographic Arts and Sciences, and Frank Deese, assistant professor in the School of Film and Animation. Together, they are creating a VR experience on the genesis of SPCC and how the organization helps children and families escape abusive, traumatic situations.

For the experience, trees in a forest are used as a visual analogy for family and the community. Meanwhile, a compass acts as the SPCC, guiding individuals affected by generational and family trauma to the help they need.

“One of the metaphors is the way that plants can communicate with each other through soil,” Anderson said. “If one tree needs something, others around it detect that and give that plant what it needs.

“Donations from the community to the SPCC are represented by the way plants naturally give to those that need help because it's beneficial to all to have a healthy forest.”

Anderson is also working on a VR experience for Music for Ethiopia, a music streaming platform raising awareness about child cancer in the country.

The projects have advanced Anderson’s heavy interest in VR and devotion to employing it to help create a better world.

Earlier this spring, Anderson was selected to attend the virtual IEEE Conference on Virtual Reality and 3D User Interfaces, a premier international event for the presentation of research results in virtual, augmented and mixed reality (VR/AR/XR). She was among an exclusive group of students invited to participate as part of the conference’s Bridge to VR program.

Undeterred by the 5 a.m. start times due to the conference’s Portugal locale, Anderson went into sponge mode, absorbing the presented innovative ways VR can improve storytelling, the medical field, human connection and much more. Fittingly set in a VR space, the conference gave Anderson a glimpse into the future of the technology while connecting her with professionals and students working in the field, from all over the world.

Anderson found workshops related to ethics in XR, animation in VR and empathy in VR among the most impactful sessions. She also attended RIT’s own annual Frameless Labs XR Symposium last fall, for which she placed second in a companion competition to design a virtual room in Mozilla Hubs.

“After going to these conferences, my interest in VR has expanded into storytelling and how to structure a story in this 3D space,” Anderson said. “You’re not throwing something onto a screen anymore — you’re creating worlds. That’s what’s so exciting.” 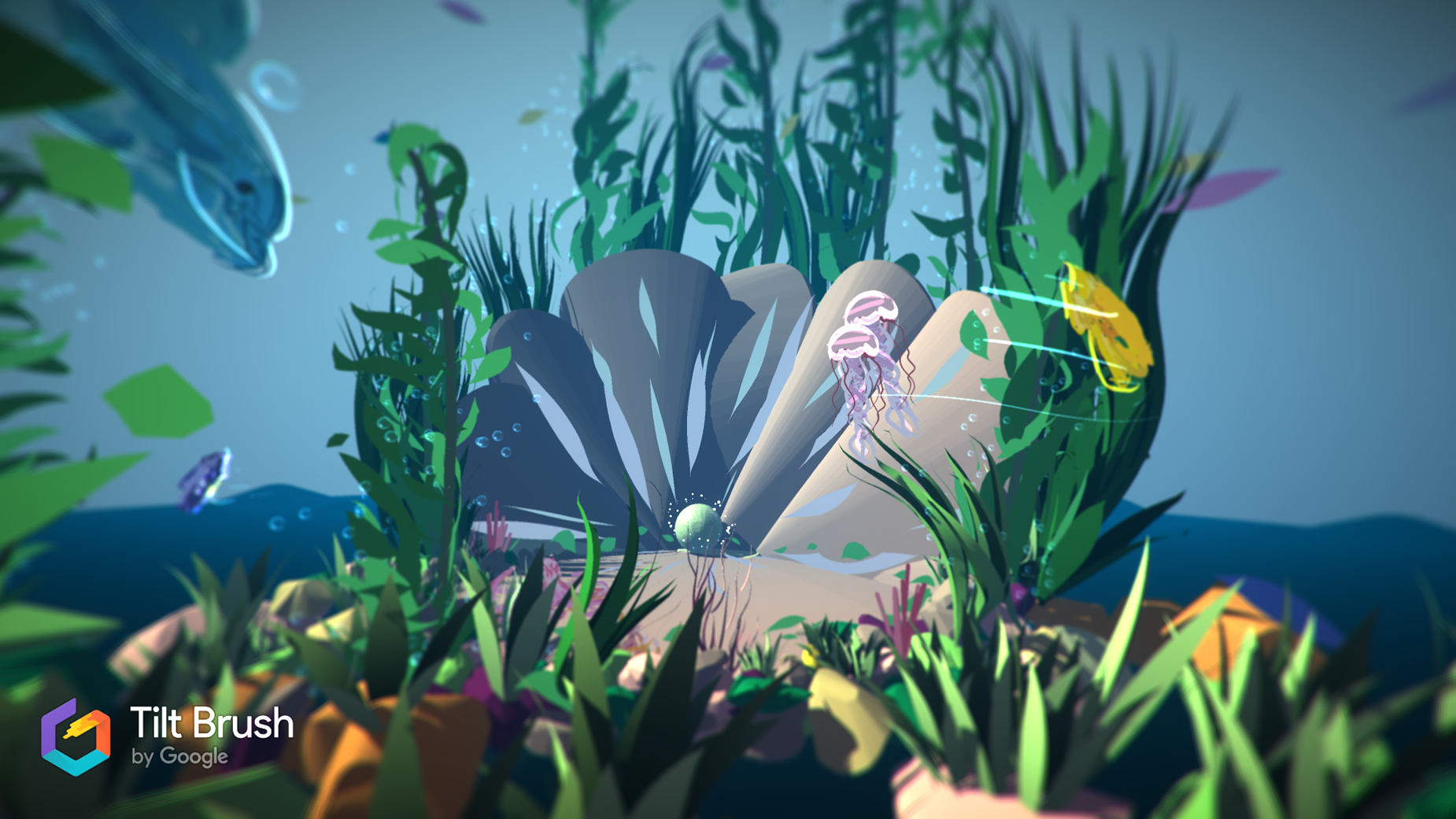 Anderson first grew interested in VR during Lakin’s Interactive Music Experience course in spring 2020. For the class and a subsequent independent study, she worked with an interdisciplinary team to create the artwork for "Banana Bop," an immersive musical experience featuring members of local band Soul Human as anthropomorphic monkeys.

Most days at RIT, Anderson can be found in the VR lab in MAGIC Spell Studios. And as a New Media Design major, her knowledge of intuitive user experience design is applied to all of her VR work. One of her latest projects is an interactive environment that educates about the impact fishing has on various underwater species.

Anderson said it’s liberating to work in a large-scale space with immense boundaries.

“VR has allowed me to open my mind a little bit,” she said. “I can use scale in a way I’ve never used before. I talk all the time about, ‘Wow, I literally have the best major, the best job. I get to just paint in VR all day.’” 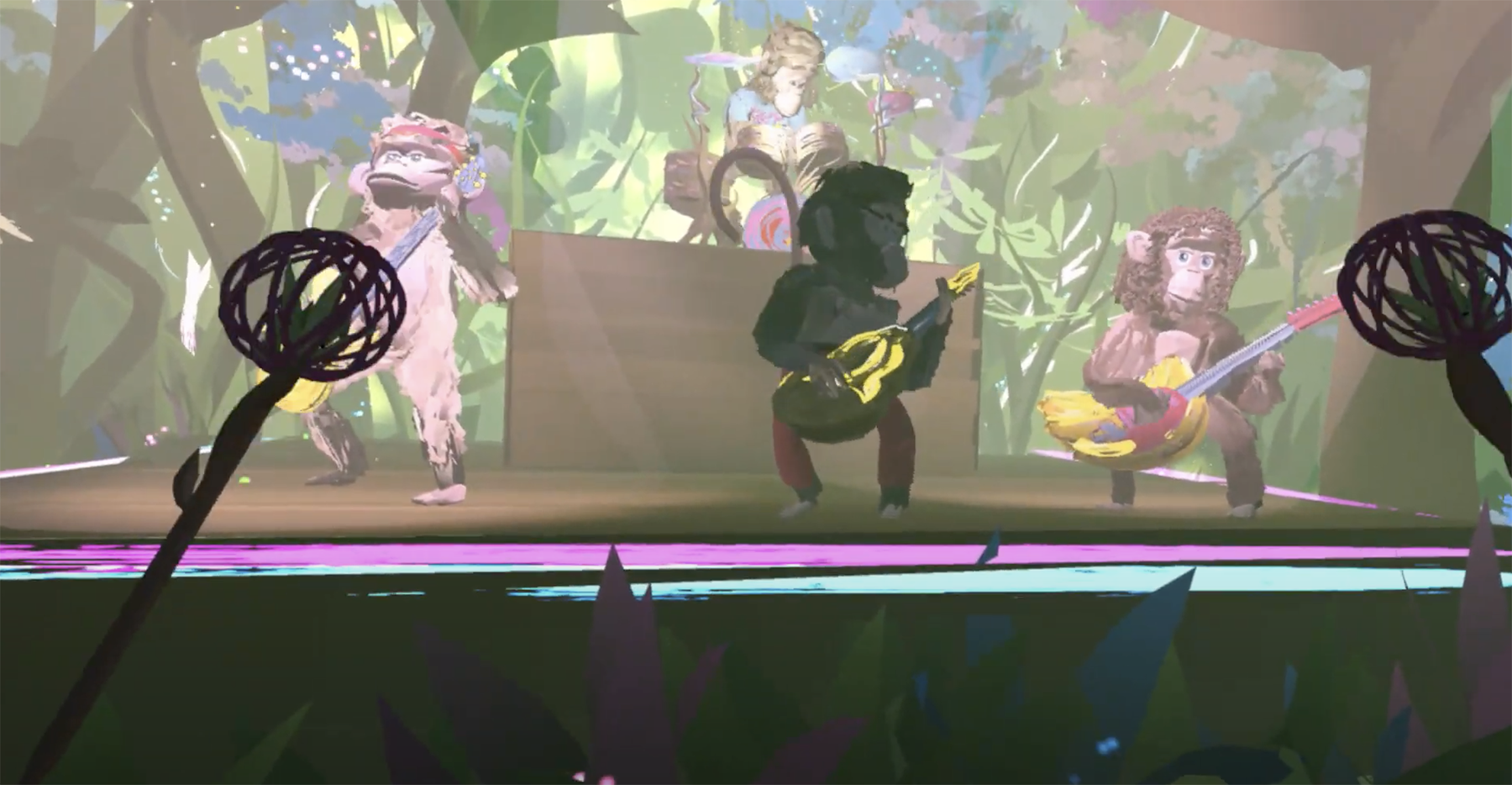 Anderson created the artwork for the "Banana Bop" immersive experience.

Anderson is searching for collaborators on a future project involving the projection of a VR painting performance. Those interested, with backgrounds in projection mapping, coding set design and/or house music/electronic DJing, can contact Anderson at ica2972@rit.edu.