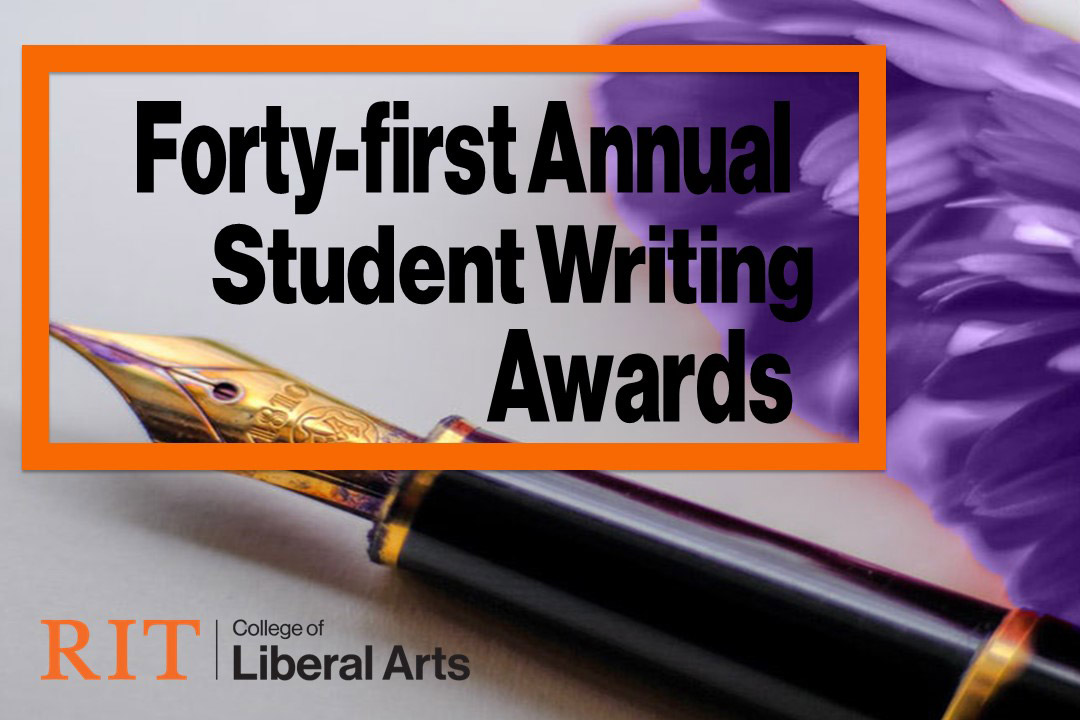 Rochester Institute of Technology’s College of Liberal Arts honored student achievements in writing with 15 writing awards on Friday, March 19. This year marks the 41st year the awards were presented, though the first time the ceremony was held virtually.

“These awards recognize exceptional student writers in our RIT community each year,” said LaVerne McQuiller Williams, interim dean of RIT’s College of Liberal Arts. “Our faculty works with many talented students across many disciplines, helping them hone this important skill. We are very proud to honor these 15 winners and bring attention to their outstanding written pieces.”

The 2021 Kearse Award recipients are: