The National Technical Institute for the Deaf has become an international model for educating and preparing deaf students for technology-related careers. NTID at RIT is the only college in the world that offers deaf and hard-of-hearing students a variety of degrees in a wide range of technical and business fields.

NTID faculty and staff are experts in deaf-related fields, such as:

RIT competed against eight other colleges for NTID to become part of the university. In 1968, NTID began providing deaf and hard-of-hearing students with outstanding technical and professional education programs, complemented by a strong liberal arts and sciences curriculum, that prepares them to live and work in the mainstream of a rapidly changing global community and enhances their lifelong learning. 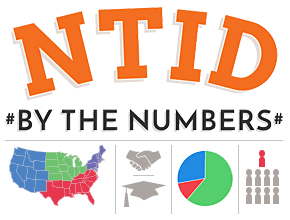 The NTID Annual Report fulfills the requirement of the Education of the Deaf Act that the National Technical Institute for the Deaf, a college of Rochester Institute of Technology, prepare and submit an annual report to the Secretary of Education. 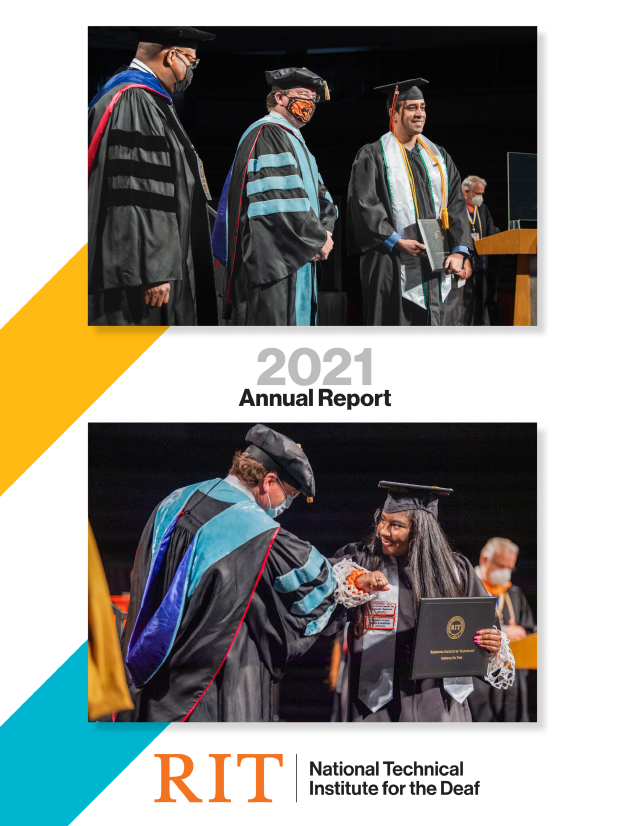 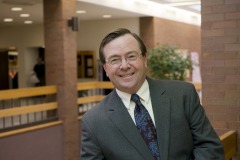 Dr. Gerard Buckley has more than 30 years of experience in higher education, including more than 20 years serving in a variety of capacities at NTID. From 1990 to 1993, Buckley served as chairperson and assistant professor of the Department of Educational Outreach at NTID, followed by five years as director of NTID's Center for Outreach and assistant professor on the RIT/NTID Social Work Support Team. From 1998 to 2003, he served as NTID associate dean for student services, and held the position of NTID assistant vice president for college advancement with responsibility for the admissions, placement, marketing, and outreach operations of the college from 2004 until beginning his role as President of NTID and Vice President of RIT on January 1, 2011.

Dr. Buckley has maintained an active teaching portfolio over the past 20 years. He was awarded tenure in 1998. He has twice been awarded the NTID Faculty/Staff Humanitarian Award by the NTID Student Congress, and was named Distinguished Alumnus for NTID in 1985 and for RIT's College of Liberal Arts in 1996.

Buckley holds a B.S.in Social Work from RIT/NTID, an M.S.W. from University of Missouri and an Ed.D. in Special Education from the University of Kansas.

He is a native of St. Louis, Mo. He and his wife, Judy, have three adult children and three grandchildren.

Catherine Clark is NTID's Cochlear Implant expert, working with NTID's 100 students who have cochlear implants, a technology that changes and improves regularly. Catherine has presented and published in the areas of speech perception, speechreading, communication technologies and NTID's Cochlear Implant Program. Her bachelor's degree in Speech and Hearing Sciences is from Bradley University and she earned a master's degree in Audiology at the University of Louisville. She also received cochlear implant training at the House Ear Clinic in Los Angeles, California.

Hauser is a deaf clinical neuropsychologist who has published more than 30 articles and chapters on how deaf individuals learn.

His laboratory has received more than $1 million in federal funding and produces innovative research regarding visual cognitive, sign language and psychosocial aspects of the deaf experience.

He is one of the executive leaders of the National Science Foundation Science of Learning Center on Visual Language and Visual Learning.

The founder and editor of the Journal of Deaf Studies and Deaf Education, Marschark has also published more than 100 articles and chapters, and written and edited eleven books about learning, education, and deaf children's development. Marschark is leading NTID in innovative research efforts concerning sign language interpreting in educational settings, and has recently received more than $1.75 million in federal funding for his research.

NTID established the world's first ASL-English interpreter education program in 1969. Today, NTID also has the leading interpreting services program at both the associate and bachelor's level, and employs more than 130 interpreters who support the 1,200 deaf and hard-of-hearing students on the RIT/NTID campus in and out of the classroom.

Americans with Disabilities Act (ADA) has heightened awareness about integrating deaf and hard-of-hearing people into the workplace. NTID's Employment Specialists work with employers to make that integration easy. Many employers find NTID students to be an untapped resource of skilled workers in technical and professional fields. To talk with employers or their workers who are deaf or hard of hearing.

While TTY's are rarely used today, smartphones and other hi-tech gadgets are increasing in use by people who are deaf or hard of hearing. From Video Relay services, webcams and videophones, deaf and hard-of-hearing people communicate quite differently than in the past. NTID has a host of professionals that can speak to the latest advances in assistive technology for deaf and hard-of-hearing people in the classroom, on the job or at home.

RIT/NTID in the News

The following rules apply to all participants in discussions that occur on NTID websites (those that begin with www.rit.edu/ntid), as well as NTID's official pages on Facebook, Twitter, YouTube, and other websites. RIT/NTID reserves the right to modify or delete communications that violate these policies, as well as the right to permanently ban and/or block members who repeatedly or egregiously violate the code of conduct.

Participants in discussions on NTID websites and social media pages:

If you have any questions about these policies or would like to report a violation, please send a message to the NTID webteam (mxdnpa@rit.edu).