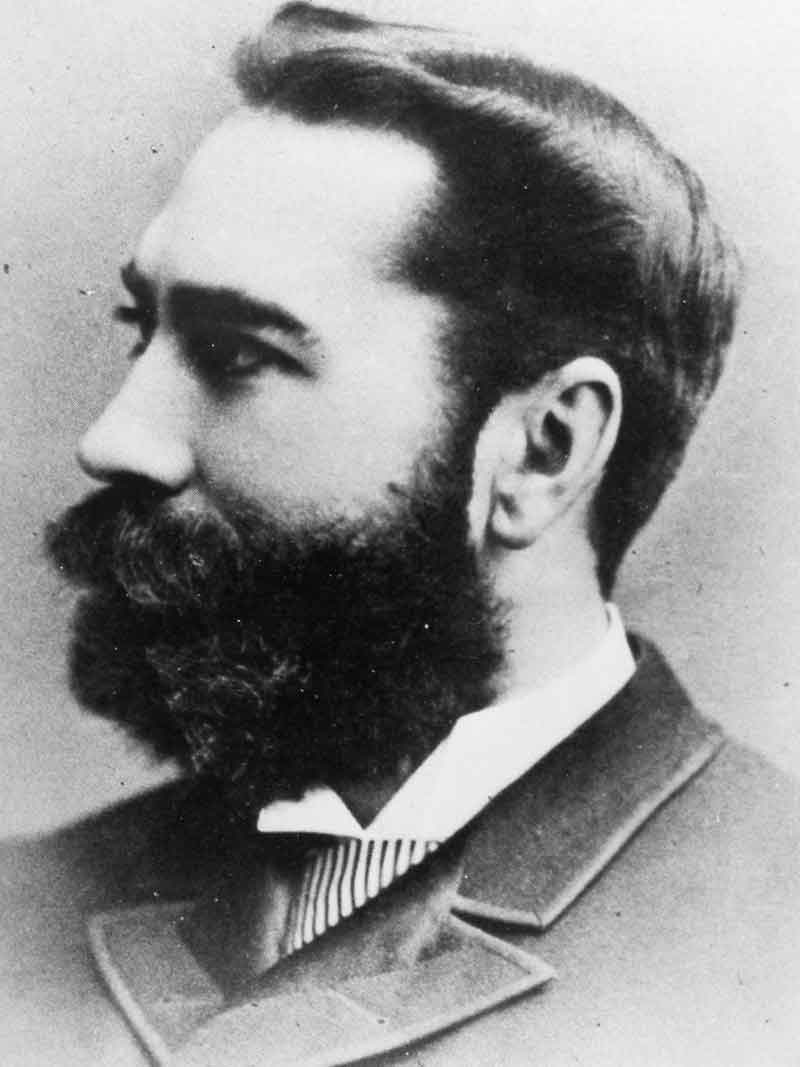 Edmund Lyon (1855-1920) was a noted manufacturer, inventor, humanitarian, and philanthropist in Rochester, New York. Mr. Lyon graduated with honors from the University of Rochester in 1877 and received his law degree from Columbia University in 1880. After practicing law for a short time, Edmund Lyon turned his attention to business, travel, and philanthropic endeavors, devoting himself passionately to education, most notably the education of deaf persons. During seven years of service at the Rochester School for the Deaf (then called the Western New York Institute for Deaf-Mutes), Mr. Lyon developed an intricate system of manual symbols to be used in speech training. His Lyon Phonetic Manual became a highly regarded resource and was used widely around the world. In 1895, Edmund Lyon was appointed Secretary of the New York State Board of Charities and subsequently was appointed by that Board as State Examiner of the nine schools for the deaf in New York State. In 1896, Mr. Lyon married Carolyn Hamilton Talcott, whom he had met at the Rochester School for the Deaf and who had taught there since 1879. The Lyons had three daughters.

Later, Mr. Lyon served as a trustee of both the Rochester Institute of Technology (1905-1920) and the Rochester School for the Deaf (1911-1920). He died on April 23, 1920. In 1980, the daughters of Edmund Lyon established the Edmund Lyon Memorial Lectureship. The purpose of this lectureship series is to bring distinguished speakers to the National Technical Institute for the Deaf (NTID), one of the nine colleges of Rochester Institute of Technology. In the past, speakers have included distinguished deaf persons who have excelled in their careers with hearing colleagues in science, business, technology, industry, arts, or public service and who stand as models to the faculty and students of NTID for their career attainments. A current goal of the lectureship series is to bring in speakers whose expertise and scholarly contributions stand on the cutting edge of advancement in the education and career success of deaf persons.

Entering RIT campus:
From Jefferson Rd. (Route 252) proceed to the entrance west of the Radisson Hotel (Max Lowenthal Rd.). Enter the campus at this location. At the first stop sign, you will be facing Lyndon Baines Johnson (LBJ) Hall. Turn left onto Andrews Drive. At the first road (Edmund Lyon Crescent), turn right. You will see a sign for visitor parking (Parking Lot L).

Venue: CSD Student Development Center - 1300/1310
Enter the front door of LBJ Hall. Follow the main hallway and turn right immediately after the central staircase. At the end of the hallway turn left -- the CSD/SDC (building 55) will be straight ahead (attached to the southwest side of LBJ). Room 1300/1310 is down the stairs and to the right.

From the airport
Turn right onto Brooks Avenue, then a quick right onto I-390 South. From 390, take the next exit (Scottsville Road) and turn right at the end of the ramp. Drive for approximately three miles, then turn left onto Jefferson Road (Route 252). Proceed east a short distance to campus, RIT's main entrance will be on your right. Continue to the next light and turn right.

From the NYS Thruway
Take exit 46 and proceed north on I-390 to exit 13 (Hylan Drive). Take a left onto Hylan Dr. and continue north to Jefferson Road (Route 252), and take a left at the light. Proceed west a short distance to the main campus.