A Note from the Coordinator

Sunshine 2.0 is a professional traveling theater troupe based at Rochester Institute of Technology’s National Technical Institute for the Deaf (NTID) in Rochester, New York. The troupe travels to public schools, schools for the deaf and hard-of-hearing students, colleges, or civic group venues and offers performances and activities that highlight STEM fields and other educational topics through the arts. Performances are presented in voice and in American Sign Language, are accessible to all audience members and cover subjects for people of all ages. 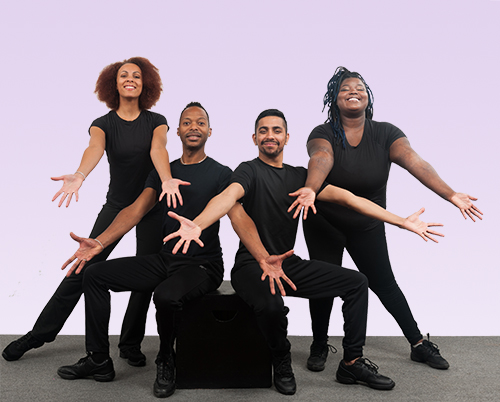 Using unique approaches to theater and dance, Sunshine 2.0 develops programs, workshops, and performances featuring materials that provide educational content and demonstrate the special quality of the performing arts in Deaf theater, while introducing audiences to the experiences of Deaf people.

Sunshine 2.0 audiences have a rare opportunity to see an exciting form of art that is not only entertaining, but introduces them to the world of deafness and creates an impression that will last a lifetime. Contact us in our booking section or online to schedule a performance at your location today.

Fred Michael Beam is the outreach coordinator for Sunshine 2.0. He is an experienced performer with acting credits that include Nicholas in “By the Music of the Spheres” at the Goodman Theater, Harry in “Harry the Dirty Dog” at the Bethesda Academy of Performing Arts; Witness in “Miracle Workers” and Stranger in “Mad Dancer” at the Arena Stage in Washington, D.C.; “Fall Out Shelter,” “The Dirt Maker” and “The Underachiever” at the Kennedy Center; the title character in “Othello” at Gallaudet University; and Steve in “A Streetcar Named Desire” at Sign­Rise Cultural Arts in Washington, D.C. He also performs in his one-man shows, “Fred Michael Beam: Sign Me a Story” and “Black, Deaf Male: Who Am I?,” which toured nationwide. He was a member of “I Didn't Hear That Color,” the first black deaf play ever produced. His television and film credits include “If You Could Hear My Own Tune,” “The West Wing,” “Secret Dream,” “Little Lonely Monster,” “Deaf Mosaic” and “The New Captain Kangaroo,” for which he won the 2000 Media Access Award.

A dancer, director and choreographer, Beam has worked with the Gallaudet Dance Company, the National Deaf Dance Theatre, the DuPont Dance Company, the Penn Vision Dance Company and the Bethesda Academy of Performing Arts. He has performed around the globe, including in Africa, Australia, Egypt, England, France, Jamaica, Japan, Sweden, South America and the Virgin Islands. He also was choreographer for the production of “Jesus Christ Superstar” at the Open Circle Theater in Washington, D.C.

He is executive director of In­visible Hands, Inc., which promotes deaf awareness through performing arts and was a founding member of The Wild Zappers, an all deaf male dance company. He also established Theater Arts Leadership Training for Deaf People of Color at Gallaudet University. Beam established the Black Deaf Expo and has hosted it since 2003, providing the Deaf Black Community the opportunity to stand proud, displaying their culture.

Beam also was a board member of Quest for Arts, Inc., the Governor's Ad­visory Committee on Careers in the Arts for People with Disabilities in Maryland and a former president of District of Columbia Black Deaf Advocates. For his outstanding work with the deaf community, Beam was chosen one of “Essence Magazine’s” Real Men of the Year, and has been “DEAF LIFE” magazine’s Deaf Person of the Month.

Shiann is a Cleveland native who recently relocated to Rochester to join the Sunshine 2.0 team. Shiann went to Cleveland School of the Arts where she studied dance under the instruction of former Dayton Contemporary Dance Company member, Terrance Greene. She has performed at the International Association of Black Dance conference in Denver, Colorado, and has traveled around the country performing professionally.

Shiann also studied theater for two years under the leadership of Dr. Scott Miller and Nina Domingue- Glover where she was taught African American theater, classical theater and how to direct, write and produce her own plays.

Shiann grew up in church praise dancing under the leadership of her mother Selena Pittman, who eventually gave Shiann the opportunity to teach and choreograph for the ministry. Shiann loves singing, dancing and acting but apart from that she enjoys watching movies and spending time with family and friends.

Tyler James Fortson is a native of Mississippi, and was raised in Houston, Texas. He has performed in A Night in Bethlehem Comedy, Rodgers & Hammerstein’s Cinderella, Quid Pro Quo, and Beauty and the Beast. As an RIT/NTID student, Tyler was involved in Theater Arts, Velocity Dance Crew, and Tiger Media.

After graduating with an associate degree in 3D Graphic Technology, Tyler was involved in Insomniac Games’ Spiderman as Miles Morales, and used sign language. He joined Deaf West Theatre and was in Episode Nine of NBC television’s Zoey’s Extraordinary Playlist. He also performed in Kelly Clarkson’s video, I Dare You.

Tyler has returned to NTID to major in Mass Communications. His goal is to network with people in the Deaf community and help them find opportunities in dance, film and art. He believes that everyone deserves to be a shining star.

Tyler is very proud of who he has become, and is thankful for his loving family who supported his dream to perform on the stage.

Zain was born and raised in Pakistan. He moved to Chicago when he was 8 years old. He has recently graduated in Marketing with a minor in Psychology at Rochester Institute of Technology. In high school, he was involved in many plays at a local theater at International Center on Deafness and the Arts (I.C.O.D.A) in Chicago, IL. Zain was cast in his first acting role as Dopey in Snow White. Eventually, he was cast in other roles in West Side Story, Into The Woods, and St. Paddy Day. He was also involved in a dancing group, Traveling Hands Troupe (T.H.T), for two years. In his senior year of high school Zain and his team went to Dubrovnik, Croatia in Europe for the International Conference for Deafness arts showcase.

At Gallaudet University Zain was involved in a special performance to share the story about domestic violence incidents through acting to honor Deaf Domestic Violence survivors. When he transferred to Rochester Institute of Technology, he was involved in the plays Hairspray and Almost, Maine. Also, he was the assistant director for a play, Into Act, that is based on ASL storytelling and poetry.

In his free time Zain loves to dance in Lollywood (Pakistan) and Bollywood (India) due to his cultural background. He also enjoys translating English into American Sign Language (ASL) songs from YouTube music videos. In addition, he enjoys traveling and loves to meet new people. 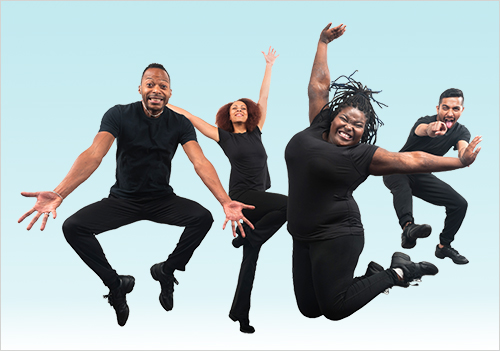 Our performances involve the amazing use of movement, sign language, physical theater, and other entertaining physical elements. Our shows not only entertain, but also help educate students and other audiences about the Deaf experience—information that is shared through a range of skits and short plays involving sign-mime, dance, gestures, ASL poetry, songs, and storytelling. All performances are presented in sign language and spoken English to provide full access to audiences.

By incorporating the use of sign-mime, signing songs, body awareness, and the use of theater games, participants gain an understanding of body movement and basic theater techniques useful for everyday life. Workshops are designed for about 20 to 30 participants. We can provide a longer workshop for high school students, college students, and community members.

Book a Sunshine 2.0 Performance or Workshop

For additional information about Sunshine 2.0 or to request a booking date, please contact: 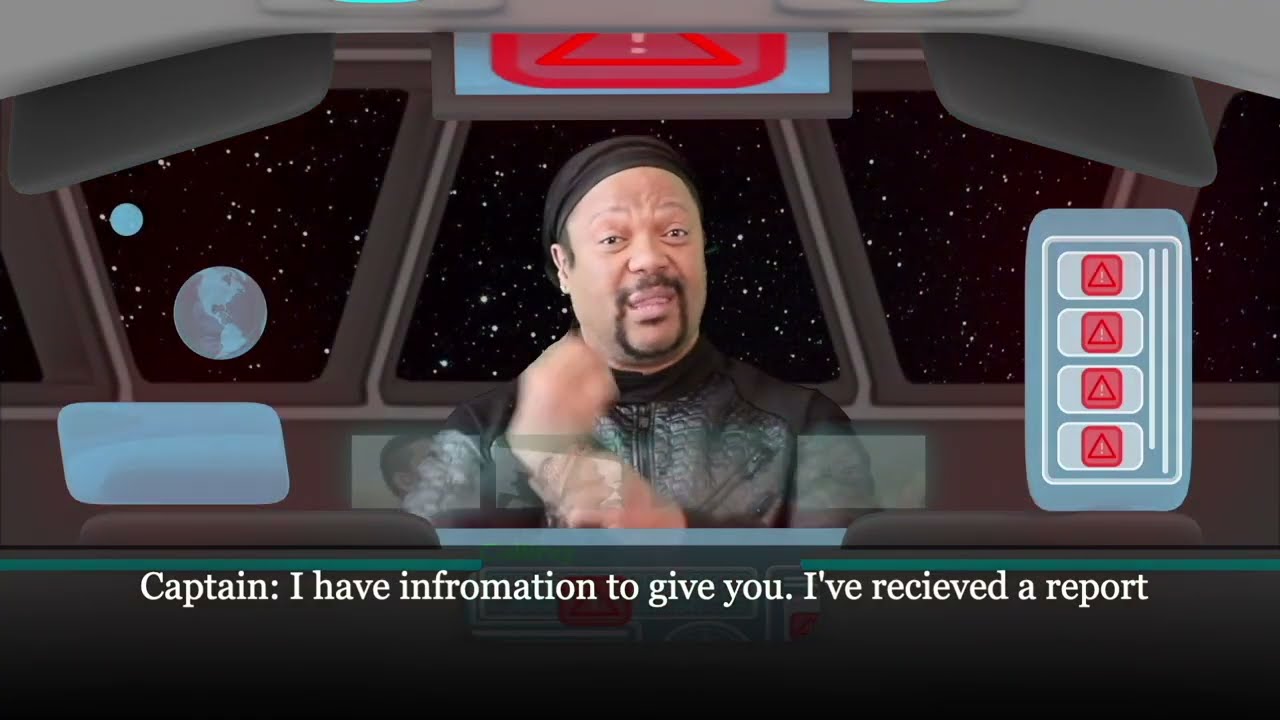 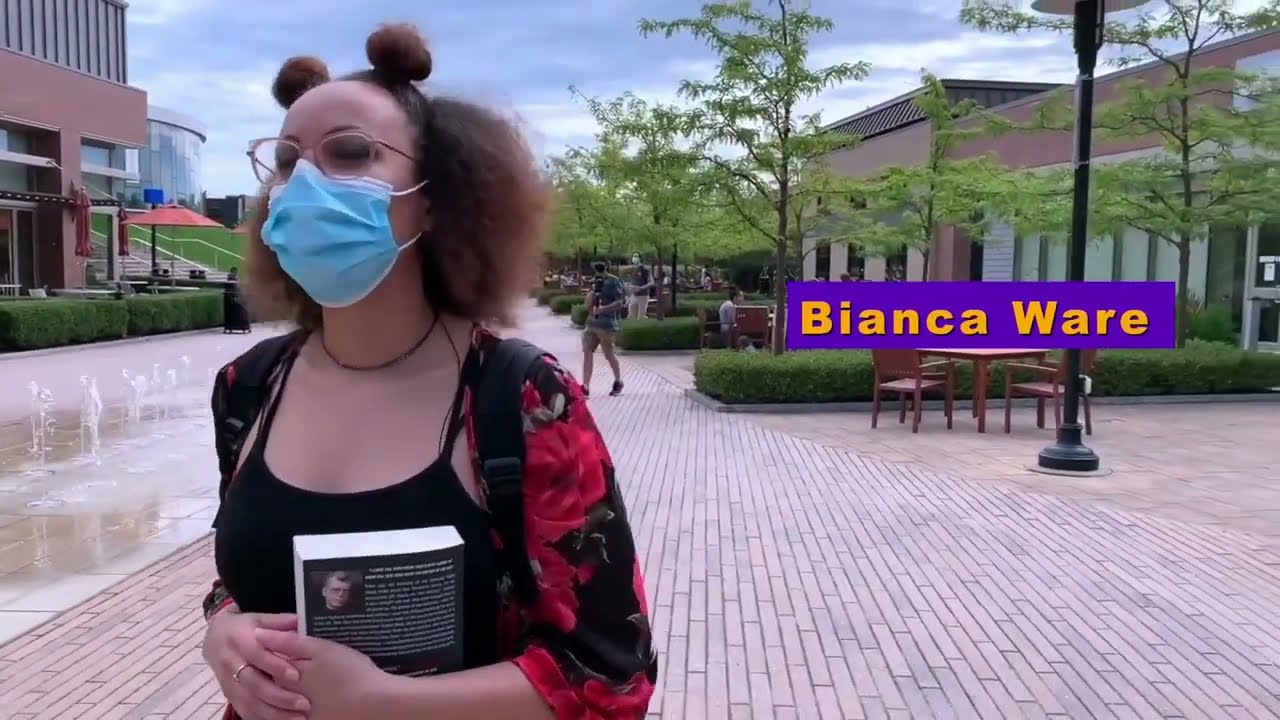 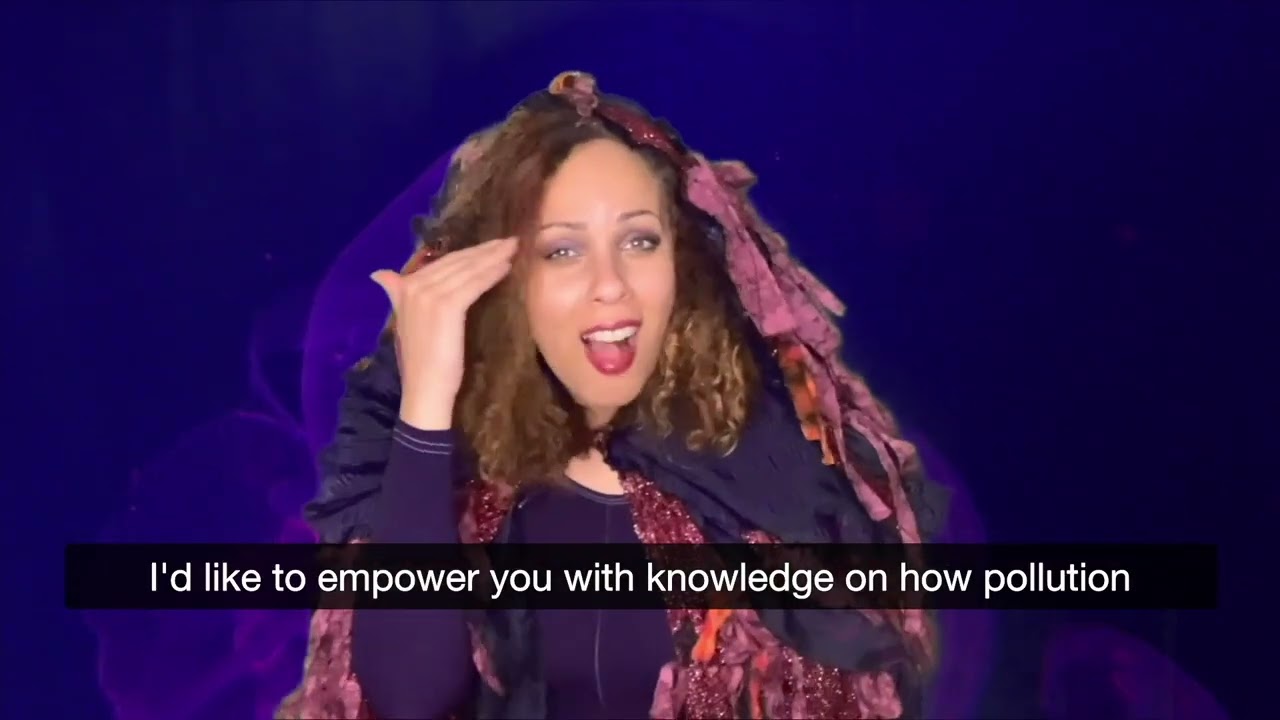 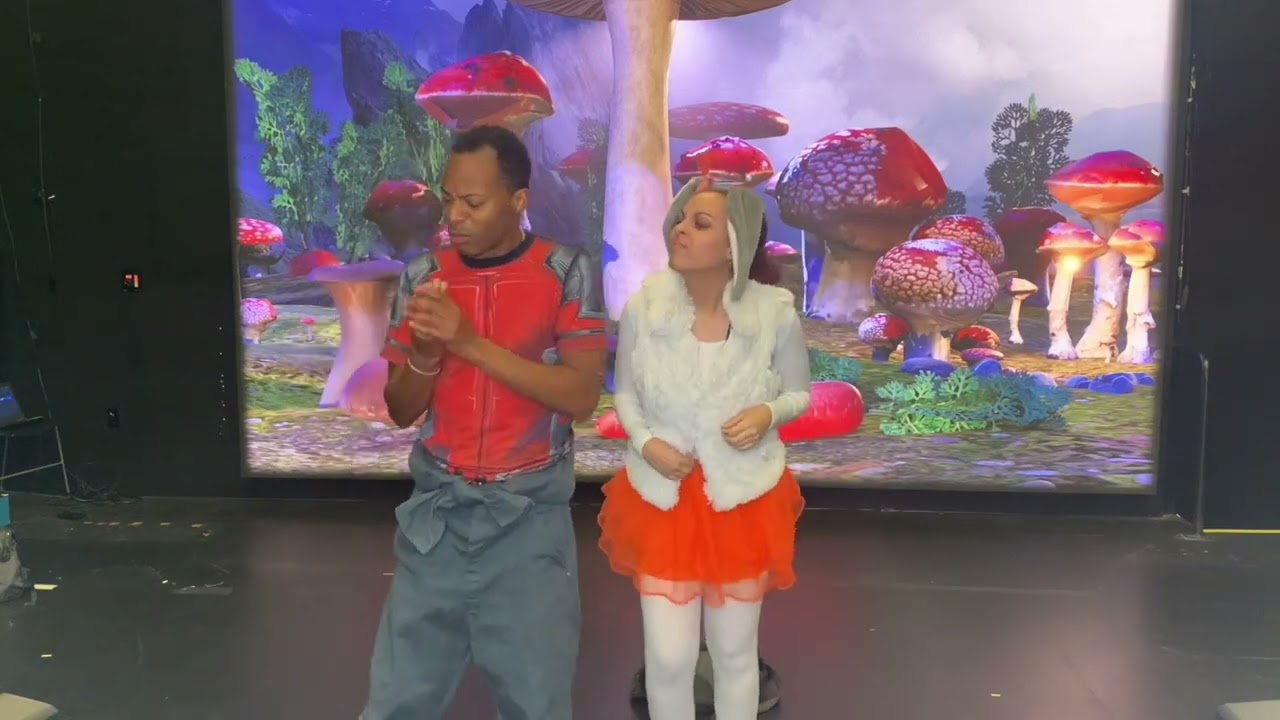 Where The Wild Designs Are

View videos from some past Sunshine 2.0 performances in our archive. 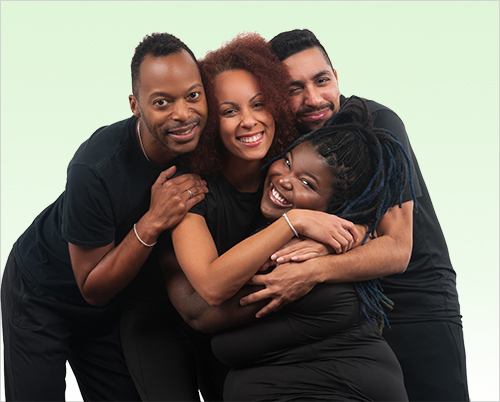 Yes, I want to receive my free gift and information about RIT/NTID competitions, summer camps and other programs for students who are deaf or hard of hearing.

If are requesting a Performance for your venue, please go to the Book Us form. 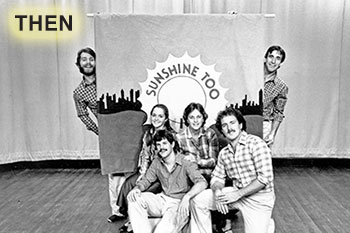 Sunshine 2.0 is a 21st century reboot of Sunshine Too, a similar on-the-road performing arts program that was established in 1980 and, during its 19-year history, visited 48 states, Canada, Denmark, England, Finland, Israel, and Japan, presenting programs developed around the themes of deaf awareness, social issues, and the environment.

The troupe provided more than 12,500 performances for more than 1.3 million people worldwide. 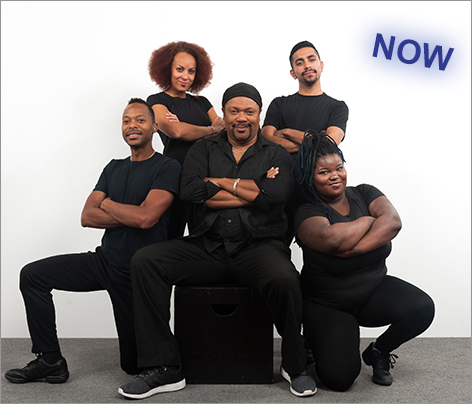