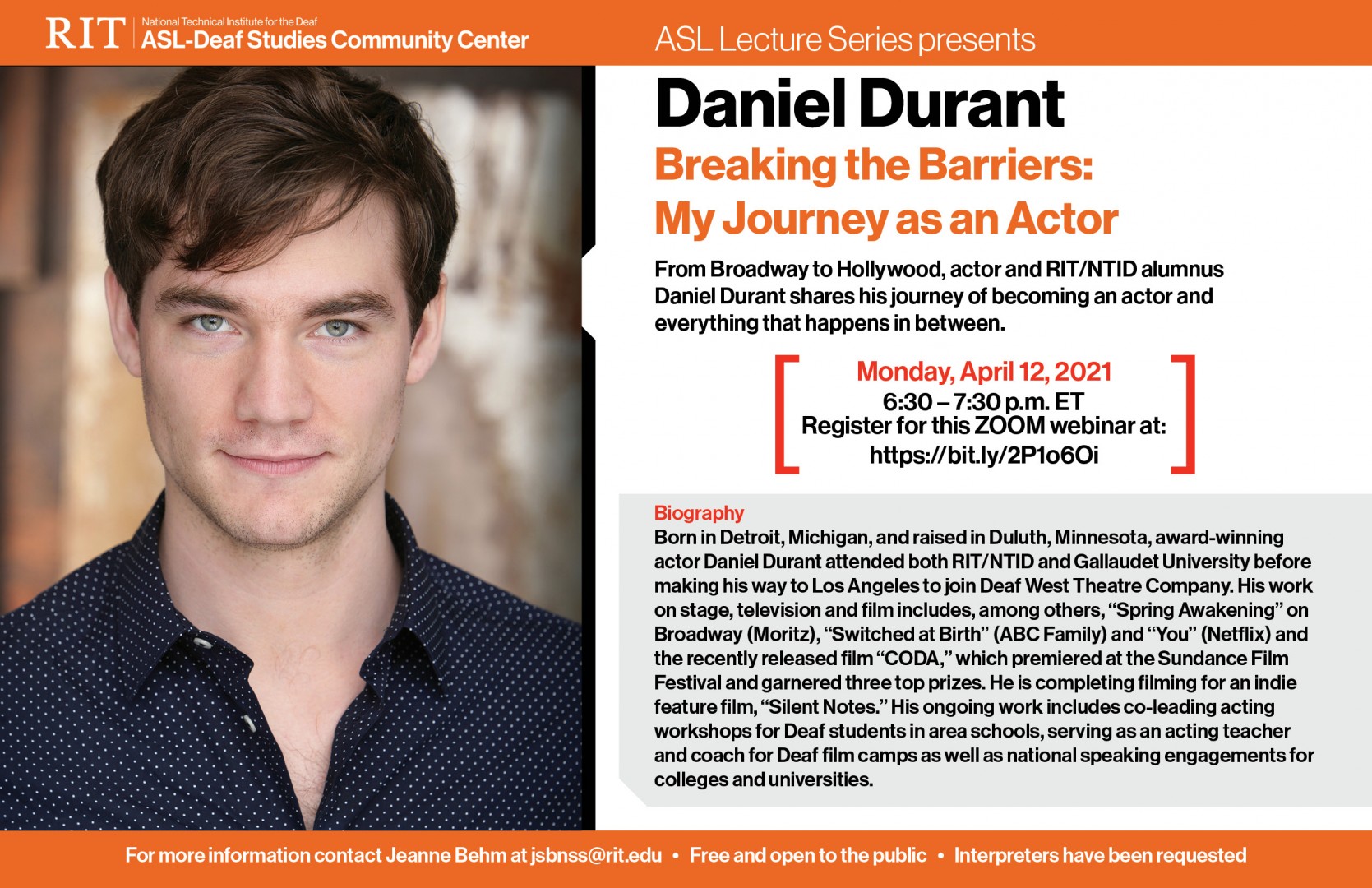 From Broadway to Hollywood, actor and RIT/NTID alumnus Daniel Durant shares his journey of becoming an actor and everything that happens in between.

Born in Detroit, Michigan, and raised in Duluth, Minnesota, award-winning actor Daniel Durant attended both RIT/NTID and Gallaudet University before making his way to Los Angeles to join Deaf West Theatre Company. His work on stage, television, and film includes, among others, “Spring Awakening” on Broadway (Moritz), “Switched at Birth” (ABC Family) and “You” (Netflix), and the recently released film “CODA,” which premiered at the Sundance Film Festival and garnered three top prizes. He is completing filming for an indie feature film, “Silent Notes.” His ongoing work includes co-leading acting workshops for Deaf students in area schools, serving as an acting teacher and coach for Deaf film camps as well as national speaking engagements for colleges and universities.