The Division for Diversity & Inclusion, Black Awareness Coordinating Committee and the Center for Campus Life, presents a nights of laughs with comedian Ian Lara!

Ian Lara is one of the hottest rising comics in New York City. Every night you can catch him performing in some of the best shows in New York, or he's on the road at a club or college near you. He was the host of the “OUT OF TUNE” music app gameshow, featured in “Variety” and “Cosmopolitan”. Last year he taped a set for “Comedy Central Stand up Featuring” which has garnered over 10 million views. He made an appearance on this season of “NBC’s Bring the Funny” and made his late-night debut on the tonight show with jimmy fallon. This year he was a regular player on ‘This week at the Comedy Cellar’ on Comedy Central and You can catch his short special streaming on hbo max titled “la meets ny” 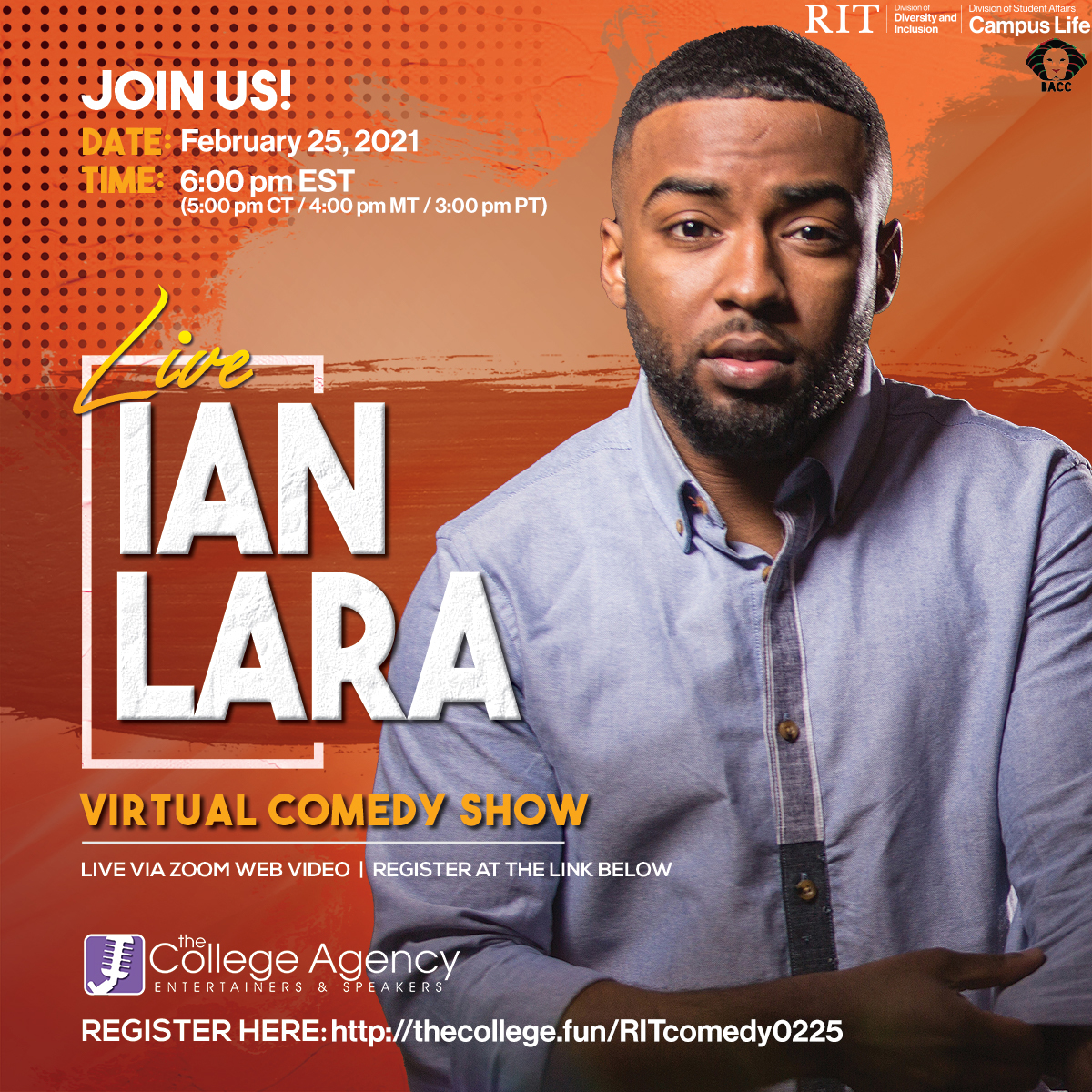