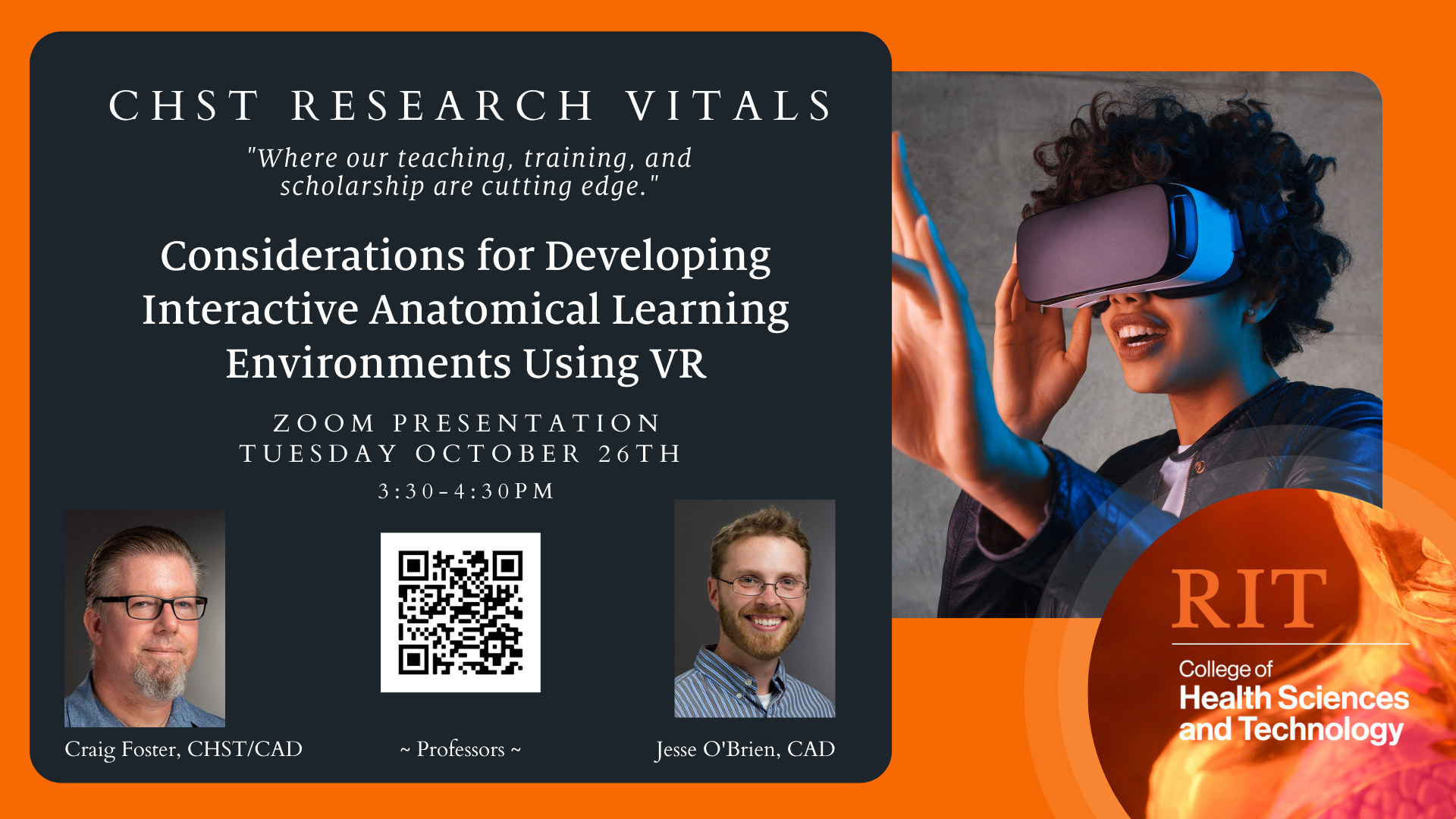 Craig Foster is an Assistant Professor in the College of Art and Design (CAD) at the Rochester Institute of Technology (RIT). He is an award-winning medical illustrator and animator, producing work for major pharmaceutical, biotechnology, and medical device manufacturers. Craig teaches medical illustration and animation to undergraduate students from CAD and to graduate students in the College of Health Sciences and Technology (CHST). Craig has maintained his own medical illustration studio since 1996 and is currently producing work for Janssen Biotherapeutics, Getinge, and Regeneron. Craig holds a Master of Science in Medical Illustration from the Medical College of Georgia (now Augusta University), and a BFA from the University of Michigan.

Jesse O’Brien is an Assistant Professor in the School of Film and Animation (SOFA) at the Rochester Institute of Technology (RIT). He is also a game developer with over fifteen years of experience, and an award-winning filmmaker. Before joining SOFA he was a Senior Lecturer in the School of Interactive Games and Media at RIT, where he taught for eight years. Jesse has worked on eighteen game titles, for companies including Activision, EA, Valve, Hi-Rez, Velan, and Workinman. Currently, he is the art director on the MAGIC Spell Studios game entitled: “That Damn Goat.” Jesse holds an MFA from The Academy of Art University, and a BS from The Art Institute of Pittsburgh.

Both Craig and Jesse have been collaborating at RIT over the past five years, exploring the use of VR and other emerging technologies to improve learning outcomes for complex anatomical subject matter that is difficult to teach using traditional methods. Their virtual arm project (VRm) was presented at Imagine RIT in 2019 and was well received. They are looking to use the VRm project to expand research opportunities and to continue collaboration on additional learning modules.