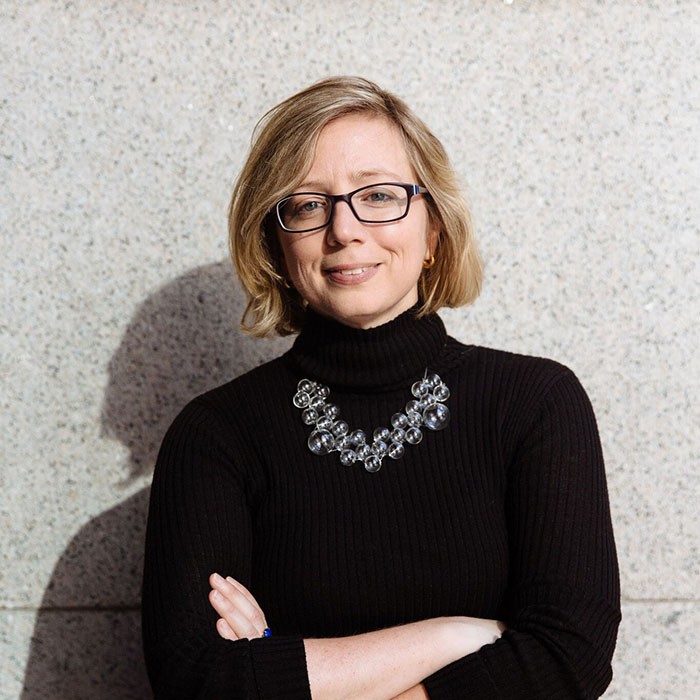 Frank Lloyd Wright liked to tell the story of how his interest in form was piqued by early encounters with wooden blocks. In this lecture, Alexandra Lange will discuss why kids play with wooden blocks, what lessons they teach, and how designers and educators including Caroline Pratt, Anne Tyng, Isamu Noguchi and Charles and Ray Eames tried to improve upon them in concrete, plastic and cardboard. Alexandra Lange is the architecture critic for Curbed. Her essays, reviews, and profiles have appeared in numerous design publications including Architect, Dwell, and Metropolis, as well as in New York Magazine, the New Yorker, and the New York Times. She has been a featured writer at Design Observer and an Opinion columnist at Dezeen. She was a 2014 Loeb Fellow at the Harvard Graduate School of Design.

Her new book is The Design of Childhood: How the Material World Shapes Independent Kids, published by Bloomsbury USA in June 2018. Research for the book was supported by a grant from the Graham Foundation for Advanced Studies in the Fine Arts. She is also the author of Writing About Architecture: Mastering the Language of Buildings and Cities (Princeton Architectural Press, 2012), as well as the e-book The Dot-Com City: Silicon Valley Urbanism (Strelka Press, 2012). She co-authored Design Research: The Store That Brought Modern Living to American Homes (Chronicle Books, 2010) with Jane Thompson.