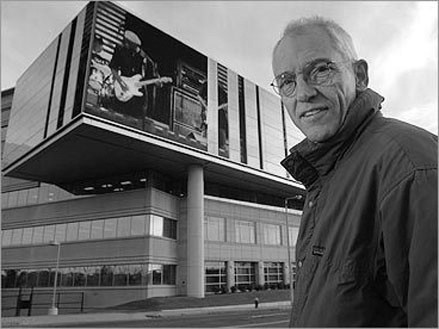 Christopher Pullman's talk focuses on how the conventions of typography and the dynamics of word-image interactions change when working with time, motion and sound.

For 35 years, Christopher Pullman was Vice President of Design and Branding for WGBH, public broadcasting in Boston, which supplies about a third of both the PBS prime time schedule and associated websites on PBS.org. He and his staff were responsible for the visual personality of WGBH, as expressed through the design of its on-air titles, credits and animation, promotional and sales support, classroom materials, and interactive media. As a result of its design practices the company was honored in 1986, with the Design Leadership Award from the American Institute of Graphic Arts.

He has served on the Board of the Corporate Design Foundation, the Design Management Institute and the national board of the American Institute of Graphic Arts. International Design Magazine recognized Chris in the first list of the ID Forty, which names the forty most influential designers. In 2002, he received the AIGA Gold Medal for his contribution to design and teaching, the highest individual honor awarded to a designer by the AIGA.

Pullman earned his MFA at Yale where he has been teaching since he graduated, focusing on motion design. He has lectured widely to schools and professional organizations and has published articles on design and design education that have appeared in CA, Design Quarterly, Critique, and various anthologies. Since leaving WGBH in 2008 he has turned his attention to painting.