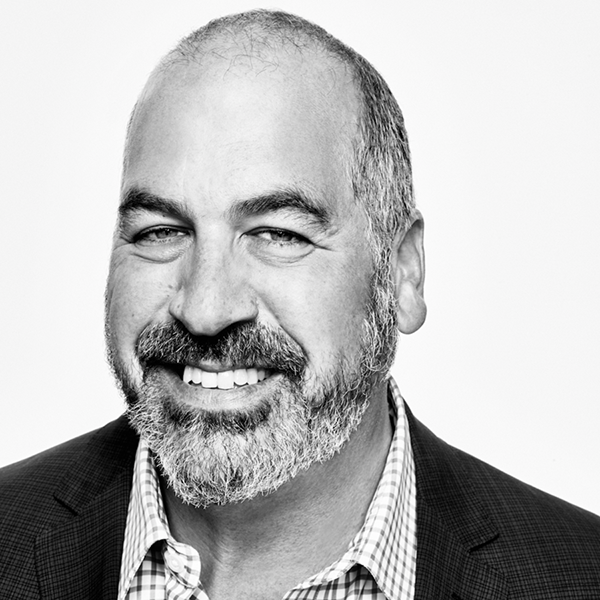 John Edelman, president and CEO at Heller, is speaking at RIT as part of the Vignelli Center for Design Studies Design Conversations Lecture Series. His talk is scheduled for 5:30 p.m. Thursday, April 27, in MAGIC Spell Studios' Wegmans Theater.

John Edelman is an experienced Board Member with a demonstrated history of working in the design industry. He is skilled in Modern Furniture, Retail, Textiles, Finish, and Renovation. As an independent consultant, his expertise in strategic growth is enhanced by an innate understanding of how people express themselves through consumer choices across a broad range of contract, trade, and lifestyle industries and product types.

He purchased the company of his dreams – Heller – in May 2022, serving as President and CEO while steering the future of this iconic furnishings brand. But that’s not where his story began. He spent 14 years at Edelman Leather, including six as President and CEO. John’s leadership approach was defined by his family’s principles of authenticity and “doing well by doing good.” Along with John McPhee, he re-envisioned the company. Soon after, he turned his family’s namesake brand into a global trademark by expanding into four luxury lifestyle categories – private aviation, hospitality, corporate interiors, and residential interiors – before helping facilitate the sale to Knoll, Inc. in 2007.

In 2010, John purchased Design Within Reach with McPhee. He revitalized the retailer, turning it into the world leader in authentic modern design by eliminating knockoffs, repairing vendor relationships, and re-training sales teams. Then, adding Trade and Contract divisions, expanding Product Development, and opening new DWR Studios. In 2014, Herman Miller, Inc. purchased the renewed DWR and John stayed on as CEO of both DWR and Herman Miller Consumer Group before departing in 2019.

John is highly regarded by the design community. He sits on the Chilewich Board of Directors as well as being the Executive Chairman of Crypton Fabrics. In the past, he has served on the Board of Trustees for DIFFA, and currently serves on the Board of Design Leadership Network and the Be Original Americas Board of Directors. John is also the Co-Founder of beverage brand Fourth & Pride vodka, which donates 5% of their profits to LGBTQ+ organizations, fully integrating his business acumen with lifelong advocacy work. At the end of May, 2022, he was bestowed an honorary doctorate from the New York School of Interior Design.

He is a graduate of Manhattanville College with a BA focused in Liberal Arts. Proficient in Portuguese, Italian, French, and Spanish.

creativity and innovation
entrepreneurship
technology, the arts, and design