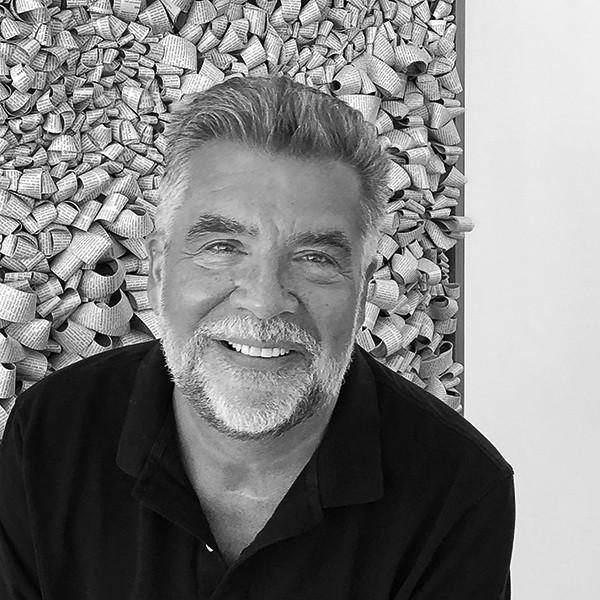 Richard Poulin is a designer, educator, author, and artist. Throughout his career he has focused on a generalist approach to all aspects of design, including graphic, environmental, interior, and exhibition design, dividing his time between professional practice and academia.

He was Design Director and Managing Partner of Poulin + Morris Inc., a New York City-based multidisciplinary design consultancy he co-founded in 1989 with Douglas Morris. As a highly-respected educator, he was an adjunct professor at Cooper Union and the School of Visual Arts for over two decades and a recipient of a research grant in design history from the Graham Foundation for the Advanced Studies in Fine Art. Richard is also a recipient of a Fellow from the Society of Experiential Graphic Design (SEGD), the profession’s highest honor; and his work is in the permanent design collections of the Denver Museum of Art, Letterform Archive, Library of Congress, and Los Angeles County Museum of Art (LACMA).

He is the author of several books on graphic design, typography, and design history which have been translated into eight languages and used by students and practitioners worldwide. Richard’s new book, a monograph on the life and work of Rudolph de Harak—Rational Simplicity: Rudolph de Harak: Graphic Designer— traces the rich and varied career of one of the masters of American mid-century modernist graphic design and was released in the Fall of 2022 by Thames & Hudson (London).

As an artist, his most recent solo exhibition, entitled “Visual Essays: Elemental Singularities” was at the Brian Marki Fine Art Gallery in Palm Springs, California. His fine art has also been exhibited throughout the United States and is in the collections of several private collectors.