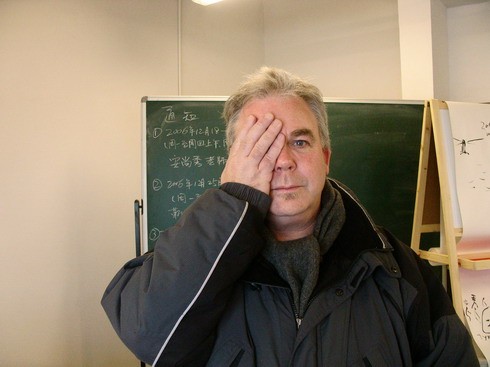 Born in Glasgow, Scotland, Robert Appleton is a designer, artist, photographer, musician and teacher. After ten years in Advertising, he moved to an Art Director position at Saatchi & Saatchi in London. He studied drums with Tony Oxley, played on the jazz and new music scenes and attended St Martin's School of Art. He became a photojournalist for BBC Television and emigrated to the US in 1979, where he formed Appleton Design in Connecticut. Through IBM he moved to New York City to work on their new brand identity at Wells Rich Greene. His work has received numerous awards. He began teaching in NY at Cooper Union, then Parsons School of Design, He was elected to membership of Alliance Graphique Internationale in 2001, and has since taught for the University of Minnesota, Glasgow School of Art and China Central Academy of Fine Arts in Beijing, Ryerson University and OCADU in Toronto, where he earned his MFA in 2010.

Since 2012 he has worked exclusively on research and performance projects related to his language of visual, aural and textual elements called Vortex.

The term Vortex is represented by the sounds which form it in English: V (for visual) + or (for aural) + tex (for textual) = Vortex

New Ways of Speaking proposes the use of multiple forms of media and communication as a single language (Vortex). In real and virtual space, mediated by technology, this allows students to live and learn in several worlds simultaneously, and in the process, create original solutions to given and personally selected problems.