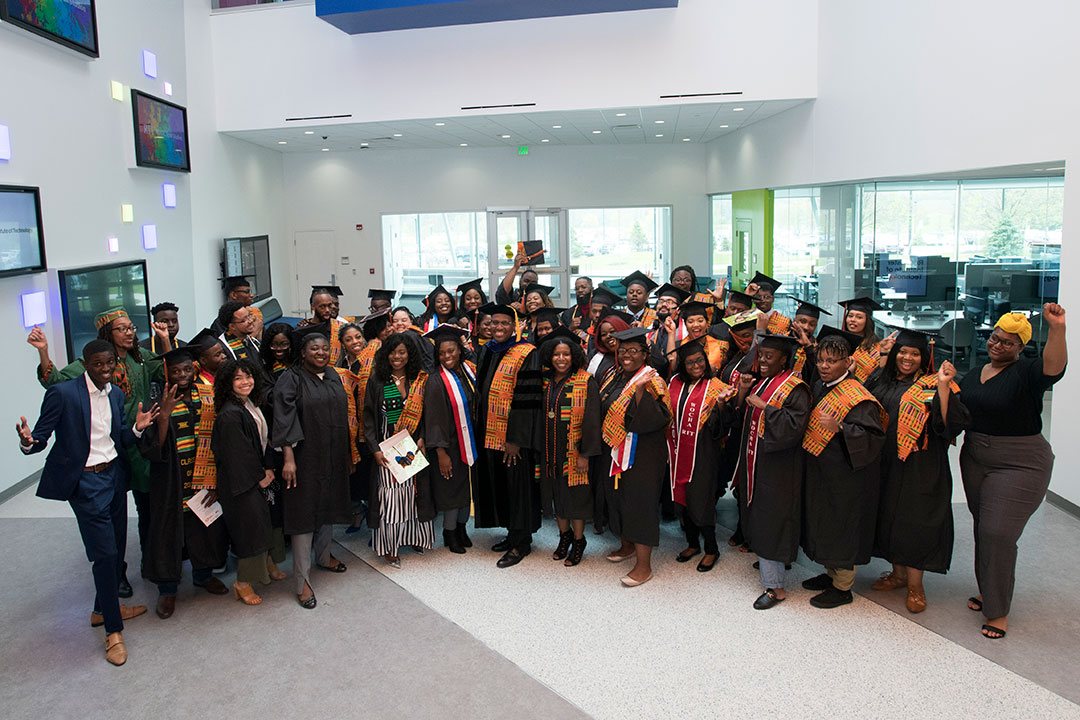 The Black Awareness Coordinating Committee (BACC) organized RIT’s first student-driven Black Graduation ceremony in May. The event was the latest from an organization that has been moving RIT forward for 50 years.

Students clad in graduation caps and gowns and Kente cloth sashes stood in front of a cheering crowd at MAGIC Spell Studios for RIT’s first student-driven Black Graduation ceremony in May.

“We know how hard it is to be black in America and how hard it is to get to this point,” said Loryn Johnson, a fourth-year biotechnology and molecular bioscience student from Canal Winchester, Ohio, and vice president of BACC. “Not everyone makes it to a four-year university or even graduates high school, and so we really wanted to acknowledge their hard work.”

The event was the latest contribution from an organization that has been moving RIT forward for 50 years. BACC was founded in 1968 and officially recognized as RIT’s first cultural club the next year. 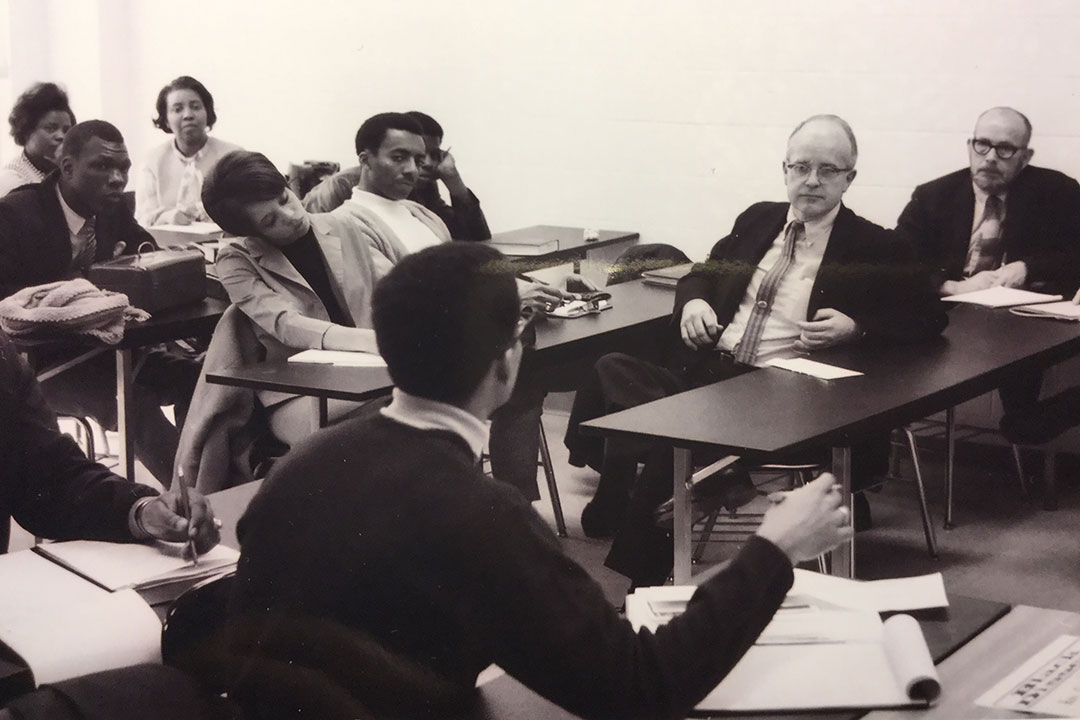 James Manning ’70 (business administration), one of BACC’s founding members, recalled a different RIT when he was a student. Manning said that when the organization formed, there were about 32 black students on campus. The group’s first goals were to increase representation and educate the RIT community about black culture.

Despite being met with initial hostility and skepticism, the group found success within the first year of its existence, and RIT formed a committee to recruit more minority students and agreed to offer black history courses.

“The biggest achievement is the administration ultimately did exactly what we wanted them to do,” said Manning. “They went out and started recruiting African-American kids to start coming to RIT and started black study courses. We never dreamed it would go as far as it did.”

Over the years, the group has helped shape RIT. The group has launched long-running programs like a memorial celebration of Dr. Martin Luther King Jr. that evolved into Expressions of King’s Legacy, served as a vehicle for students to explore black culture and offered a scholarship that the group hopes to revive this year.

In addition, RIT plans to place a statue of Frederick Douglass in a prominent location on campus to recognize BACC’s contributions.

“It’s a good feeling to know that RIT is still acknowledging us,” said Malik Johnson, a fourth-year photographic and imaging arts student from Bronx, N.Y., and BACC president. “This club is very important. The foundation it was founded off of has to be known and we have to make sure it still lives.”