Anderson Cooper tells RIT students his role is to inform, not tell people how to vote 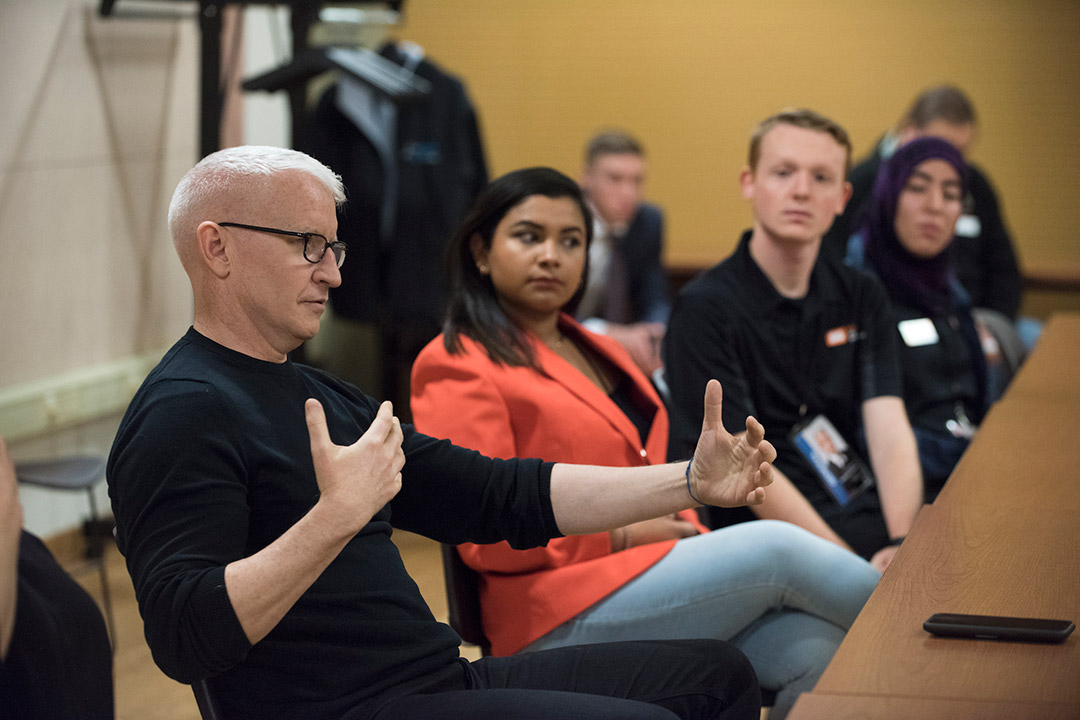 Journalist Anderson Cooper meets with members of RIT’s Student Government prior to his talk in the Gordon Field House during Brick City Homecoming and Family Weekend.

Before his talk Saturday to thousands as the Rochester Institute of Technology Student Government distinguished speaker, journalist Anderson Cooper said it’s not his job to tell people how to vote.

“My job is to inform people what is happening, factually, and accurately, and to point out when what people are saying is not true,” Cooper said as he met with members of RIT’s Student Government to answer their questions about his life experience, his work and the state of government in the United States and the world. 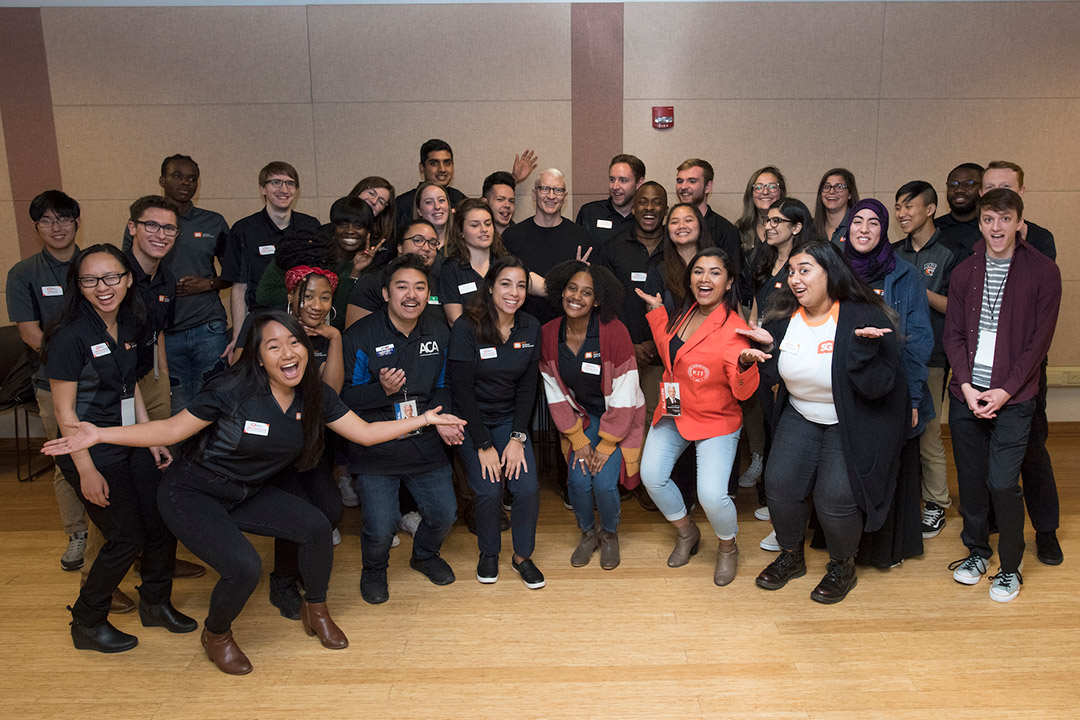 A. Sue Weisler Journalist Anderson Cooper meets with members of RIT’s Student Government prior to his talk in the Gordon Field House during Brick City Homecoming and Family Weekend.

“I personally, as a news consumer, don’t care what some overpaid commentator’s opinion is. It doesn’t hold any more weight,” he said.

The anchor of CNN’s Anderson Cooper 360° and a correspondent for CBS’s 60 Minutes, Cooper has worked in more than 40 countries, covered major news events around the world, anchored political conventions and moderated several presidential primary debates.

He was asked if he was impressed with any of the Democratic presidential candidates. He said all of the candidates were impressive just to have made the cut to appear at last week’s primary debate.

But Cooper said he’s been amazed at some of the politicians he’s met, “and not in a good way.” Especially troublesome are people who instead of having real discussions, stick to their party’s scripts, even though they don’t even believe what they are saying.

“Democrats do it. Republicans do it,” he said

He said being a moderator at such a debate takes three or four weeks of preparation and role playing with colleagues who are experts on each candidate. “Eight times out of 10, they can predict what the candidate will say.”

And they can predict which candidate will want to chime in about a comment, sometimes just to be argumentative, sometimes for the sake of discussion. “It’s like playing a game of three-dimensional chess in the future,” Cooper said.

A student asked Cooper how he avoids his biases.

Cooper talked about seeing more left-wing and right-wing activists, and talked about having pizza with neo-Nazis one evening, just to hear them out.

“We’re seeing this incredible polarization not only in this country but across the world,” he said. “It will be interesting to see whether things go back to the way they were, or if this is the new normal. Sometimes things progress and sometimes it’s two steps back.”

Cooper talked about growing up in New York City and studying political science at Yale University. “I wanted to become a foreign correspondent,” he told the students. He went overseas with his camera, took footage of warzones and disasters in Africa, Asia and Europe, and eventually was hired by ABC News.

“Three years earlier they wouldn’t hire me to answer phones,” Cooper said. “To have someone my age then, 26, as a correspondent is kind of rare.”

He says he’s still motivated by the stories to be told.

“I’m mostly interested in going to where things are happening,” he said, noting some of his most memorable assignments were in New Orleans after Hurricane Katrina struck in 2005, and in Haiti in 2010 after an estimated 200,000 people were killed in an earthquake.

“You can shine a light into a place that has been plunged into darkness,” Cooper said. “You see all this horror, but you see all this humanity as well. For me, that’s the most meaningful work.”

He talked about diving with sharks off the coast of South Africa and recently – for an upcoming segment on 60 Minutes – learning about the chemicals in hallucinogenic mushrooms.

“It still doesn’t feel like work. It’s a complete extension of who I am,” he said. “All the work I do is really exciting.”

Ian Stroszeck, a third-year computing security major from Brighton, N.Y., asked Cooper how he deals with an administration that cares so little about facts.

Cooper said it’s normal to get different perspectives on issues when talking to different people, “but the most frustrating thing is when you’re being lied to.”

He said a good journalist will prepare in advance of an interview, doing research on what that person has said in the past.

“If you are armed with facts, you can confront them in real time about what the facts are,” Cooper said.

He was asked about how he balances his work and his personal life.

“There is no balance,” he said. “I constantly have to cancel things.”

Cooper, 52, said when he was in his 20s, he lacked confidence. His father died at the age of 50 when Cooper was 10, and his brother committed suicide when Cooper was 21.

“We all have trauma and things that happen in our lives,” he said, yet he looks forward, associating himself with a shark that needs to move forward to breathe.

“I still feel I could do better,” Cooper said. “Sometimes I ramble and say ‘um’ too much.”

He also regrets using a word – he didn’t say which one – during his questioning at last Tuesday’s Democratic presidential primary debate.

“These are the things I obsess about. That’s why I have gray hair.”