Carillon set to ring across campus once again 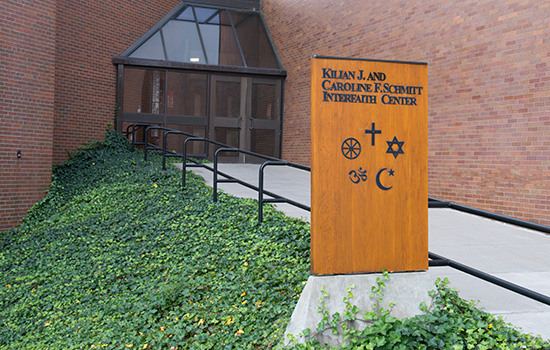 The sound of the RIT carillon bells will be heard throughout campus for the first time in nearly three years on Friday.

In the fall of 2014, the old carillon bell system played for its final time. The system, which was over a decade old and had a life expectancy of approximately that, broke. It wasn’t until the fall of the following year that students began asking for the chiming of the bells to resume.

In late 2015, Student Government began drafting a PawPrints petition to Student Affairs, addressing the absence of the bells and asking that the system be replaced. Student Government President Andrea Shaver said that the movement gained momentum in 2016.

“We presented the petition to the RIT Board of Trustees this past fall, and we expressed how important the bells were to the RIT community,” said Shaver. “We were then able to secure a donor. The new bell system was successfully installed in early March.”

The carillon system at RIT, unlike traditional systems, is entirely electronic. The new system, which took about six hours to install, connects to speakers around campus and can be programmed to play a variety of songs. There are no physical bells.

The bell system will chime on every hour beginning at 3 p.m. Friday and will toll the number of the hour, from 7 a.m. to 11 p.m.

“The bells really help to raise the spirits of many members of the community,” Shaver said.

Jim Ryan, a representative of the Schmitt Foundation, said that when RIT reached out about necessary renovations to the Interfaith Center, the board was ready to listen.

“Knowing how important the interfaith chapel was to Kilian made our investment decision that much easier to authorize,” Ryan said. “We worked extensively with Jeff Hering (director of the Center for Religious Life) and others to define the renovation specifications so as to favorably impact students of all denominations. We really wanted our investment to have a universal appeal.”

Ryan said that once the repair of the carillon system was identified as a need, it did not take long for the board to agree.

“Kilian Schmitt had a great interest in music and he funded a number of similar initiatives in his lifetime, from the chimes at St Mary’s church downtown to the carillon and organ at Nazareth College to the organ in the Caroline and Kilian Schmitt Organ Recital Hall at the Eastman School of Music. Music and religion were very important to the Schmitts,” Ryan said.