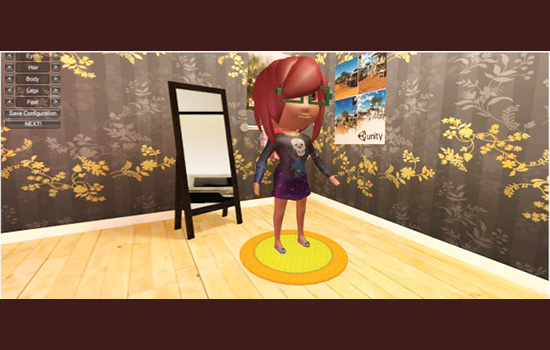 RIT’s new MAGIC Center will focus on supporting students, faculty and staff in turning ideas into marketable products. MAGIC—the Center for Media, Arts, Games, Interaction and Creativity,  located in Student Innovation Hall—has been  created to help RIT innovators hone in on the  burgeoning field of digital media—including games, apps and software—which, according to researchers, is changing the way we communicate, learn and think.

“After a summer of construction, Student Innovation Hall has been transformed into a space that will allow multiple things to happen at one time,” says Andrew Phelps, founding director of  the MAGIC Center. “MAGIC represents an  opportunity for the entire university to move forward in our continuing mission of excellence in digital and creative media.”

The center is comprised of two parts:

The RIT Laboratory for Media, Arts, Games, Interaction and Creativity

A non-profit university-wide research and development laboratory, the RIT Laboratory for Media, Arts, Games, Interaction and Creativity is a cross-disciplinary hub where student, faculty and staff researchers, artists and practitioners come  together to learn about and create digital media.

“For years, the university had been developing pockets of expertise in digital media, with a wealth of individuals doing interesting things in the game design, digital humanities and new media design spaces,” says Andrew Phelps, founding director of The MAGIC Center. “However, RIT is a large  campus and people were having difficulty  communicating and sharing ideas.”

According to Phelps, the lab solves this problem, acting as an intellectual and creative home for affiliated faculty from across the university to share these ideas. The computer lab is equipped with 25 Alienware Aurora 6 Core gaming desktops and a Mobile Zone, with supplies for any project involving mobile phone and tablet technologies.

“I envision the space as a place for those water-cooler conversations to happen,” says Elizabeth Goins, an assistant professor of fine arts and the museum studies program in RIT’s College of Liberal Arts, who teaches Interactive Design for Museums. “People from overlapping fields will come together to collaborate and make projects more dynamic.”

In addition to making it easier to recruit  student artists and game designers for digital-  media projects, the center also provides space  for students to continue their projects beyond  the confines of one or two semesters.

MAGIC Spell Studios is a for-profit production studio that will help students, faculty and staff  as they bring their ideas from prototype to  commercial production in the marketplace.

Projects in the studio will be aligned with  the university in a way that allows owners  to make creative products without the overhead and business management extras  that come with owning a company.

The heart of the center remains open space  for speakers and events like hack-a-thons.  Plans are underway to install a 320-degree  panoramic projection screen.

“It will be really interesting to put gaming  students, grade school educators or medical  teams in this mini IMAX and see what kind  of visualization concepts and educational  experiences they develop,” says Phelps.

Mindgamers, a video game for people with anxiety and/or autism spectrum disorder, is designed for players to have their “best day” in school. A team of mental-health and game-design students and professionals are working on the project, including Laurence Sugarman, Institute of Health Sciences and Technology; Stephen Jacobs, Interactive Games and Media; and Robert Rice Jr., director of clinical internships in the Mental Health Counseling Program at St. John Fisher College.

Sky Time is an educational game designed to teach kindergarten through second-grade students how to tell time. It was initially developed as a class project in a Humanitarian Free and Open-Source Software course designed by Professor Stephen Jacobs. In July 2013, Sky Time was selected for the White House Champions of Change event, which honors civic hackers who are doing extraordinary things with technology.

Lazy Eye Shooter is a video game that helps improve the treatment of amblyopia, or lazy eye, in adults. Currently funded by the National Eye Institute, the Office of Naval Research and the McDonnell Foundation, the game uses first-person shooters to increase visual acuity. Jessica Bayliss, associate professor in the School for Interactive Games and Media, is the principal investigator and is currently developing a non-violent children’s version of the game.

New York State Sen. Martin Golden has chosen RIT’s MAGIC Center as the new Upstate site for an Oct. 22 hearing on how to further develop the state’s game and digital media industries. Like a similar hearing that Golden’s Senate Select Committee on Science, Technology, Incubation and Entrepreneurship held recently at the Polytechnic Institute of New York in Brooklyn, the invitation-only session will seek comment from industry leaders, entrepreneurs and legislators.

To learn more about RIT's MAGIC Center, go to http://bit.ly/ritmagiccenter. 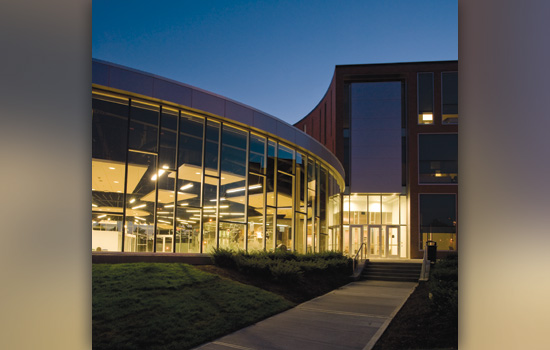 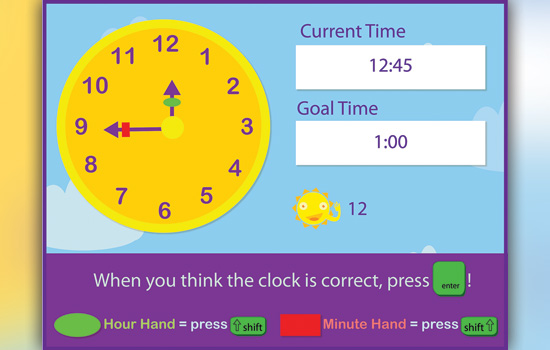 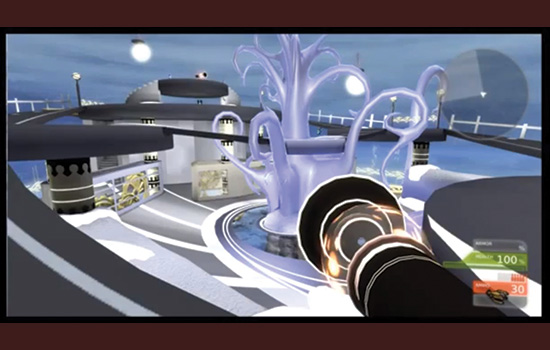