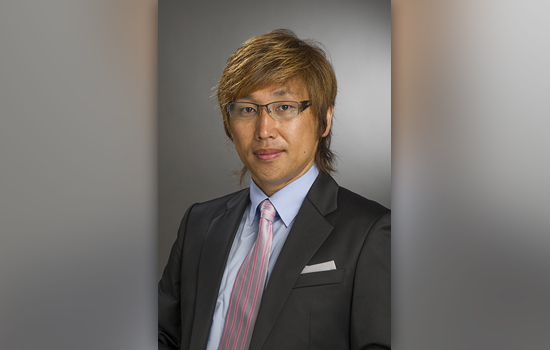 When the acoustics of a Renaissance cathedral were re-created in one of the most modern concert halls in Tokyo, audiences listened to music as it was originally intended by 14th century composers—but in a 21st century setting.

Sungyoung Kim, assistant professor in the electrical, computer and telecommunications engineering technology department at Rochester Institute of Technology, was part of an international research team with Yamaha Corp. that developed the processing technology for layered, enhanced sound that replicated the distinct acoustics of a cathedral.

The technology was installed this past December for a concert at Tokyo University of the Arts, but the groundwork for the research began a year earlier, Kim explains.

“The Art Center of Tokyo is a modern hall, not even close to a European church or baroque concert hall, but we created that impression for the musicians and for the audience,” says Kim, who worked as a research associate at Yamaha Corp. before coming to RIT’s College of Applied Science and Technology in 2012.

World-renowned tuba player Eiichi Inagawa, and Nishioka Tatsuhiko, a professor at Tokyo University of the Arts, had approached Yamaha to help re-create the distinctive sound of a church or basilica, as many of the Baroque compositions Inagawa had selected for the performance were best suited for that setting.

Kim, part of the Yamaha team at that time, researched the acoustical fingerprints of various European halls and found a hall acoustically similar to the Basilica di San Marco in Venice, Italy, and replicated the auditory response of the venue. The signatures, or unique auditory impressions, of the basilica were captured using Yamaha’s Active Field Control technology.

“The theory is basically very simple, you capture the players’ performance and process it with the ‘fingerprints’ of the European hall, then reproduce that ‘convolved’ response—the recreated acoustics—through the loud speaker,” says Kim, who acted as a technical adviser of the Active Field Control system implementation for the concert. “The state-of-the-art equipment does real-time convolution and then generates the sound through the speakers in the hall.”

“Our students get very excited about the opportunity to work in audio because it is such an integral part of their lives,” he says. “They enjoy music, movies and gaming and their engineering technology background provides them with the ability to bridge the gap between the relatively complex theory with practical engineering applications.”

The combined, immersive sound was heard in real-time at the concert in Japan but gave the impression of music from a previous century. In this current century, Kim has brought that knowledge and experiences to RIT classrooms. “I look forward to having the same kind of concert here at RIT in the near future.”