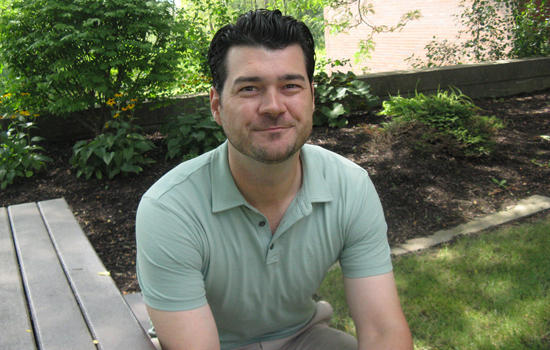 Vance Metal Fabricators in Geneva, N.Y., has built a brand name for its stainless steel fermenting and storage tanks for wine, beer and cider but was considering customer demand to be suppliers of a “turn-key brew-house system.”

“After months of research, we had to tell them no; it was a saturated market nearing the peak of its growth, and was outside of the company’s core competency to be profitable,” said Robert Everhart about his Executive MBA team’s Capstone project. “They were emotionally invested in the idea because the craft beer industry has an entrepreneurial appeal, but they took our advice and moved to Plan B, which was to focus on the tanks and not the whole system.”

Everhart said the project was “divide and conquer,” where each team participant worked on what they do best. “Josh concentrated on the brewery industry, Nicole did the bulk of the research and Dan and I split up the writing, framework and analysis of the data,” said Everhart.

Vance Marketing Manager Pat Farrington said the fabricator and manufacturing plant, founded in 1880, began making beverage tanks in the 1990s as a sideline product that would bear the company name. “With the Finger Lakes wineries in our own back yard, we thought the turn-key brew pub idea would help us achieve growth. The RIT team were great to work with and saved us lots of missteps and pitfalls.”

Vance is a member of Rochester Technology and Manufacturing Association and was one of the participants in the Saunders Executive MBA designed course on innovation, said Senior Lecturer and Executive in Residence Robert Boehner, who has taught in the Executive MBA program for the past 20 years.

“Three of our four Capstone projects last semester were RTMA affiliated, but we’ve helped both big and small companies in Rochester—from Gleason and Monroe Tractor, to Optimax and Strong Hospital,” said Boehner. “They come to us with serious problems they can’t solve themselves, and Vance was one of those companies we were strategically able to help. Like all of our Capstone students, Team 3 took ownership of the client and the problem.”

Everhart said many still ask the “magic question,” why pursue an Executive MBA?

“It’s about career advancement, career confidence and being able to engage in business conversations, but most of all it’s seeing your classmates as potential colleagues. I dream of ways to leverage those relationships I’ve made to make a difference in the future.”