Game on: RIT logs into esports 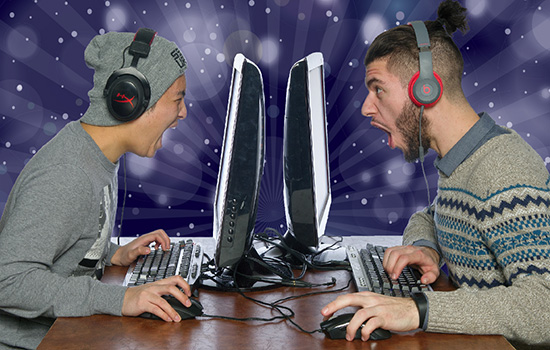 Like many amateur athletes, Peter Lam dreams of going pro.

“It takes dedication, practice and skill to earn that professional contract,” said Lam, a fourth-year management information systems major from San Jose, Calif. “Only the best of the top 1 percent of players are going to make it.”

Lam’s sport isn’t played on the court, or a field or an ice rink, but rather on computers in the arena of competitive video games, such as Dota 2 and League of Legends.

Lam is one of nearly 300 million people around the globe who are engaging in electronic sports—more commonly known as esports. Similar to soccer and basketball, amateur fans of video games want to compete in and watch games played at the highest level.

It can even pay to play. Gamers are competing in tournaments for millions of dollars in prize money, while audiences watch those matches in-person, through online stream services and even on ESPN2 and TBS.

On college campuses, higher education is logging in. Many universities are creating club teams, and at least seven colleges are offering scholarships for varsity athletes, while one has opened its own esports arena.

At RIT, Lam is part of a group of students, faculty and staff working to make RIT one the top schools for esports.

RIT became one of the first universities to offer e-sports as an intramural sport when it began its engagement last fall.

“We noticed that esports is something a big chunk of the campus is interested in,” said Brennan Coon, assistant director for intramurals. “It’s perfect for intramurals because the whole idea is to get people involved in their favorite recreational activity, whether they used to be a varsity athlete or are just looking to try something new.”

To get the first regular season off the ground, Coon worked along with students, RIT’s Center for Recreation and Intramurals, and faculty and staff from RIT’s B. Thomas Golisano College of Computing and Information Sciences—spearheaded by that college’s School of eInteractive Games and Media.

“I helped to get the intramural league set up because I was captain of the RIT team that reached the top 64 in the Heroes of the Dorm tournament last year,” said Rachael Bosley, a fourth-year applied arts and sciences major from Earlysville, Va. “The reason I wanted to start intramurals here is because the skill floor is very low in comparison to other games, meaning that anyone can pick up the game fairly quickly and join their friends in playing.”

Nearly 50 students competed in weekly match-ups during the 10-week season, all in hopes of capturing a team photo with the championship trophy and the right to wear a coveted RIT Intramural Champions T-shirt.

“Instead of just playing alone at home, we actually can meet up, talk and play in the same room, which is really fun,” said Bosley. “Our team ranged from a very new player to a grandmaster—someone in the top 1 percent of players in the Americas—so we have been learning how to work with a bunch of different skill levels and play to everyone’s strengths.”

A culture of gaming has existed at RIT for years. The Electronic Gaming Society, RIT’s video gaming student club, hosts weekly meetings and LAN parties throughout the semester.

“We understood that the RIT community wanted this, so we’re bringing it institute-wide,” said Chad Weeden, assistant director of IGM. “In the future, we hope to mature e-sports at RIT, to host big tournaments on campus and even have club and varsity teams.”

At some universities, varsity e-sports teams are supported through scholarships, facilities, coaching and health and wellness benefits. The team represents the university at some of the dozens of collegiate esports leagues and tournaments hosted every year.

Weeden also explains that the growing esports trend could lead to academic research, a new Casters Club at RIT—for those interested in becoming the popular commentators for esports events—and a wealth of careers in the esports industry.

That’s a promising sign for Lam. Even if he doesn’t make it to the pros in Dota 2 after graduation, he knows that he will make his career out of esports.

Register before Feb. 15 as an individual free-agent for the upcoming League of Legends season. 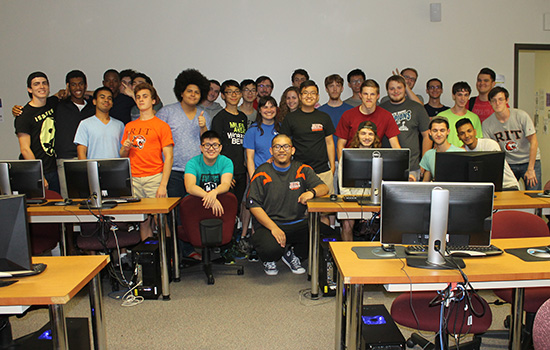 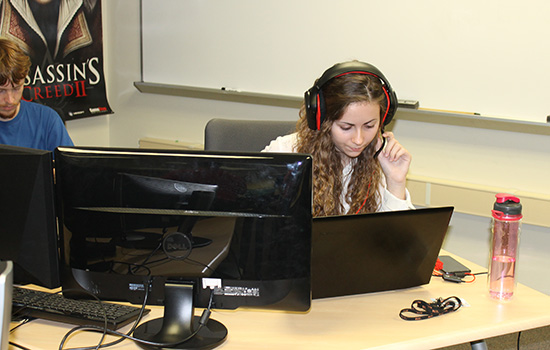 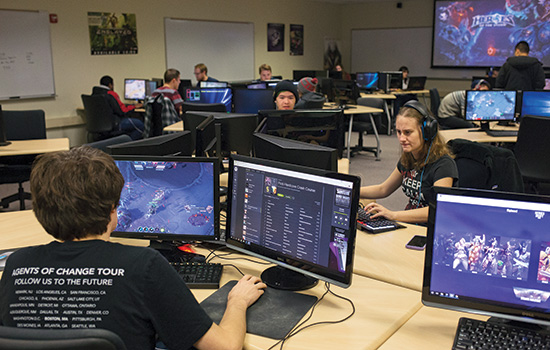