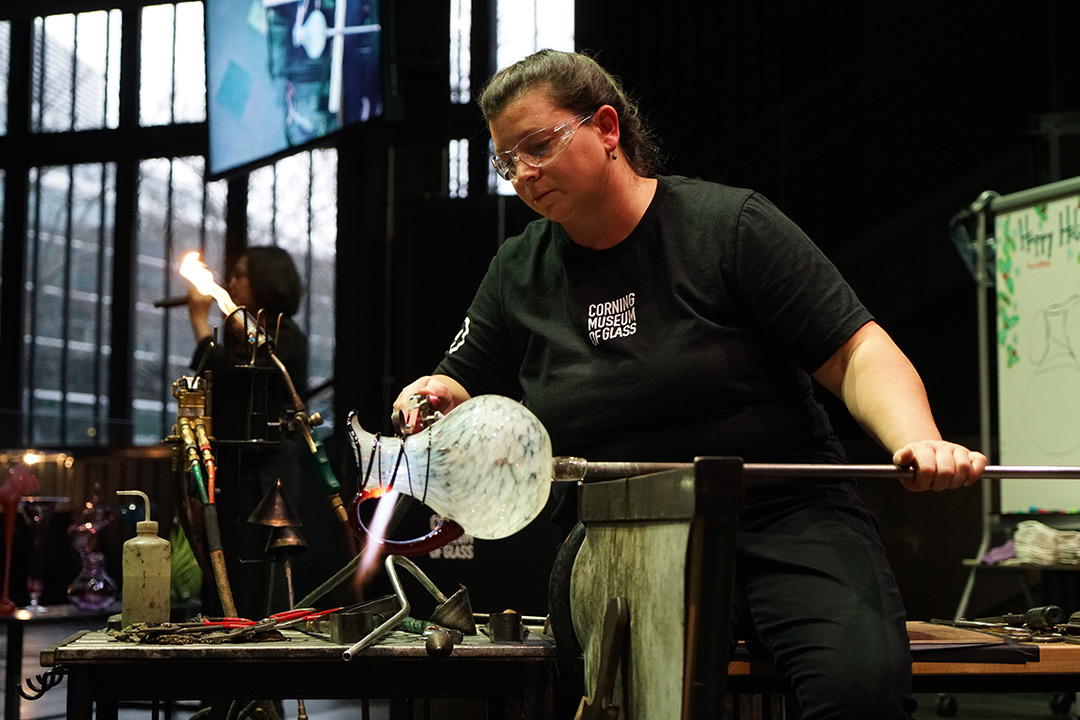 Catherine Ayers ’06 (glass), a glassmaker at Corning Museum of Glass, was an expert on the Netflix series Blown Away.

Blown Away, which begins airing July 12 on the streaming platform, follows a group of 10 highly skilled glassmakers who compete in challenges in 10 episodes. Catherine Ayers ’06 (glass) is one of six Corning Museum of Glass experts who assists the two finalists in the last challenge.

“It is just like every reality show—you have the pressure, the time limit and the big task,” Ayers said. “Glass is such a finicky material. If you aren’t all there and in focus, lots of things can go wrong. The pressure was on but it was fun.”

Ayers liked it so much that she transferred to RIT to enroll in the glass program.

Robin Cass, a professor in the College of Art and Design, said others involved in the show also have RIT connections.

Contestant Alexander Rosenberg, a Philadelphia-based artist, was an artist-in-residence at RIT in 2009-10.

When asked if she used her RIT education when working with the contestants, Ayers said that— without giving away specifics—she is thankful that she had Cass as a glass instructor.

“I feel very fortunate to be influenced by a strong female glass maker and artist in a world that is mostly made up of men,” Ayers said.

The winner of Blown Away was awarded the title of “Best in Blow” and a $60,000 prize package, which includes a guest artist appearance at Corning Museum of Glass.

The museum is also displaying the work of each Blown Away competitor this summer in the exhibit “Blown Away: Glassblowing Comes to Netflix.” 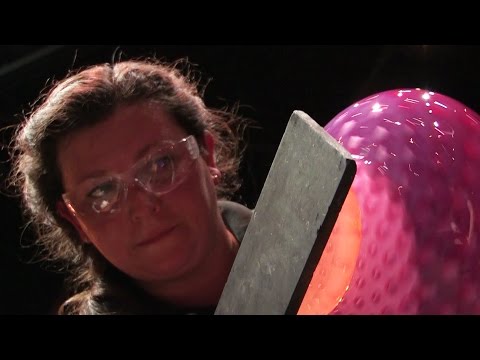