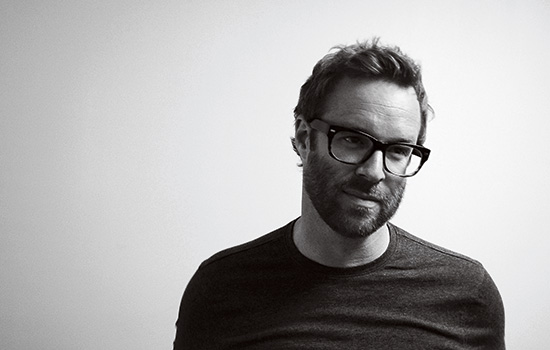 Adam Rogers ’10 is the product manager for Thos. Moser Cabinetmakers.

Adam Rogers ’10 (furniture design) was working as an interior architect when he realized he wanted to actually make the things he was designing.

He set aside his architecture degree and five years of work experience and enrolled in RIT’s furniture design MFA program.

“I threw caution to the wind and committed to this life of making things from wood,” Rogers says.

The plan worked. Furniture he designed recently won a silver award in the Best of NeoCon competition. NeoCon is the country’s largest tradeshow for architecture and design professionals and features thousands of products and resources from more than 700 showrooms and exhibitors.

Rogers is the product manager for Thos. Moser Cabinetmakers, a company based in Auburn, Maine, which makes American-designed, engineered and built products. Rogers began working for Thos. Moser right after graduation. He started in custom design and his job evolved into new products and product design. He now manages the process for all new products and the Engineering Department.

His first furniture line, called the Element Collection—featuring a desk/table, credenza/filing cabinet, coffee table, hall table, and bench—was introduced at NeoCon in June. It is the first time Thos. Moser has launched a product designed by someone outside of the Moser family.

Rogers says the joinery he learned at RIT and cut by hand is now being made on a large scale in this collection. He credits his education for helping him land the job at Thos. Moser.

Last school year, Rogers worked with eight RIT students on a collaborative project to design a stool for the Moser furniture line. Rogers checked in with the students every few weeks using Skype. He made Moser experts available to talk to them along the way, provided critiques and then visited in May to see their final products.

Rich Tannen, a professor of furniture design in the School for American Crafts, says that the formal documentation of the students’ designs was exhibited in May during Design Week 2013 in New York City.

Tannen says the project—and Rogers— inspired the students. “He is really doing what he hoped to be doing after graduation,” Tannen says. “He’s a great success story.” 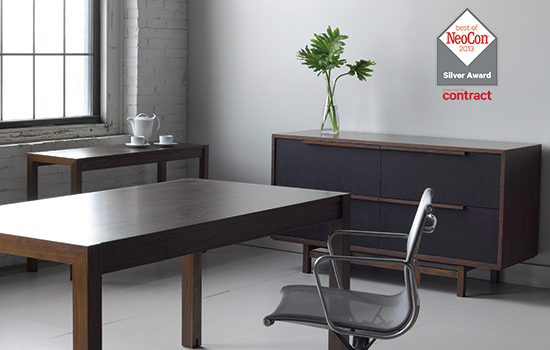 His first furniture line, called the Element Collection, was introduced this summer and won an award. Provided photo