Microsoft’s Kipman to be commencement speaker 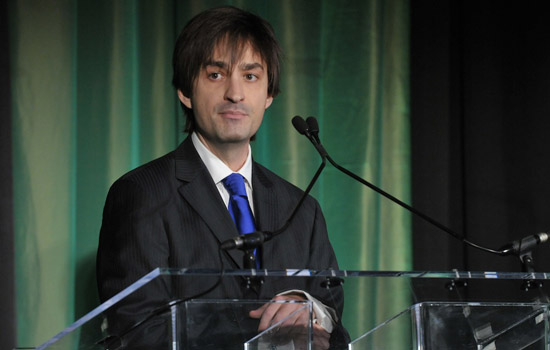 Alex Kipman, 2001 RIT graduate and one of this year’s Distinguished Alumni, will be the keynote speaker at the 2013 Commencement, set for May 17.

Alex Kipman, the Microsoft engineer who was recently honored as National Inventor of the year for his work on Kinect for the Xbox 360 video game system and Windows PCs, will be the keynote speaker for Rochester Institute of Technology’s 128th commencement celebration.

His speech will be at the Academic Convocation, set for 2 p.m. May 17 in the Gordon Field House and Activities Center. Kipman is one of nine distinguished alumni that RIT honored this year, and President Bill Destler said the university is honored to welcome him back as commencement speaker.

“Alex’s creativity and success as an innovator is an inspiration,” Destler says. “His message is sure to resonate with our graduates, and we look forward to having him back on campus for our commencement celebration.”

Kipman joined Microsoft in 2001, shortly after graduating from RIT’s B. Thomas Golisano College of Computing and Information Sciences with a degree in software engineering. For the past five years, he has worked at Microsoft as general manager of incubation for Xbox in the company’s Interactive Entertainment Business unit.

In December, he was honored by the nonprofit Intellectual Property Owners Education Foundation as National Inventor of the Year. Past recipients of that award include those responsible for the Jarvik Seven Artificial Heart and Bose speaker technology.

“Graduation, like many other life events, is the process of turning a page and opening a brand-new chapter. In every case, the new chapter has a probability to yield the next profound revolution in knowledge and life as we know it,” Kipman says. “I'm deeply thankful to RIT for inviting me to be part of this yearly phenomenon, and to the graduating class for allowing me to associate my name with this very special, once in a lifetime event.”

At the Academic Convocation, Destler will confer degrees upon some 3,500 undergraduate and graduate students. The event kicks off RIT’s two-day commencement celebration. For more information, go to www.rit.edu/commencement.