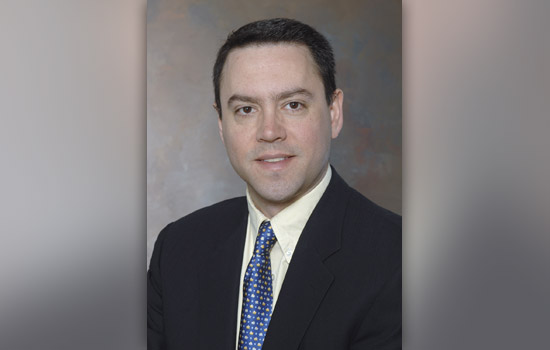 The discovery of 13 diffuse interstellar bands with the longest wavelengths to date could someday solve a 90-year-old mystery.

Astronomers have identified the new bands using data collected by the Gemini North telescope of stars in the center of the Milky Way.

Nature reports on its website today findings that support recent ideas about the presence of large, possibly carbon-based organic molecules—“carriers”—hidden in interstellar dust clouds. The paper will also appear in the Nov. 10 print issue of the journal.

“These diffuse interstellar bands—or DIBs—have never been seen before,” says Donald Figer, director of the Center for Detectors at Rochester Institute of Technology and a co-author of the study. “Spectra of stars have absorption lines because gas and dust along the line of sight to the stars absorb some of the light.”

“The most recent ideas are that diffuse interstellar bands are relatively simple carbon bearing molecules, similar to amino acids,” he continues. “Maybe these are amino acid chains in space, which supports the theory that the seeds of life originated in space and rained down on planets.”

“Observations in different Galactic sight lines indicate that the material responsible for these DIBs ‘survives’ under different physical conditions of temperature and density,” adds Paco Najarro, scientist in the Department of Astrophysics in the Center of Astrobiology in Madrid.

“We saw the same absorption lines in the spectra of every star,” Figer says. “If we look at the exact wavelength of the features, we can figure out the kind of gas and dust between us and the stars that is absorbing the light.”

Diffuse interstellar bands have remained a puzzle since their initial discovery 90 years ago. The 500 bands identified before this study mostly occur at visible and near-infrared wavelengths. The observed lines do not match predicted lines of simple molecules and cannot be pinned to a single carrier.

“None of the diffuse interstellar bands has been convincingly identified with a specific element or molecule, and indeed their identification, individually and collectively, is one of the greatest challenges in astronomical spectroscopy,” says lead author Thomas Geballe, from the Gemini Observatory. “Recent studies have suggested that DIB carriers are large carbon-containing molecules.”

The newly discovered infrared bands can be used as probes of the diffuse interstellar medium, especially in regions in which thick dust and gas obscure observations in the optical and shorter wavelength bands.

Studying the stronger emissions in the group may lead to an understanding of their molecular origin. Some day laboratory spectroscopy could be used to identify the infrared diffuse interstellar bands. No one has been successful yet at reproducing the interstellar bands in laboratory, Figer notes, due to the multitude of possibilities and the difficulty of reproducing the temperatures and pressures the gas would experience in space.

About the Center for Detectors: Imaging detectors reaching the edge of outer space and deep into the inner space of the human body inspire scientists and engineers in the Center for Detectors at Rochester Institute of Technology’s College of Science. Research at the center extends the possibilities of photon sensors in fields as diverse as astrophysics, biophotonics and defense.

About RIT: Rochester Institute of Technology is internationally recognized for academic leadership in computing, engineering, imaging technology, sustainability, and fine and applied arts, in addition to unparalleled support services for deaf and hard-of-hearing students. RIT enrolls 17,500 full- and part-time students in more than 200 career-oriented and professional programs, and its cooperative education program is one of the oldest and largest in the nation.

For two decades, U.S. News & World Report has ranked RIT among the nation’s leading comprehensive universities. RIT is featured in The Princeton Review’s 2012 edition of The Best 376 Colleges as well as its Guide to 311 Green Colleges. The Fiske Guide to Colleges 2012 includes RIT among more than 300 of the country’s most interesting colleges and universities.

About the Gemini Observatory: The Gemini Observatory is an international collaboration with two identical 8-meter telescopes. The Frederick C. Gillett Gemini Telescope is located on Mauna Kea, Hawaii, (Gemini North) and the other telescope on Cerro Pachón in central Chile (Gemini South); together the twin telescopes provide full coverage over both hemispheres of the sky. The telescopes incorporate technologies that allow large, relatively thin mirrors, under active control, to collect and focus both visible and infrared radiation from space.

The Gemini Observatory provides the astronomical communities in seven partner countries with state-of-the-art astronomical facilities that allocate observing time in proportion to each country’s contribution. In addition to financial support, each country also contributes significant scientific and technical resources. The national research agencies that form the Gemini partnership include: the U.S. National Science Foundation, the UK Science and Technology Facilities Council, the Canadian National Research Council, the Chilean Comisión Nacional de Investigación Cientifica y Tecnológica, the Australian Research Council, the Argentinean Consejo Nacional de Investigaciones Científicas y Técnicas and the Brazilian Conselho Nacional de Desenvolvimento Científico e Tecnológico. The observatory is managed by the Association of Universities for Research in Astronomy Inc. under a cooperative agreement with the National Science Foundation, which also serves as the executive agency for the international partnership. For more, go to the Gemini Observatory website.