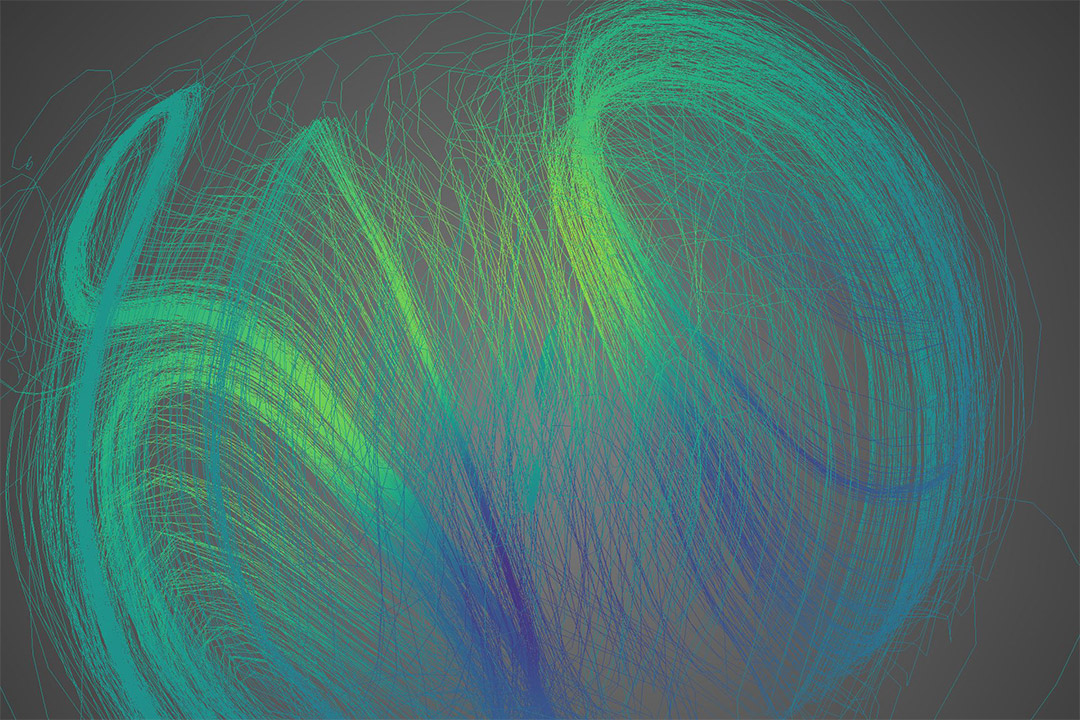 A recent simulation of the magnetic field lines from a rotating neutron star using the Einstein Toolkit.

The Einstein Toolkit is a community-developed code for simulating the collisions of black holes and neutron stars, as well as supernovas and cosmology. The RIT numerical Relativity group, including Associate Professor Yosef Zlochower, Professor Manuela Campanelli and Professor Joshua Faber, have been part of the Einstein Toolkit consortium since its creation more than a decade ago.

“The Einstein Toolkit has been critical to our simulations of binary black hole and binary neutron star mergers and our modeling of gravitational waveforms for LIGO,” said Zlochower, principal investigator of the grant to RIT.

One of the key targets of modern numerical relativity simulations is the mergers of black holes and neutron stars, particularly the extreme mass ratio limit of binary black holes and evolutions of the hypermassive remnant from neutron star mergers. These challenging simulations will require exascale-level resources, and the NSF award to RIT of a grant of nearly $440,000 will support RIT students and faculty as they work to make the toolkit scale to hundreds of thousands of processors on some of the largest super computers in the world.

“The Einstein Toolkit is used extensively by graduate and undergraduate students at RIT working with faculty at the Center for Computational Relativity and Gravitation,” according to co-PI Faber.

“The Einstein Toolkit has been a critical resource for the Center for over a decade,” added co-PI Campanelli, director of the CCRG.

Zlochower noted that these efforts will have an impact on numerical relativity groups around the world, since the Toolkit is open source and available for use by researchers and students at institutions ranging in size from small colleges up to large research universities. For more information, visit the Einstein Toolkit website.