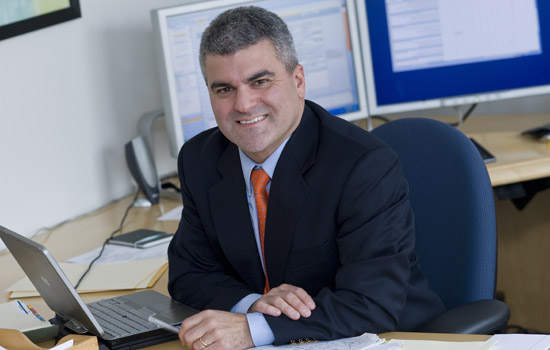 New research published in the academic journal Energy Policy suggests that electric-vehicle proponents and policymakers have missed the mark when it comes to targeting mainstream consumers, arguing that tax incentives for mainstream buyers are “wasteful, inefficient and ineffective.”

James Winebrake, dean of Rochester Institute of Technology’s College of Liberal Arts and an expert in energy technology, global warming, transportation and energy and environmental policy, is one of the co-authors who question the wisdom of the electric-vehicle (EV) tax credit which provides up to $7,500 to people who purchased an EV in 2013. President Obama has proposed increasing the tax credit to $10,000 in coming years.

“The U.S. electric vehicle tax credit ultimately turns out to be a large transfer of wealth from public coffers to individuals—many of whom are quite wealthy—who would have likely bought electric vehicles even without the credit,” said Winebrake. “The tax credit has been shown to have little impact on increasing market penetration of electric vehicles in any meaningful way.”

In addition to highlighting the ineffectiveness of the tax credit, the authors argue that the government’s EV research and development expenditures, and its focus on expanding public EV recharging stations, are misallocated.

The government, the study authors argue, should shift efforts to focus investment in niche market development such as “car-sharing” programs—where members share amongst a pool of vehicles, and fleets.

“Why not bring the technology to applications where it fits best, rather than seeking to meet the stringent performance standards of the highest common denominator? ” said Erin Green, lead author, RIT alumna and president of Green Energy Consulting in Rochester, N.Y. “Instead of exclusively reaching to grasp an ever-rising bar of ambitious technology goals, we see niche markets as an appropriate place to concentrate federal incentives for electric vehicle development and use. For example, supporting the use of electric vehicles in car-sharing programs in urban areas can result in greater energy and air quality benefits, cost-effectively.” Green also suggests focusing EV investment strategically in fleets such as the U.S. Postal Service (USPS), where centralized on-site charging facilities are available and range concerns are minimized—the average USPS vehicle route is only 17 miles, she noted.

According to Green, another problem with seeking to meet ambitious performance expectations of mainstream consumers is that achievement of EV performance goals tend to remain years in the future, and may increase EV costs, thus keeping EVs out of financial reach to most consumers. The authors believe that policymakers should aim research efforts at early adopters such as ‘green’ consumers, who have demonstrated willingness to accept tradeoffs in EV performance and features in exchange for achieving environmental benefits and fuel savings.

Ultimately, Winebrake says that it remains to be seen whether policies should remain focused on niche markets indefinitely, and eventually these markets will need to establish themselves into self-sustaining markets if there is to be a promising future for electric vehicles.